Cape Point is a headland at the southeast corner of the Cape Peninsula where the Atlantic Ocean and the Indian Ocean pretend to meet. In fact the meeting point of the two oceans fluctuates along the southern and southwestern Cape coast. Cape Point is home to a lighthouse and is situated within Table Mountain National Park. The old lighthouse at the top of Cape Point was replaced through a new lighthouse as the old one often couldn’t be seen because of the foggy conditions around Cape Point. 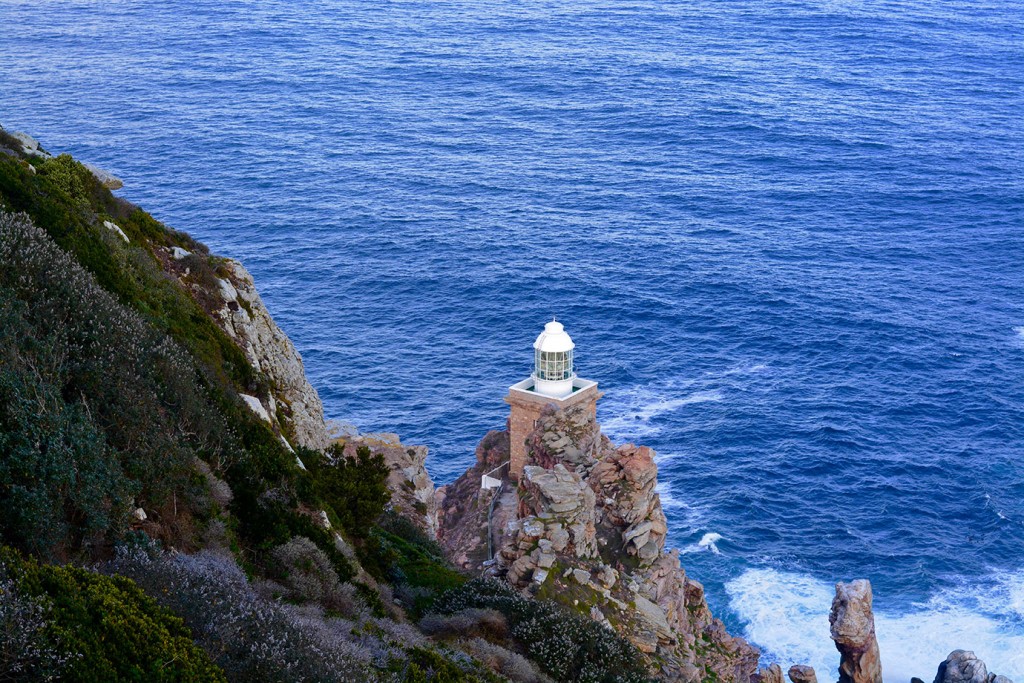 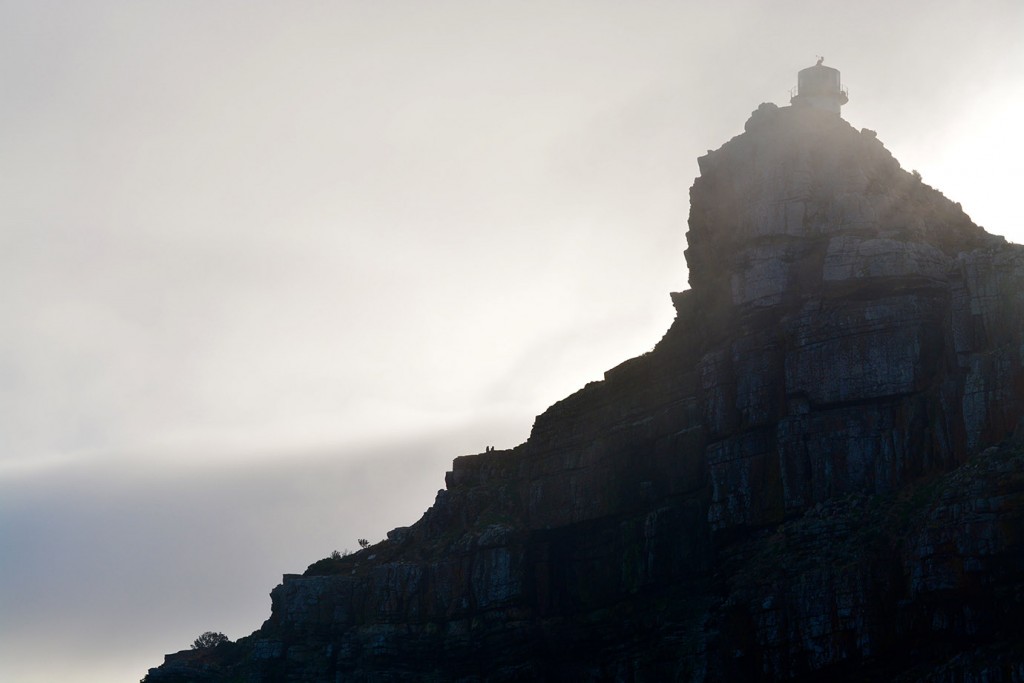 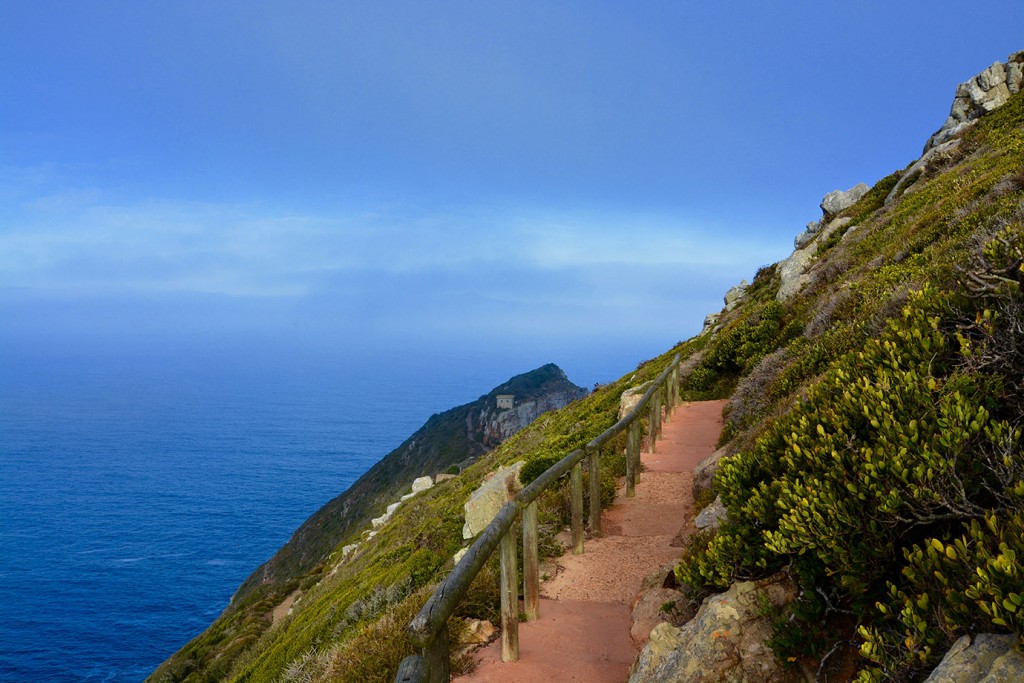 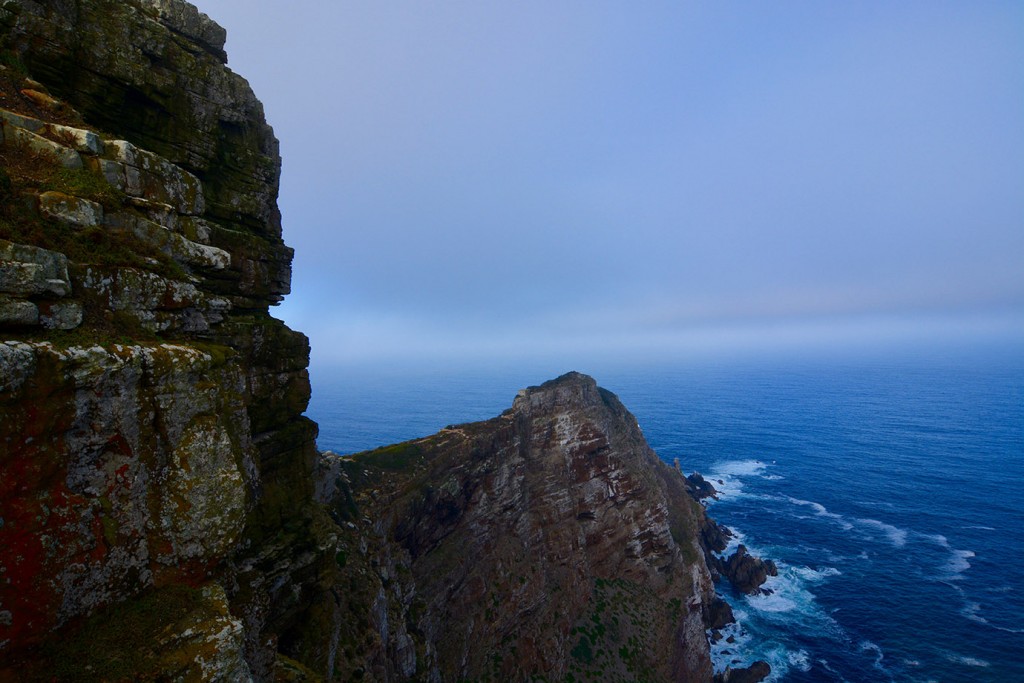 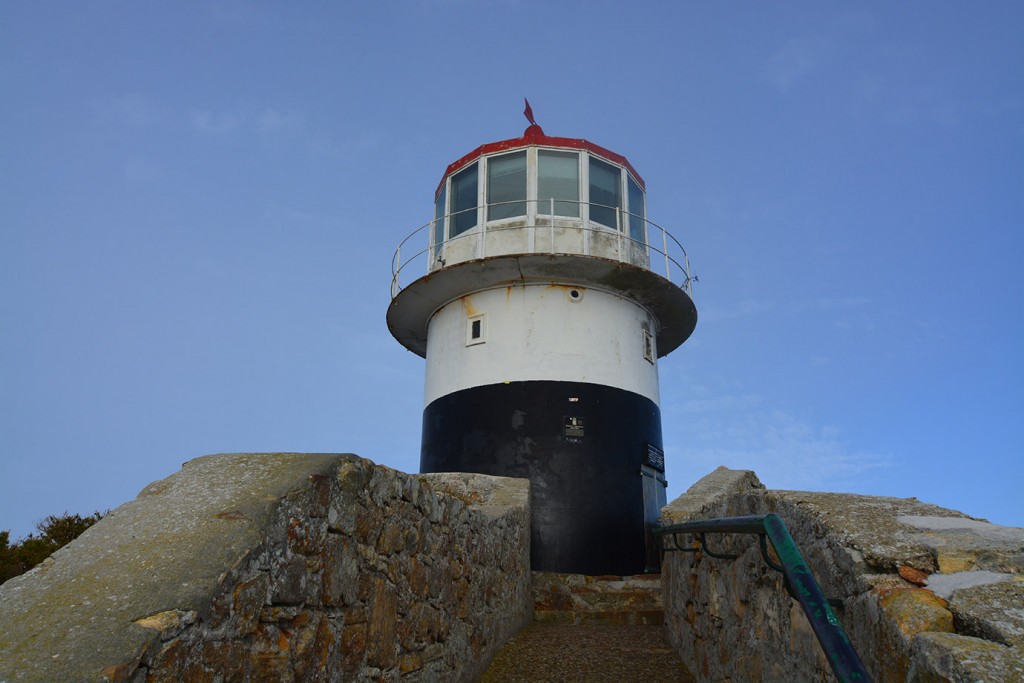 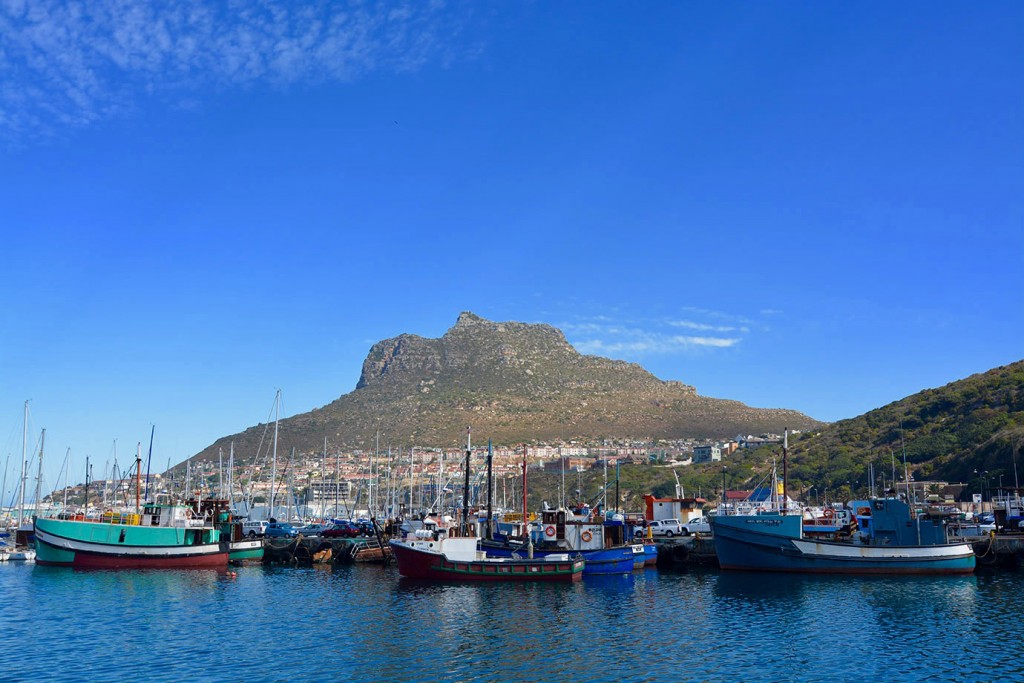 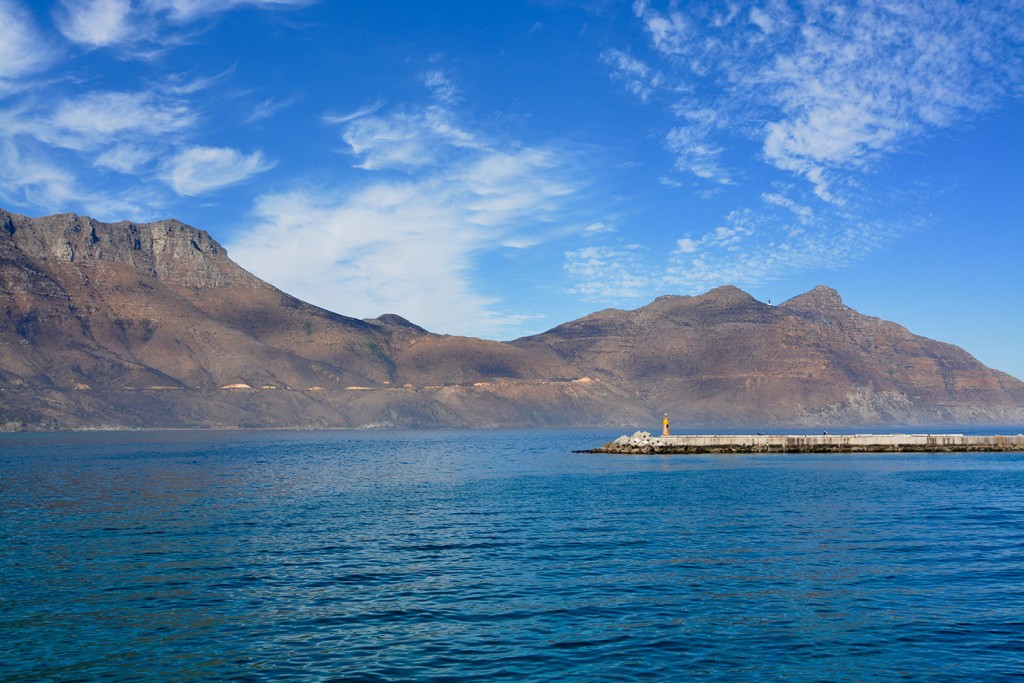 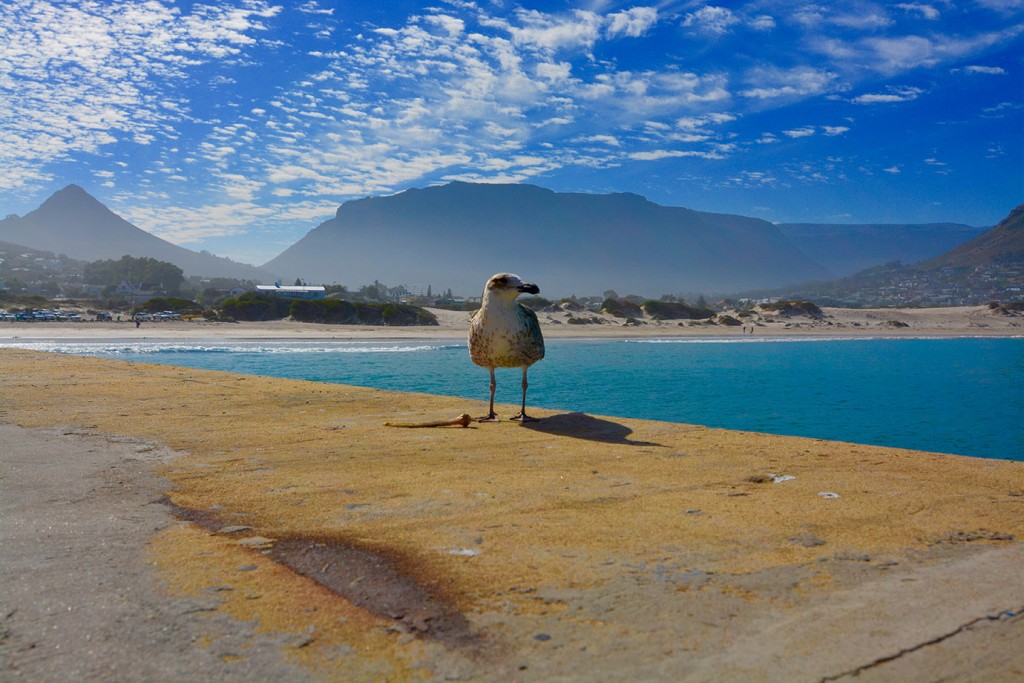 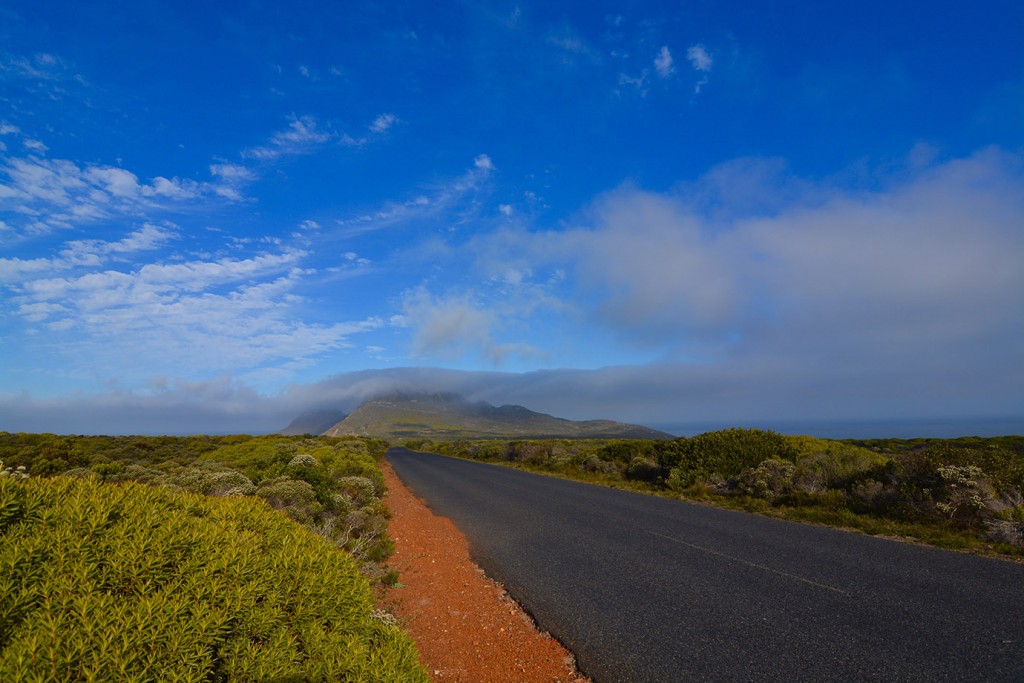 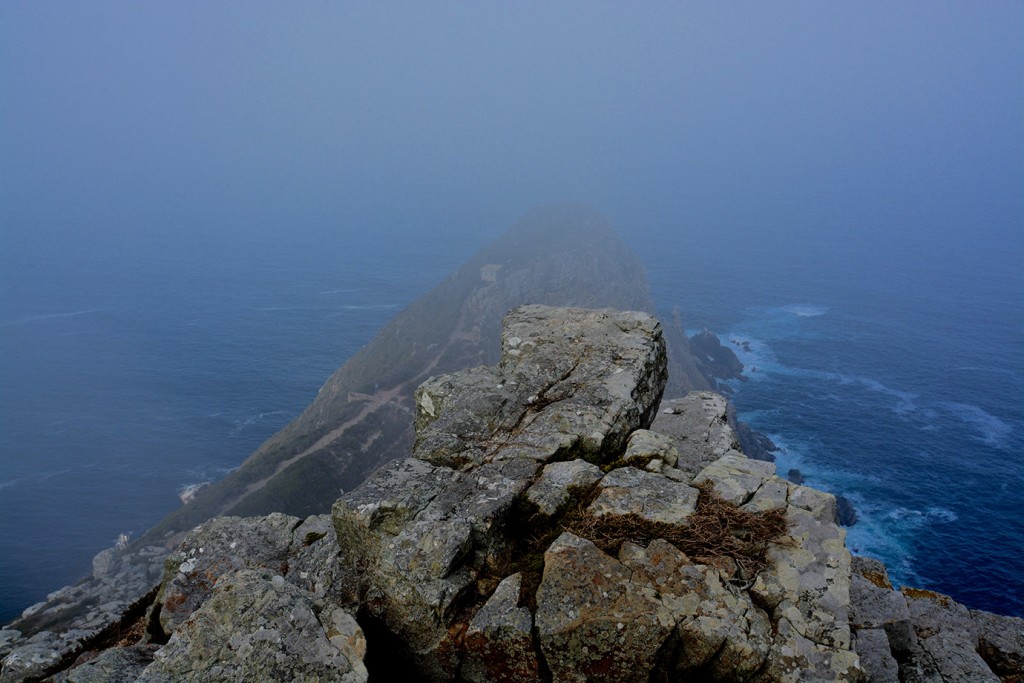