Cape Reinga is New Zealand’s northwesternmost point and consequently on the North Island of New Zealand. However it is not the northernmost point of the mainland of New Zealand. The cape is at about 100 kilometres away from the nearest village. The official name of Cape Reinga is Cape Reinga/Te Renrenga Wairua. In the Māori language Reinga means underworld and Te Rerenga Wairua means leaping-off place of spirits. Both refer to the Māori belief that the headland is the place where the spirits of the dead enter the underworld. On their journey to afterlife the ghosts leaping-off the cape and climb down the roots of the 800-year-old pohutukawa tree to eventually return to their traditional homeland of Hawaiki. At Cape Reinga furthermore a lighthouse can be found. Cape Reinga Lighthouse was built in 1941 and replaced the Cape Marie Van Diemen Lighthouse on nearby Matuopao Island. 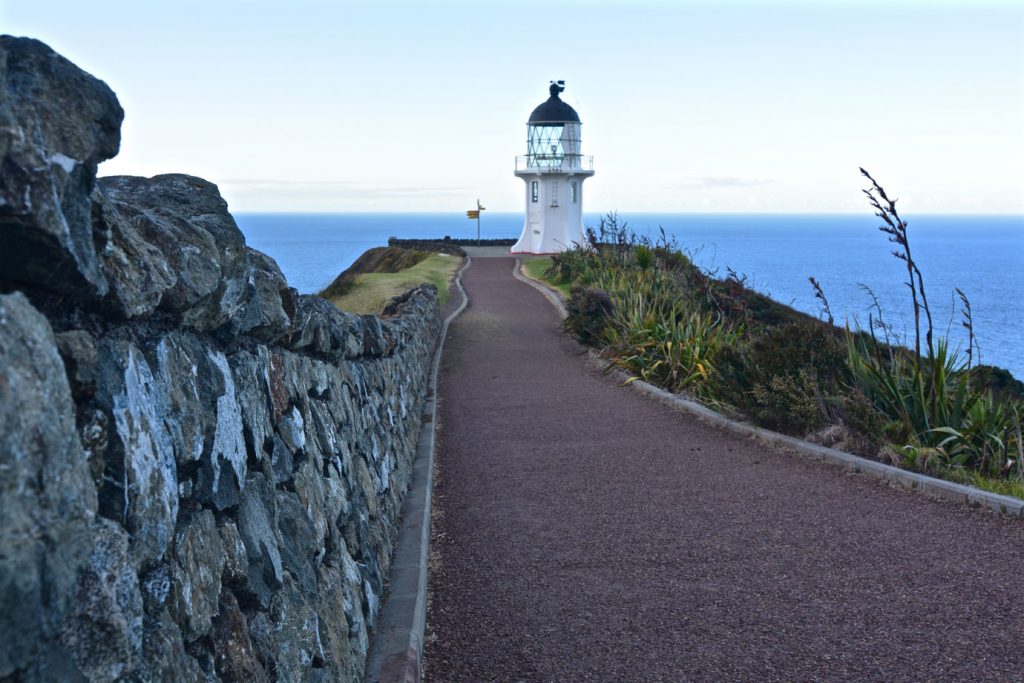 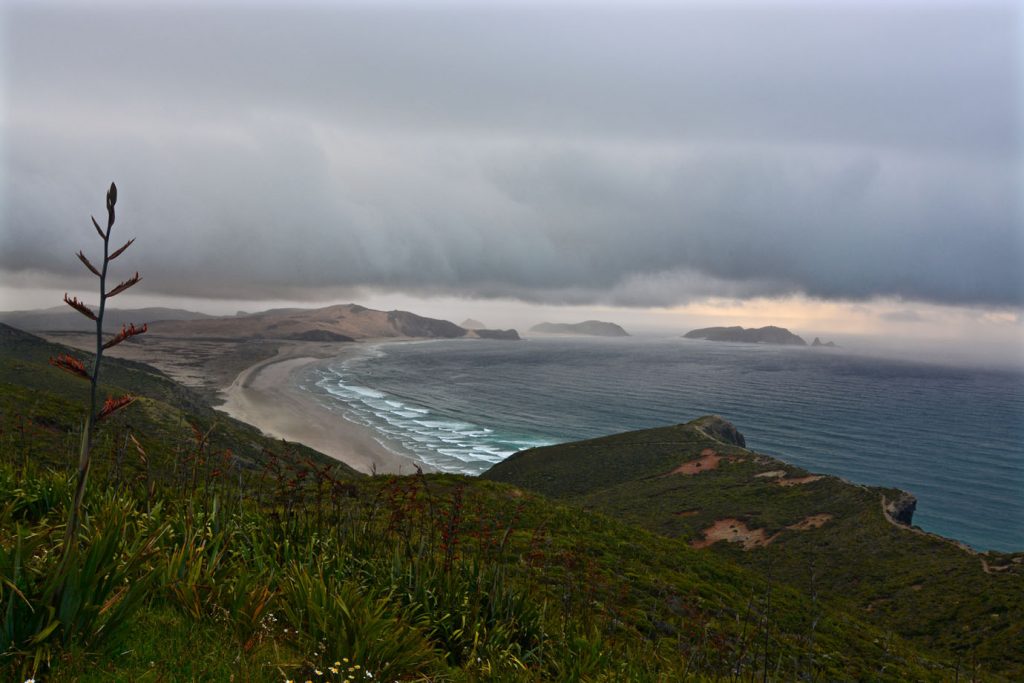 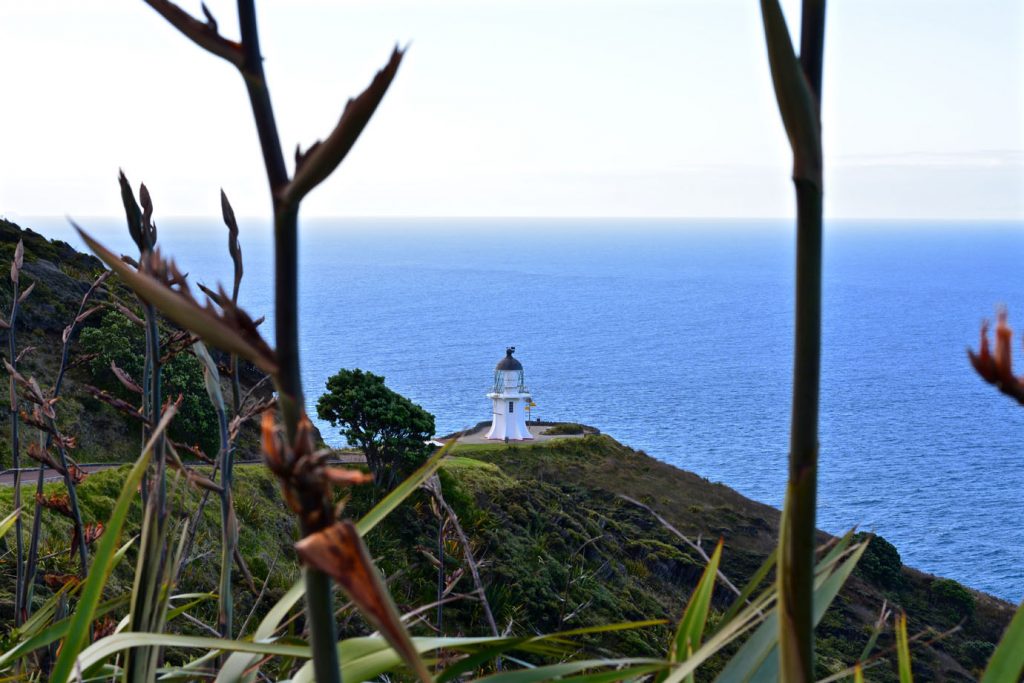 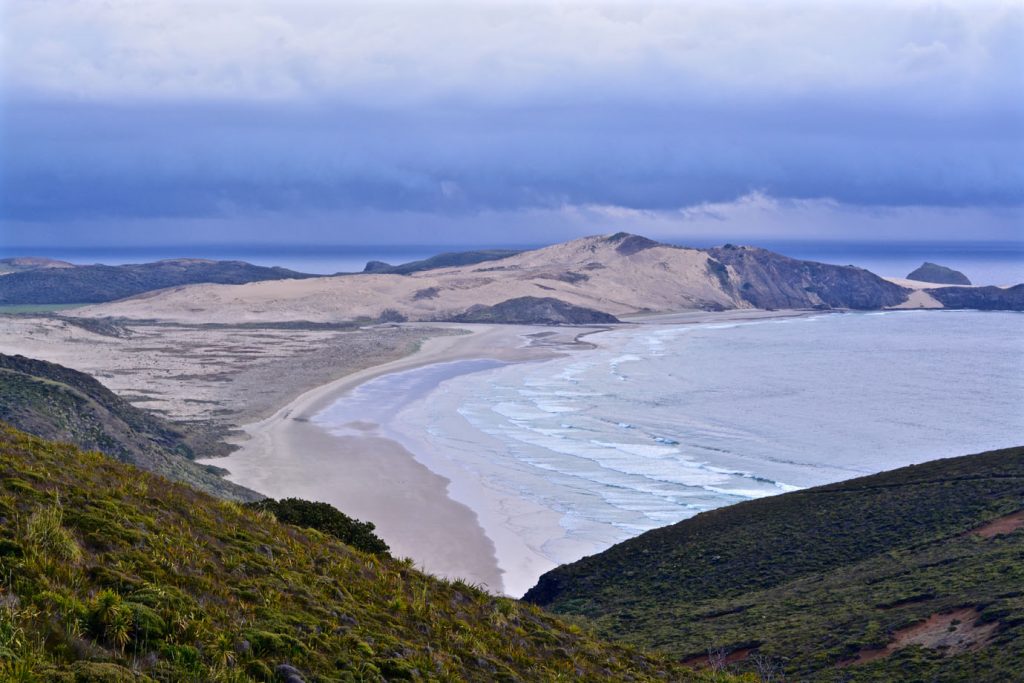 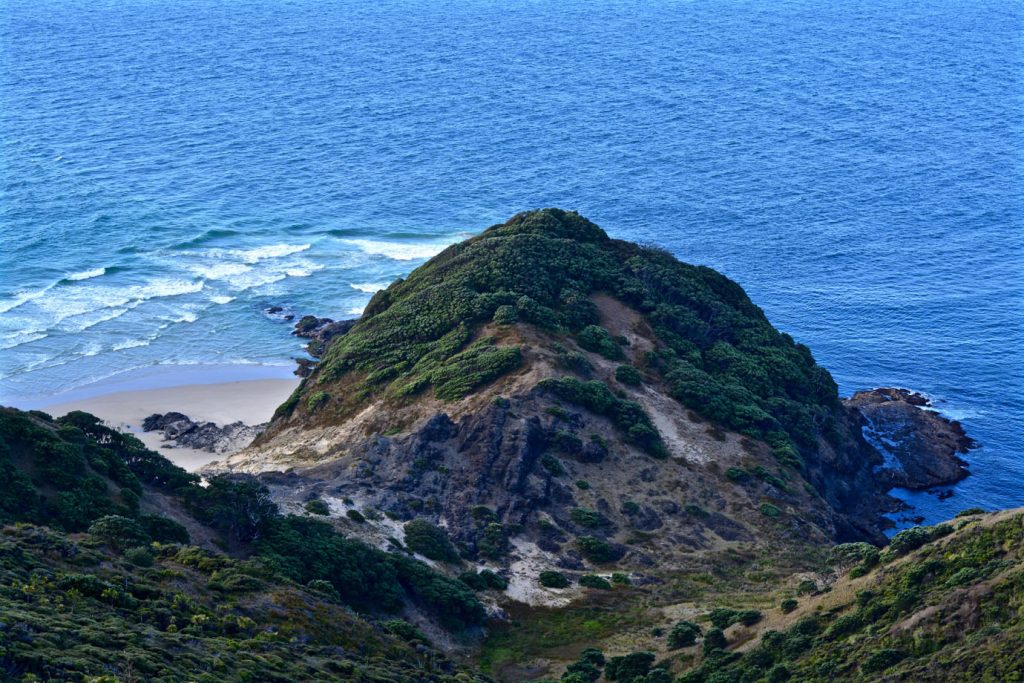 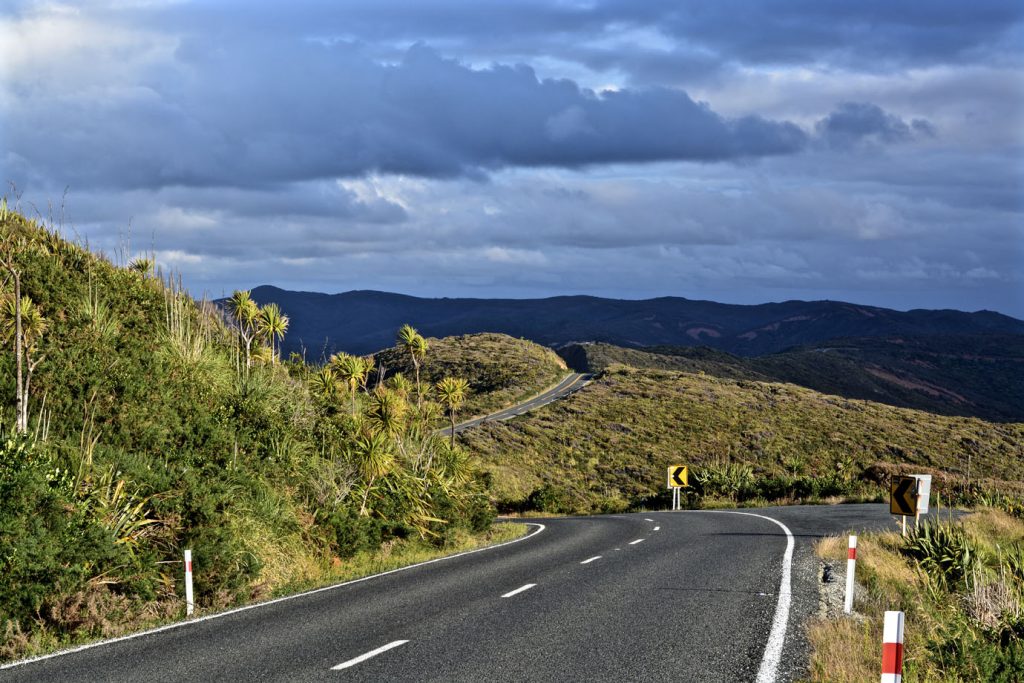 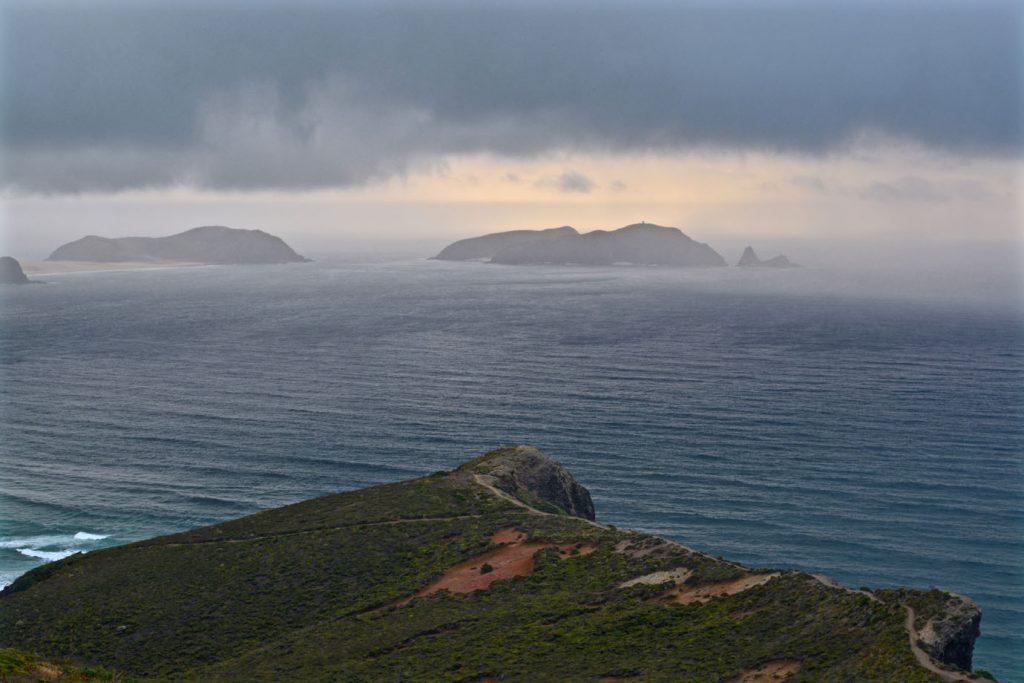 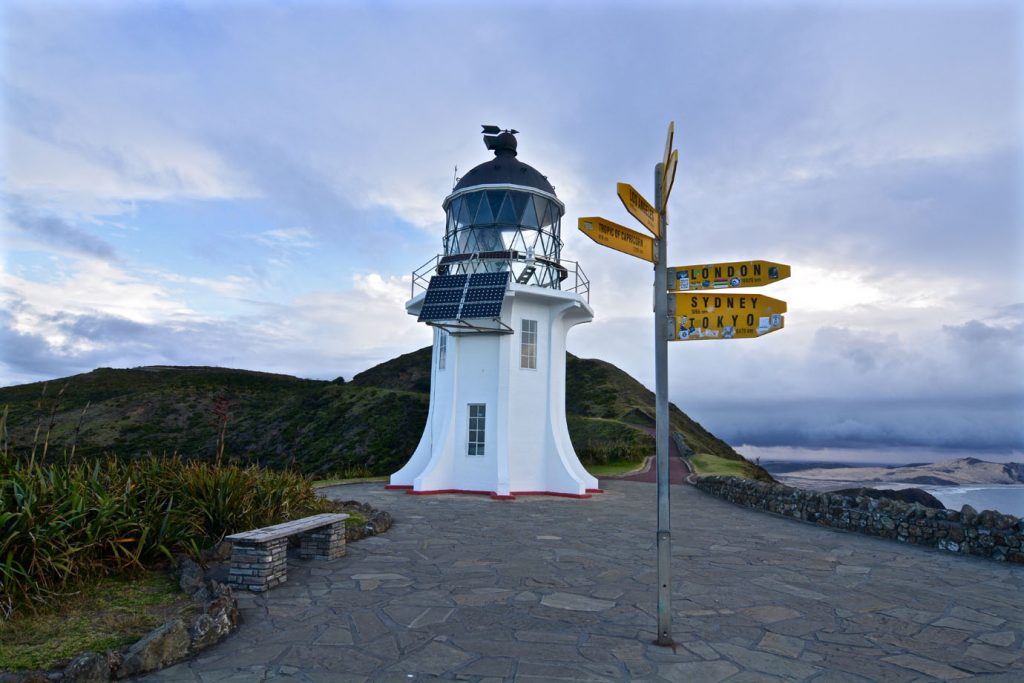