The Furka Pass is a high mountain Pass in the Swiss Alps with an elevation of 2.429 metres. Built in 1867, it connects the village of Gletsch in the canton of Valais with the village of Realp in the canton of Uri. The Furka Pass is known for its appearance in the James Bond film Goldfinger and the picturesque Hotel Belvédère. Because of a wrong map in the James Bond movie, it appears that the Furka Pass is located next to Geneva, but actually, it is located next to Lucerne in central Switzerland. The Furka Pass got its name from the Latin word furca, which stands for a two-pronged fork. 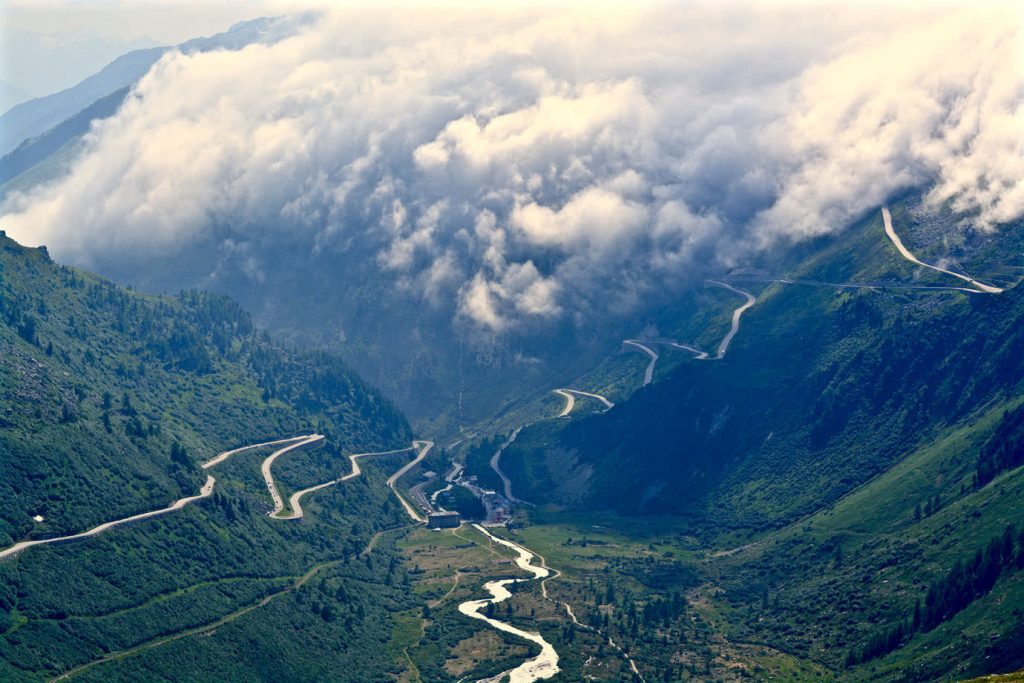 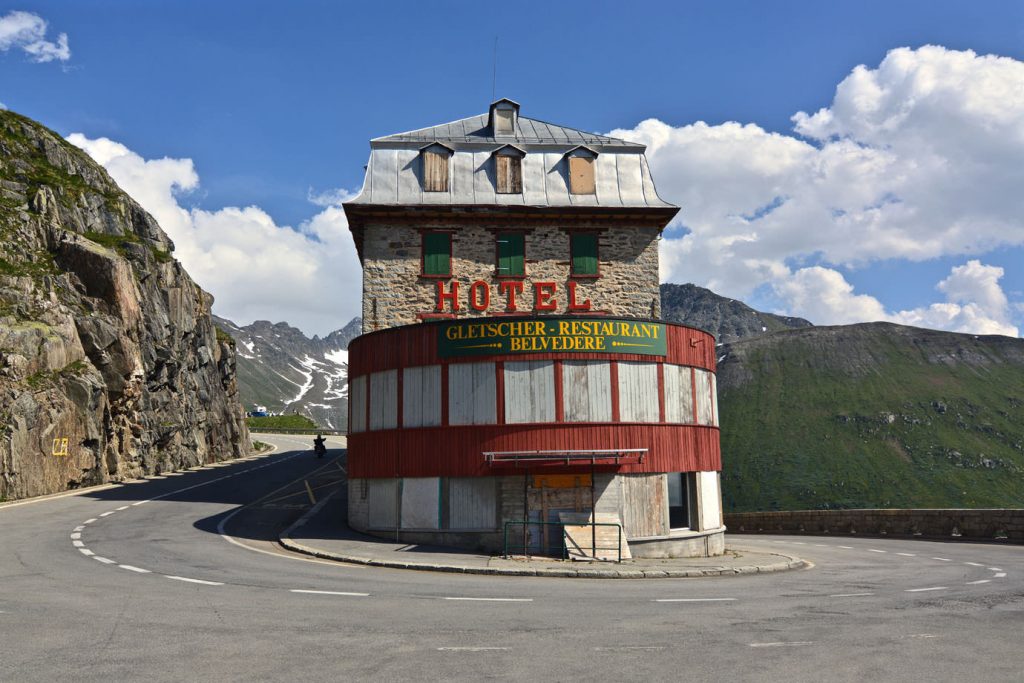 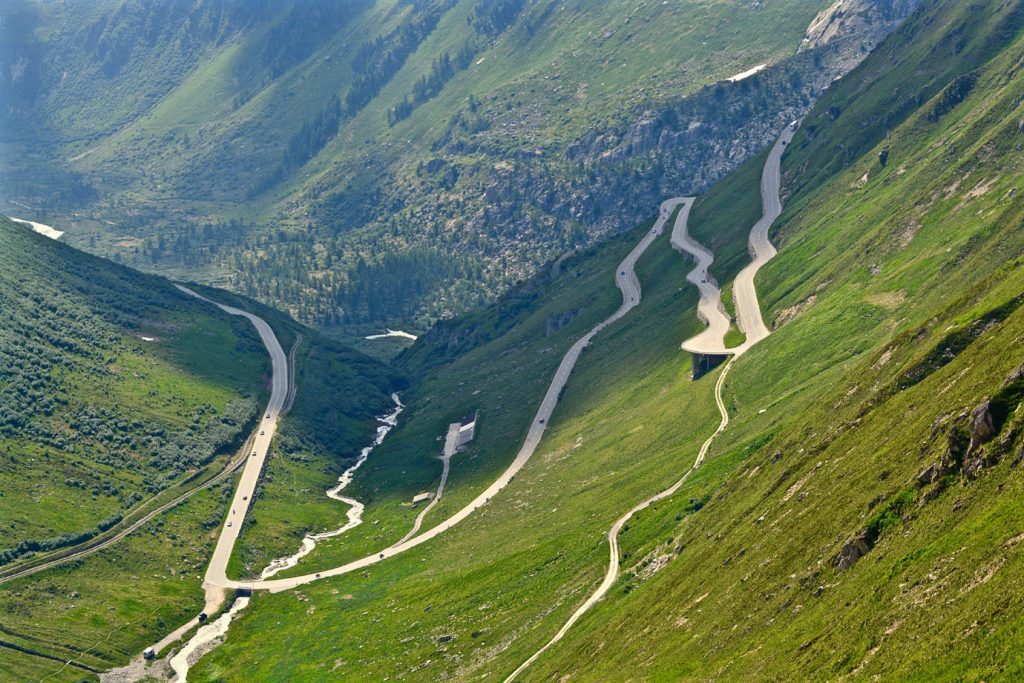 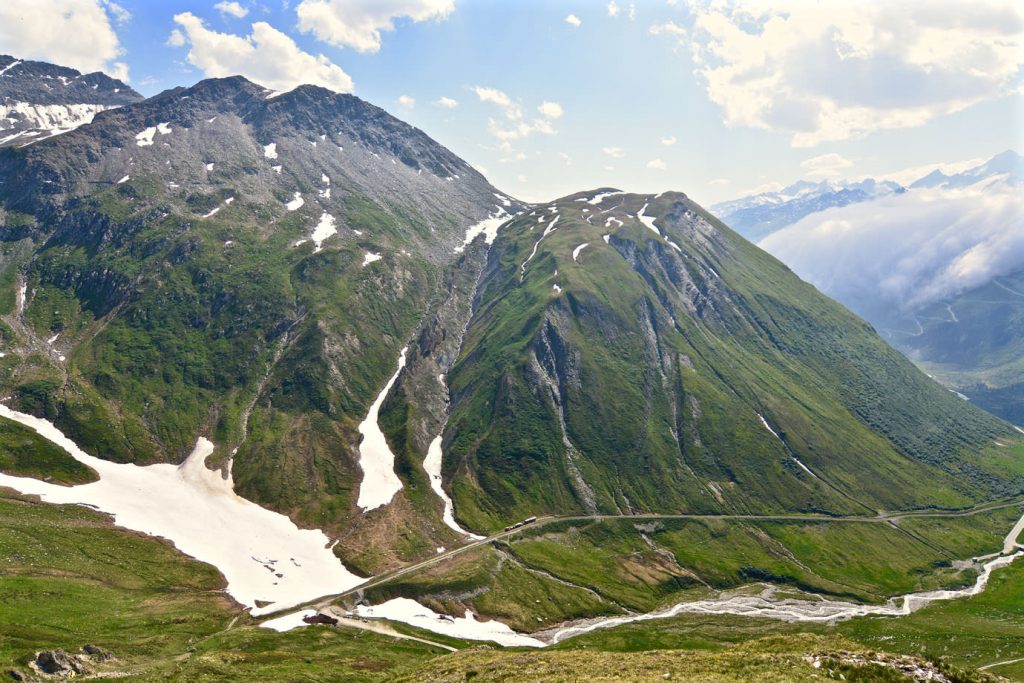 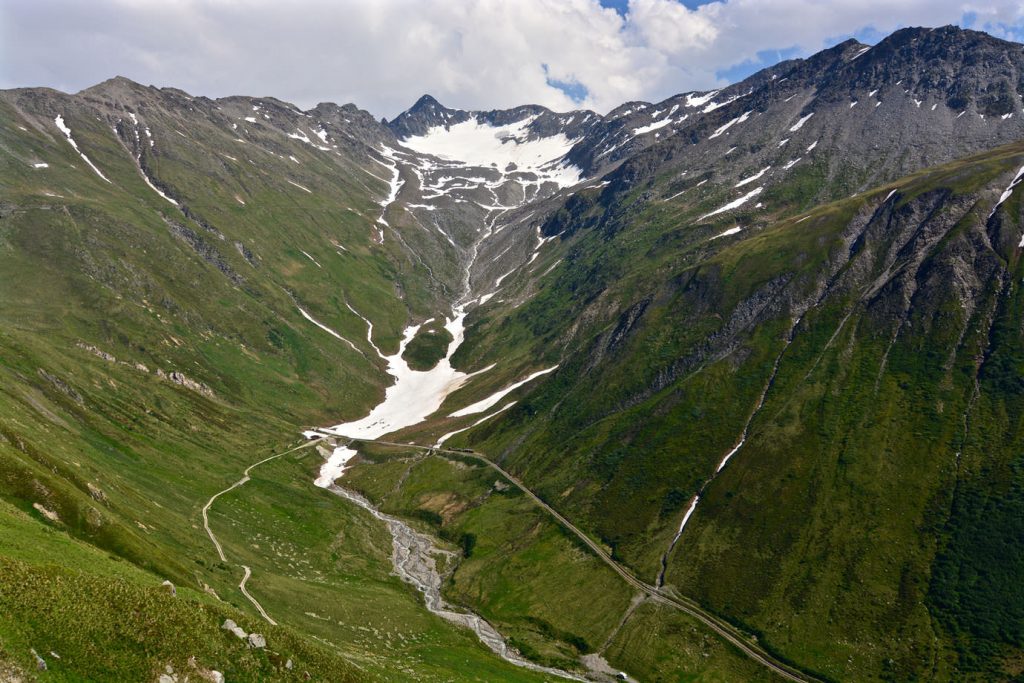 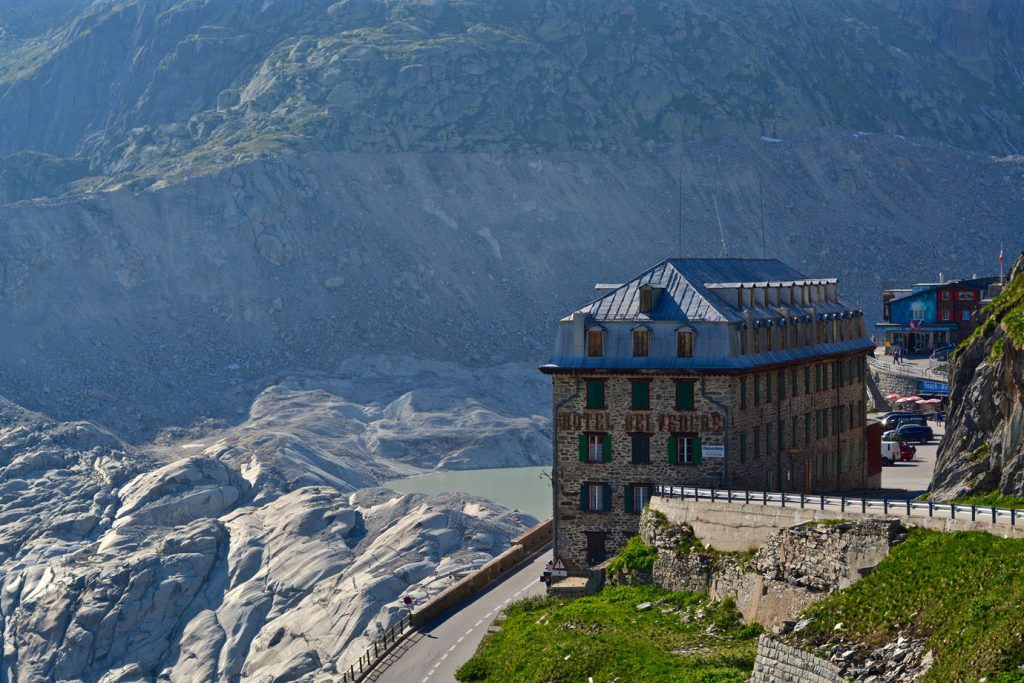 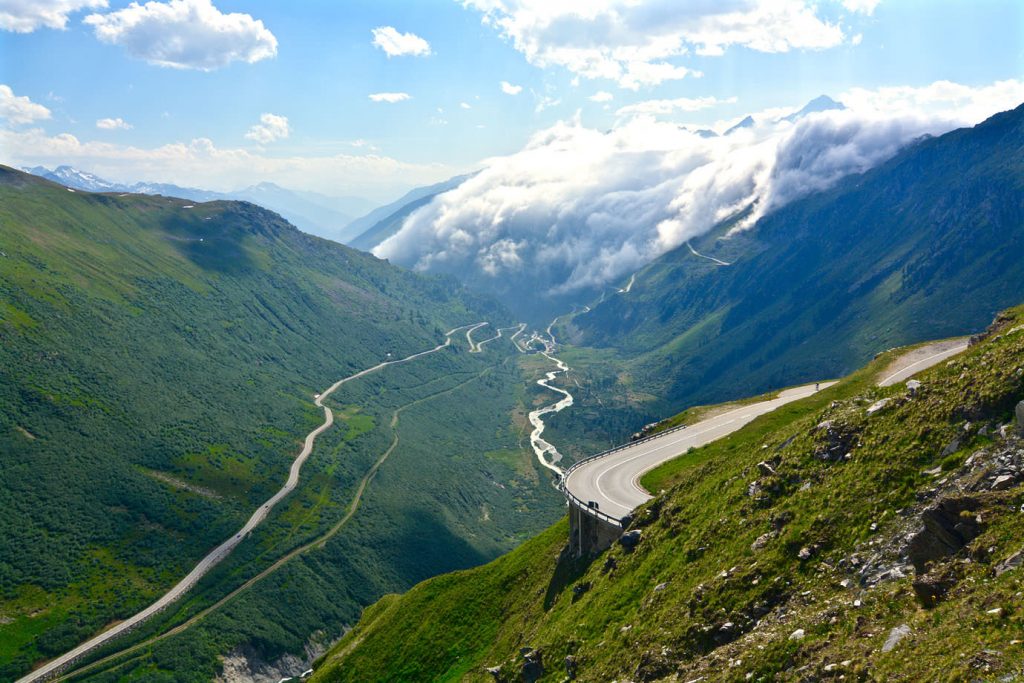 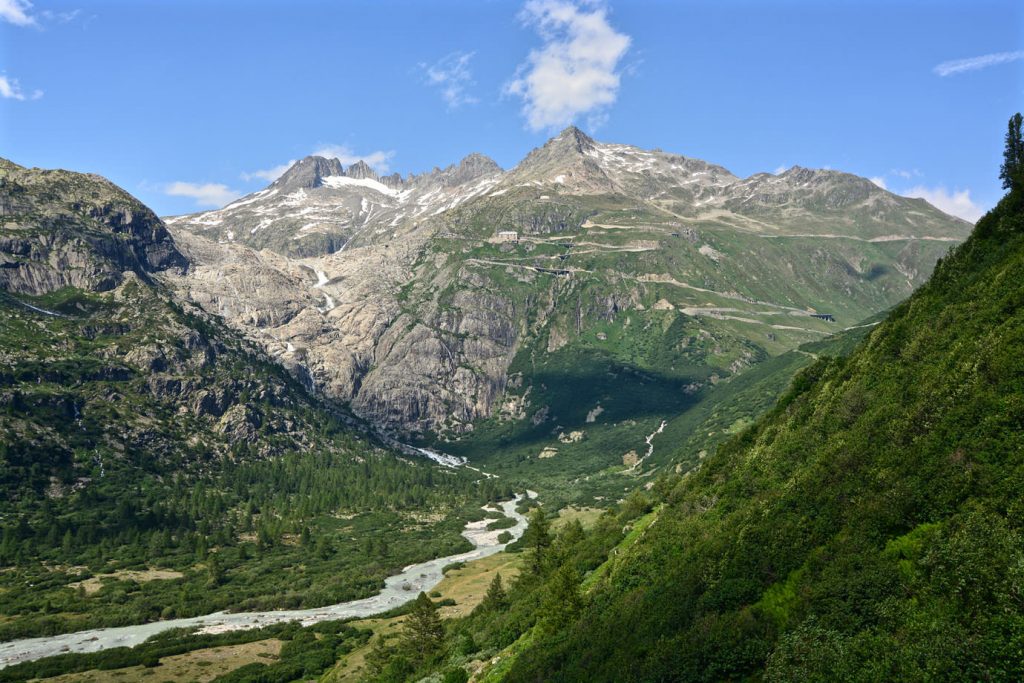 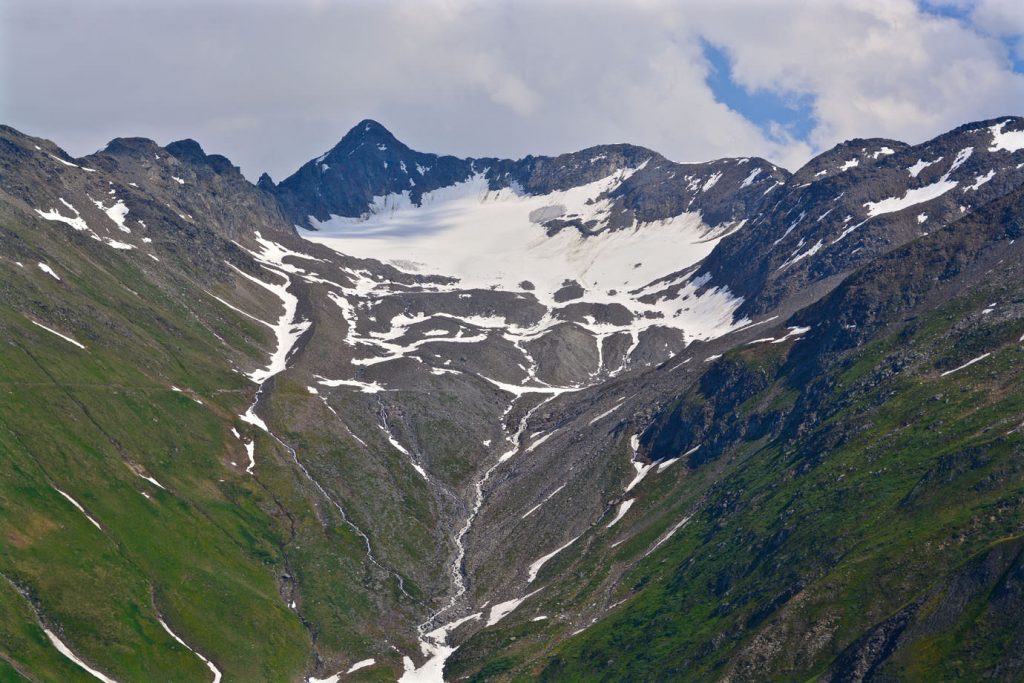 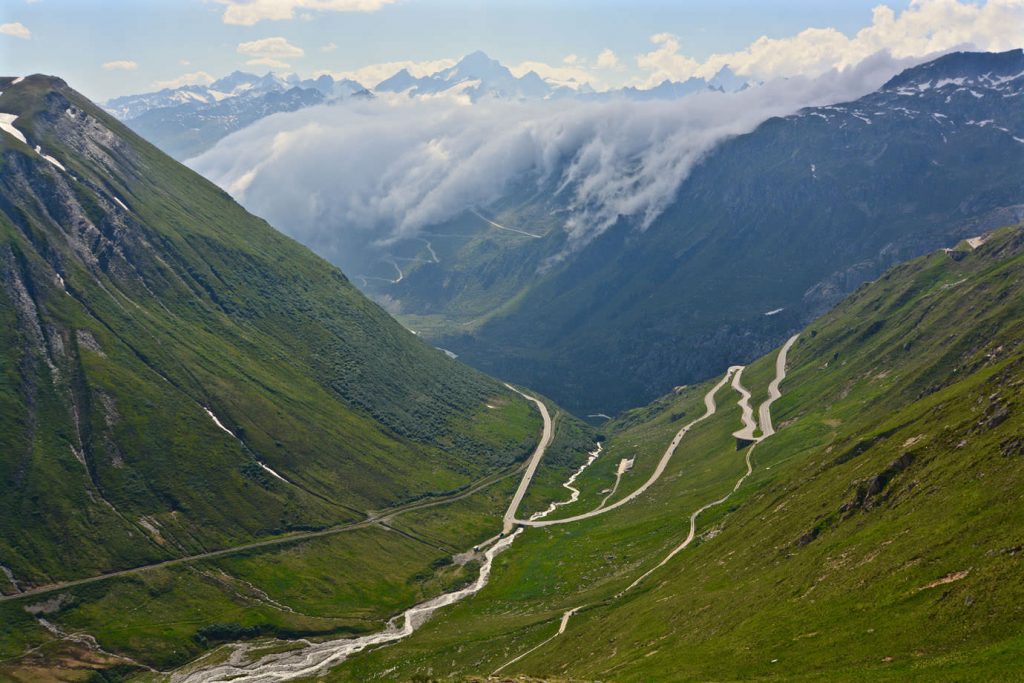