Hobbiton is the name of a village in the Shire region inhabited by Hobbits in J.R.R. Tolkien’s fictional Middle-earth as it is described in The Lord of the Ringes and other works. Furthermore it is the name of the movie set that was featured in The Lord of the Rings and The Hobbit films. The Hobbiton Movie Set is situated on a farm next to Matamata on the North Island of New Zealand. The land where the movie set was built is owned by the Alexander family which moved there in 1978. The Alexander farm was discovered by film director Peter Jackson during an aerial search in 1998. After successful negotiations with the Alexander family building of the Hobbiton Movie Set started in March 1999. In addition to 37 hobbit holes with gardens and hedges a mill and a double arch bridge were built. The most elaborate construction, however, was an oak tree overlooking Bag End. Cut down a few kilometres away from the Hobbiton Movie Set it was rebuilt there and equipped with artificial leaves imported from Taiwan. In 2015 the Hobbiton Movie Set was visited by over 350.000 visitors. 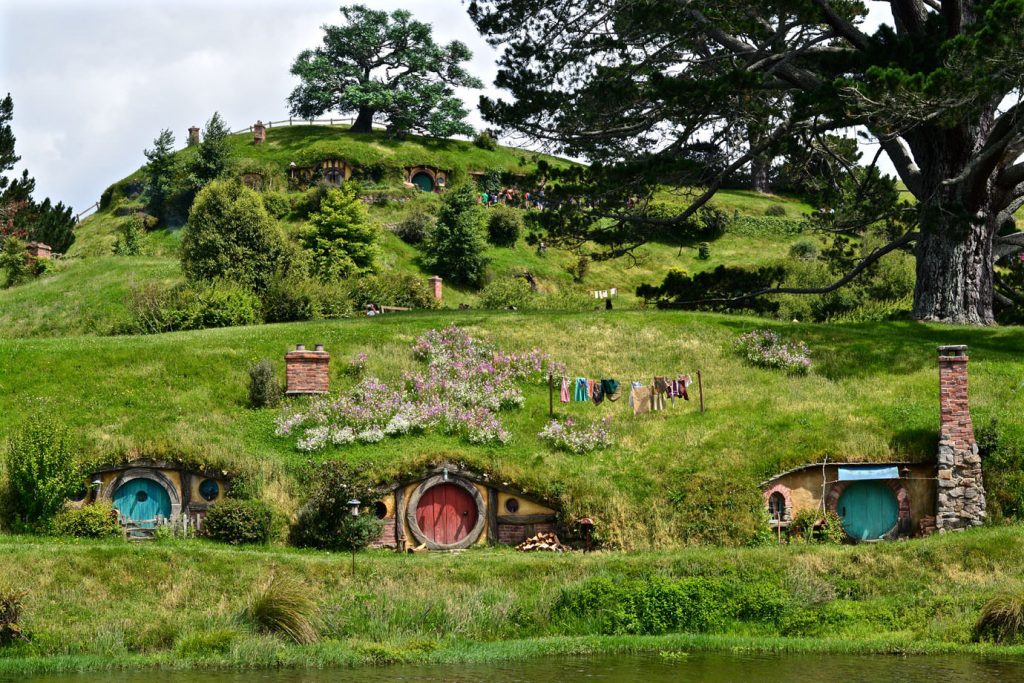 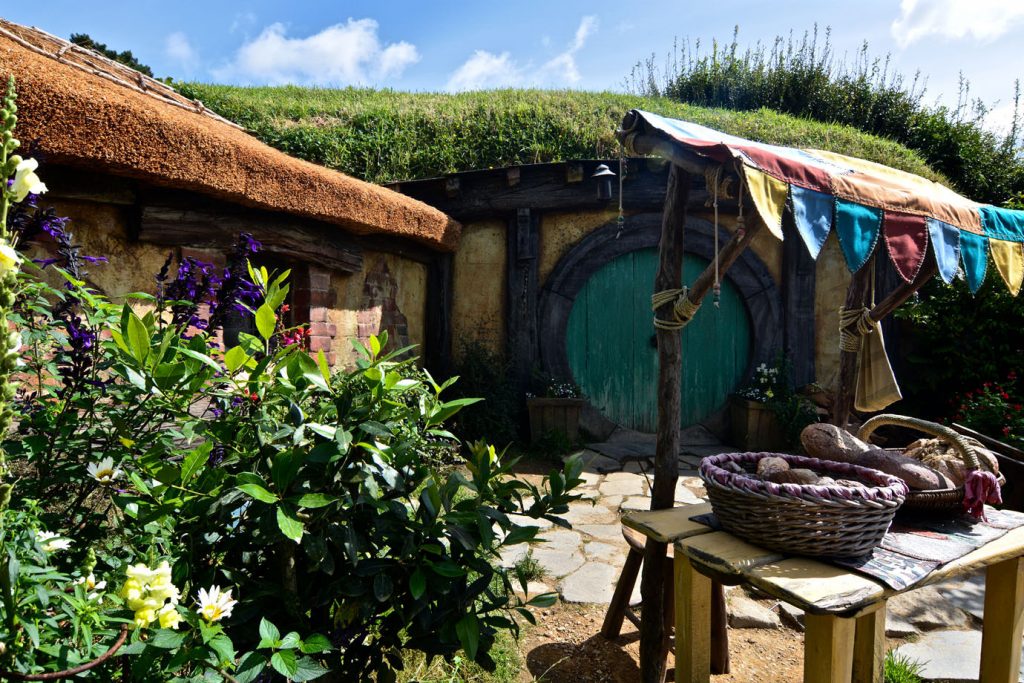 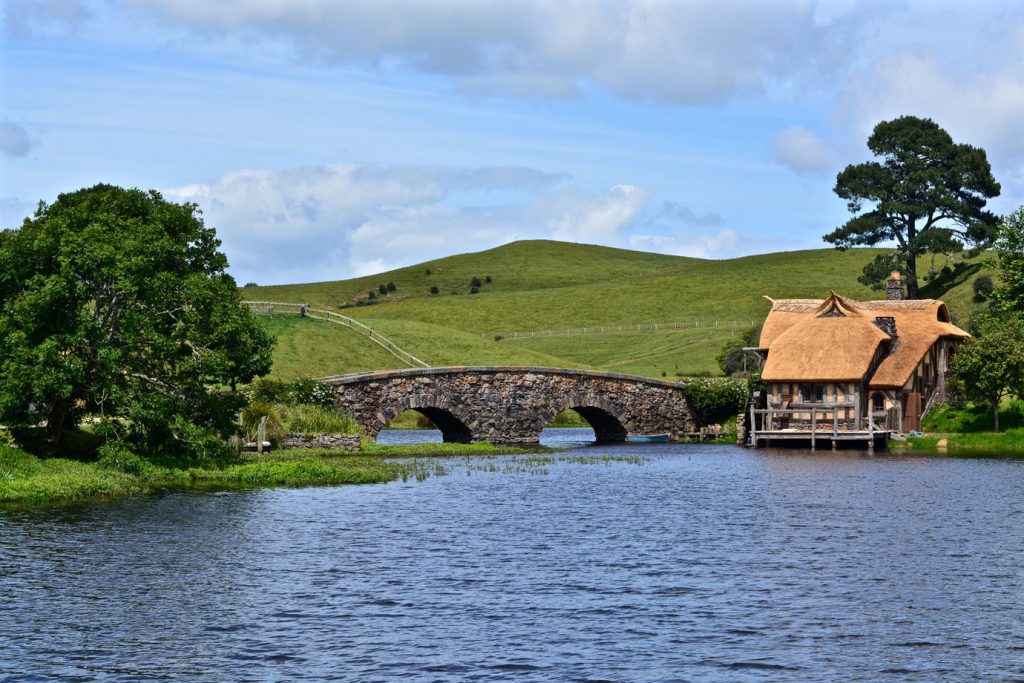 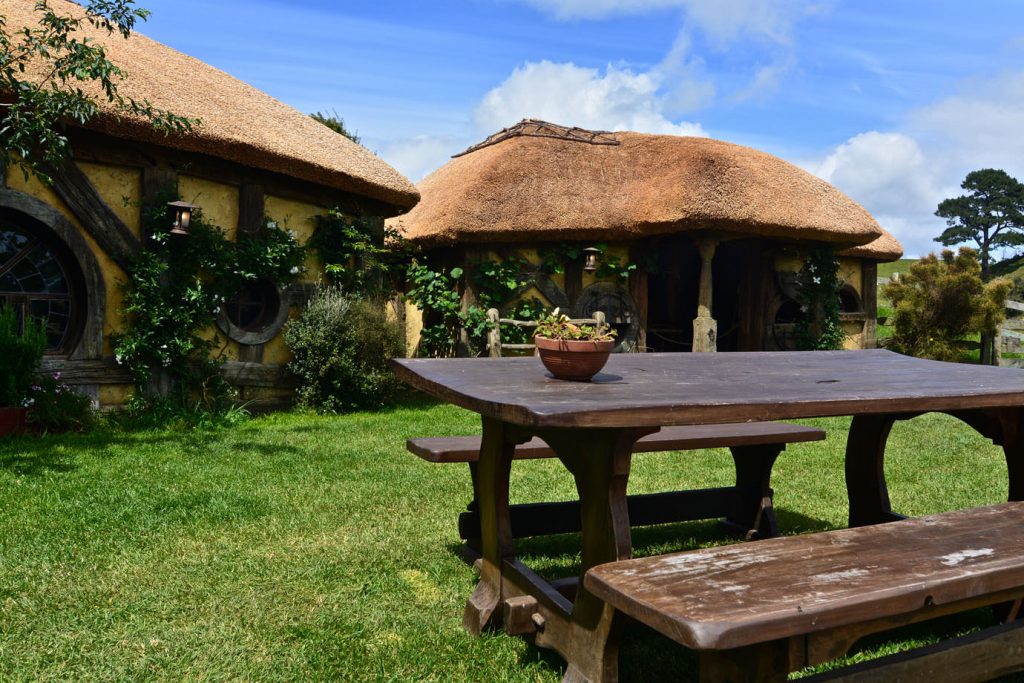 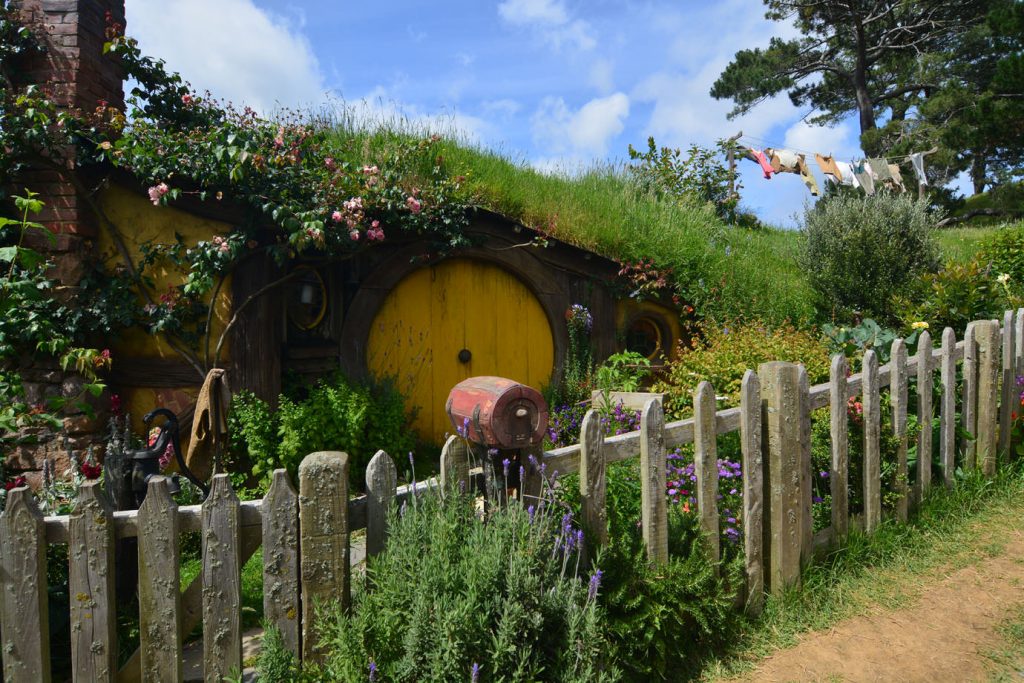 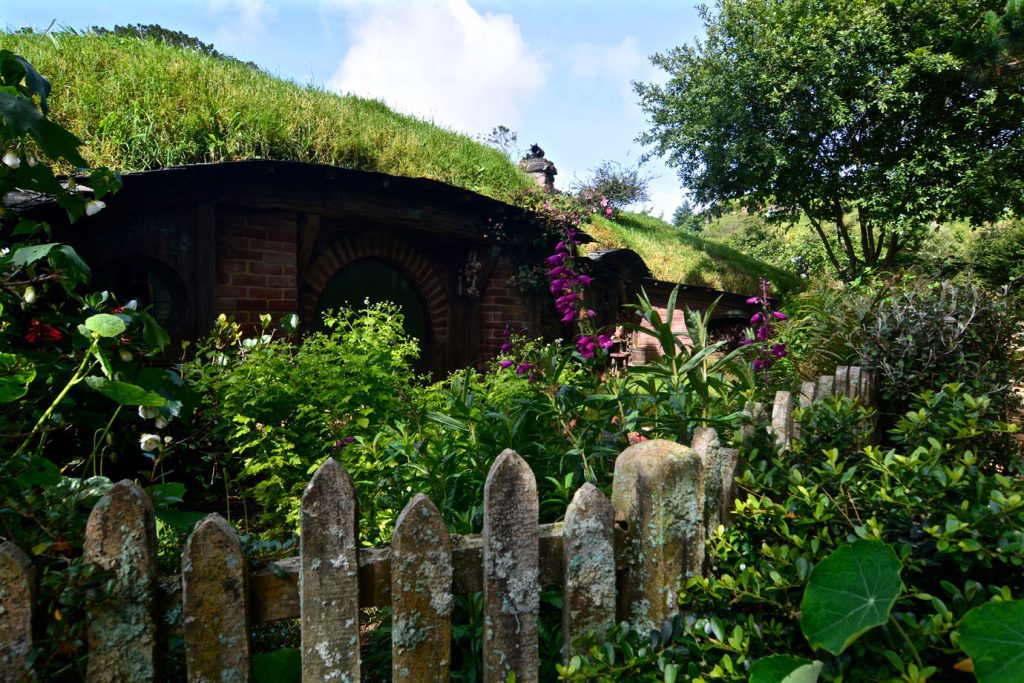 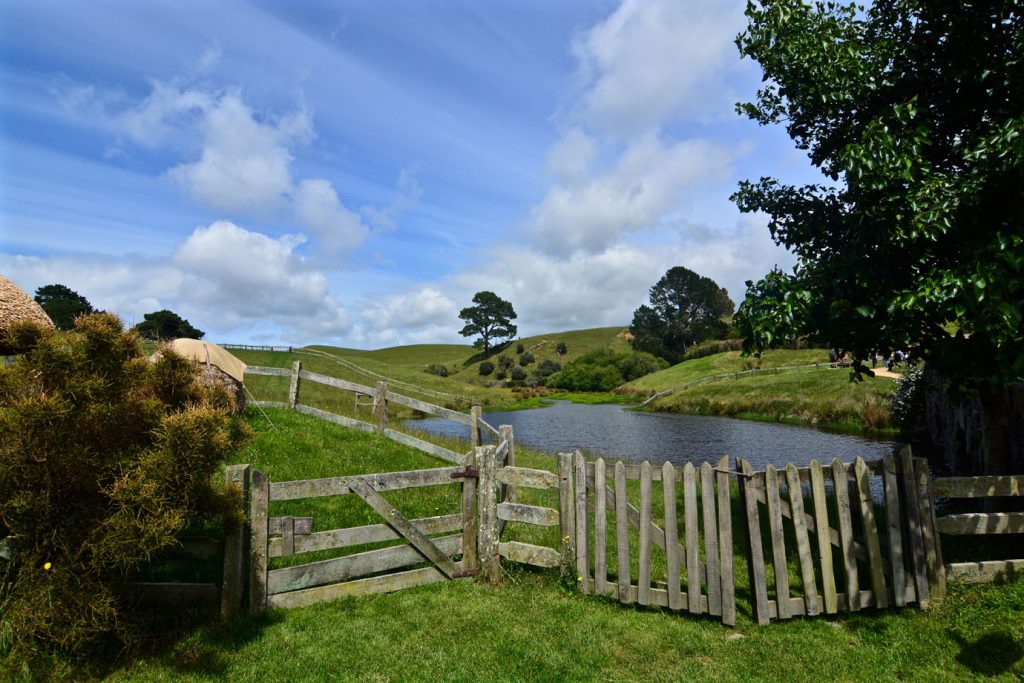 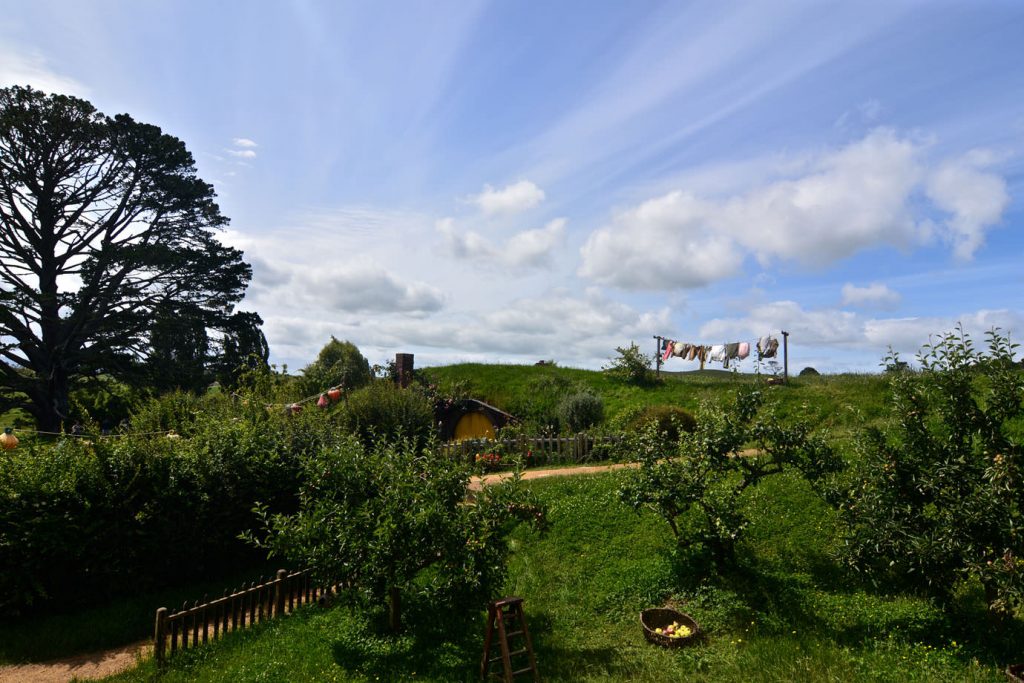 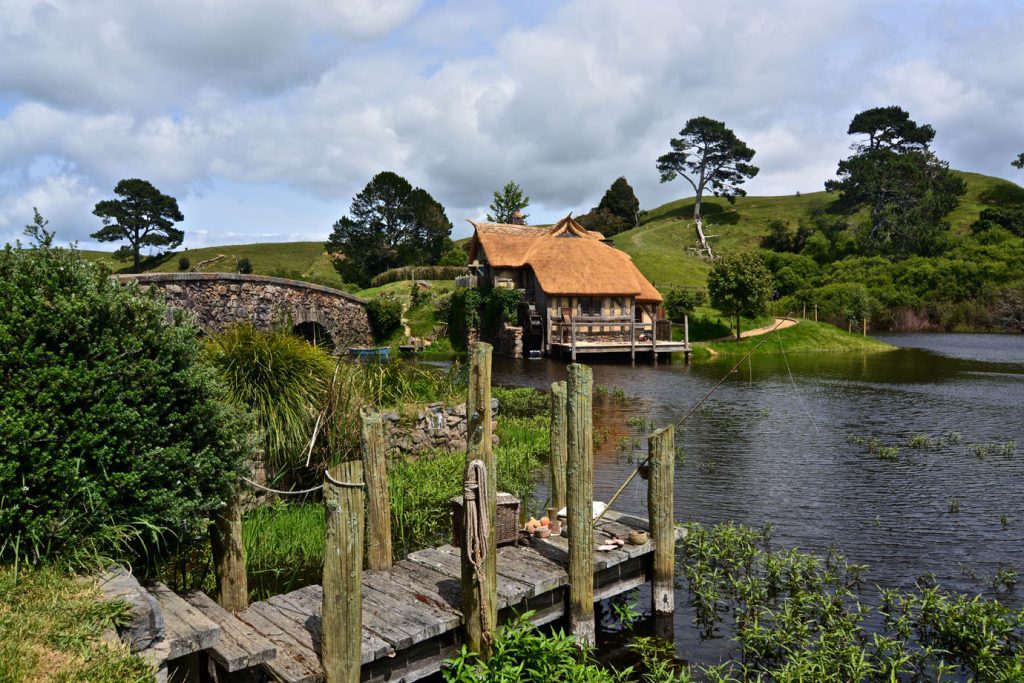 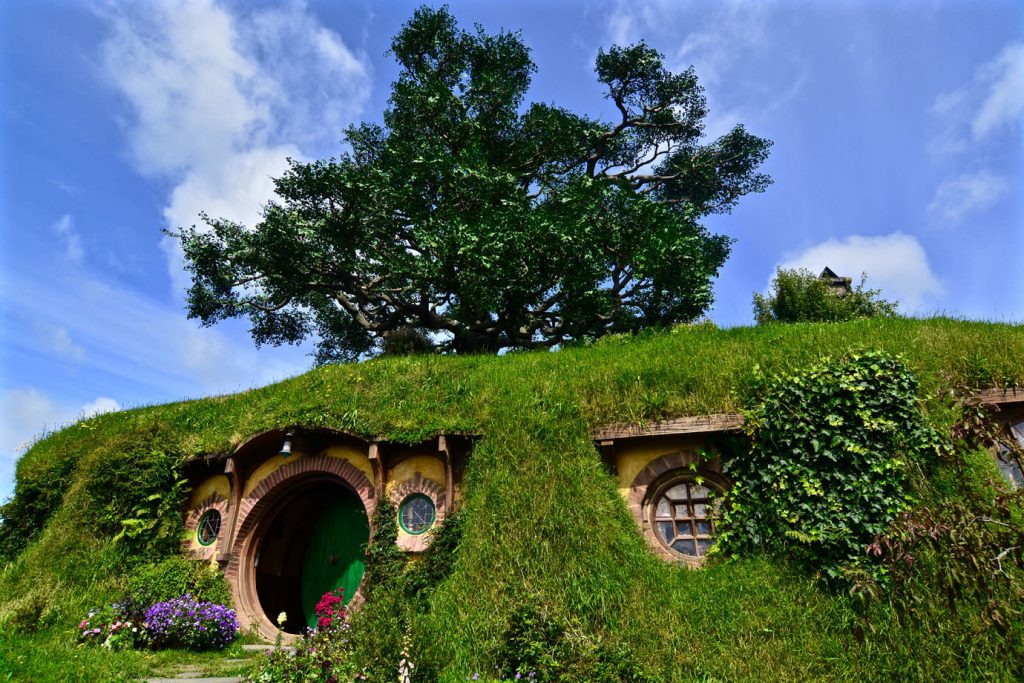 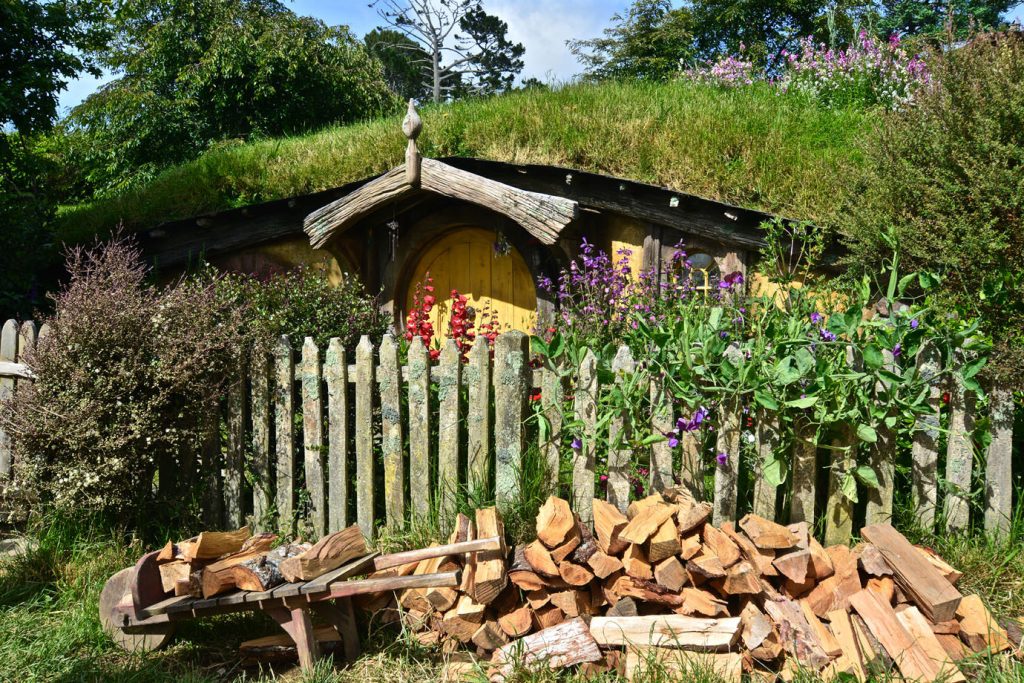 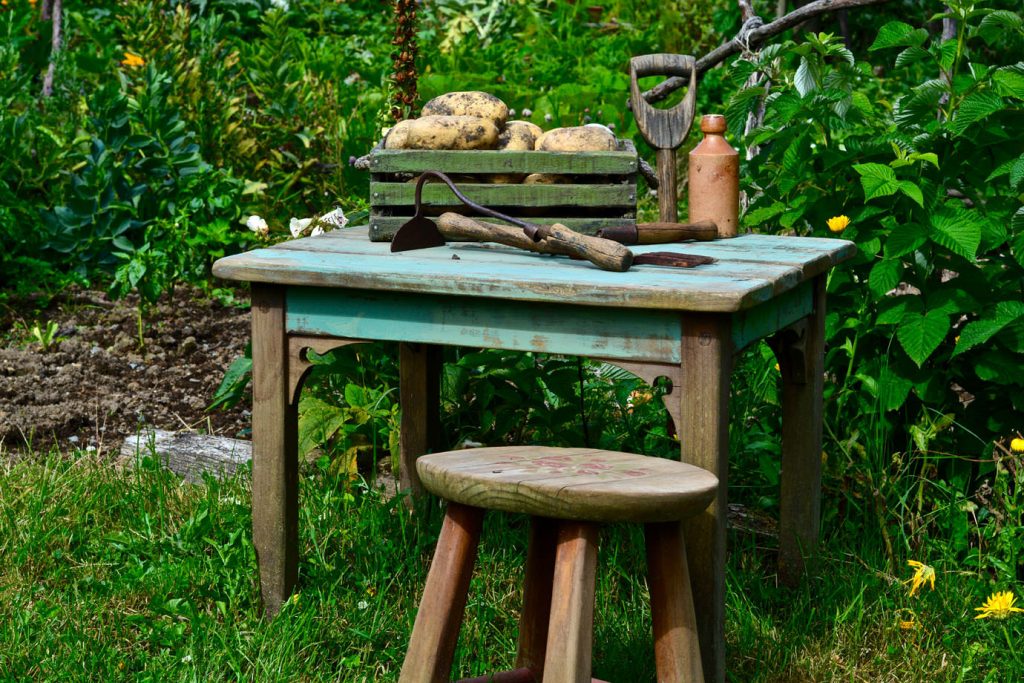 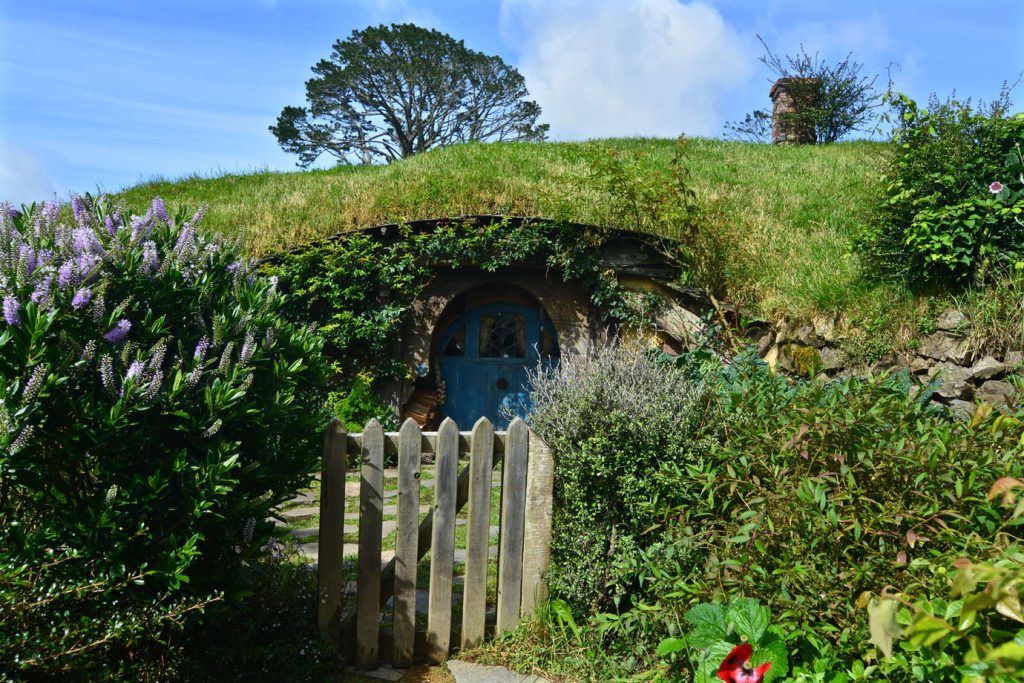 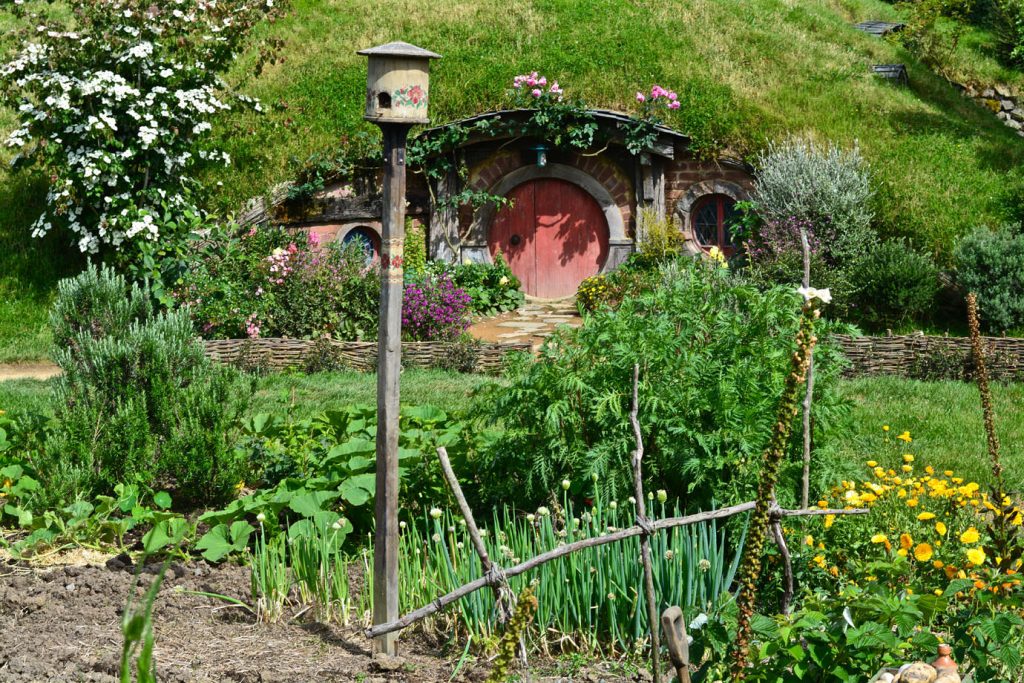