Hohenwerfen Castle is a medieval rock castle located in the Pongau district of Salzburg, Austria. Nestled between the northern Limestone Alps it is similar in its construction to Hohensalzbug Castle, which was built at about the same time. Hohenwerfen Castle was built between 1075 and 1078 atop a 113 metres high rock, 623 metres above sea level. Good visible from the north and the south, Hohenwerfen Castle was meant to secure the route across the Eastern Alps across the Salzach River. The fortress was extended on several occasions until it reached today’s dimension. In 1938 Archduke Eugen of Austria, who owned Hohenwerfen Castle since 1898, was forced to sell it to the Salzburg Reichsgau administration. During World War II the castle was used as NSDAP Gauleiter school. After WWII the fortress went to the state of Salzburg. Until 1987 it was used as training camp by the Austrian police, since then the castle is open to the public. Today there are guided tours and falcons flight demonstrations held daily at Hohenwerfen Castle. Due to its unique appearance the castle was featured in several movies, series and even computer games. 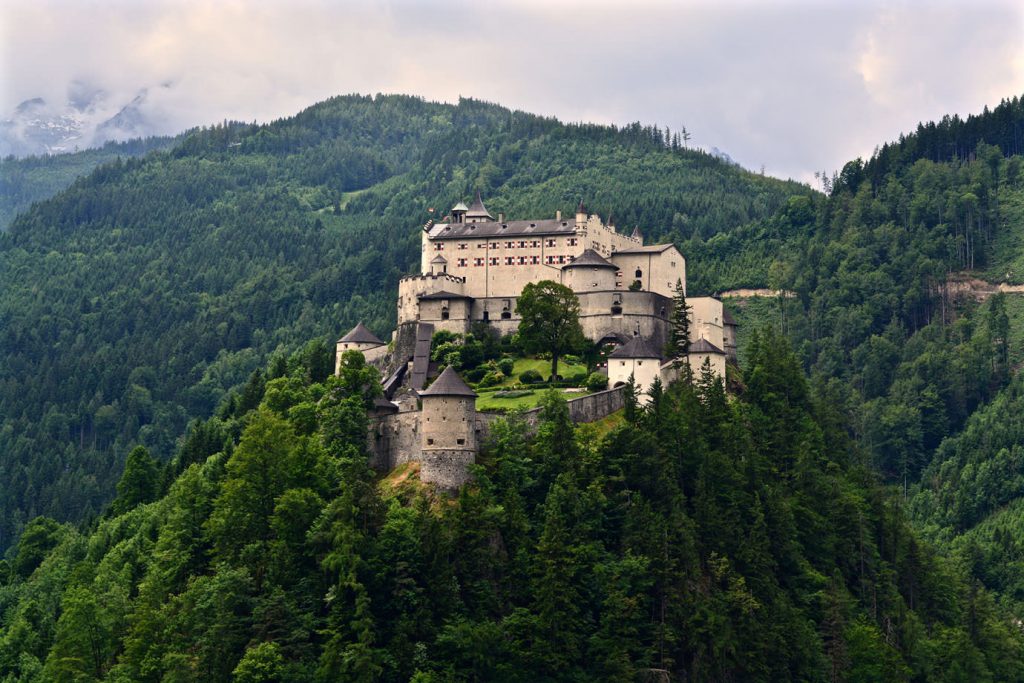 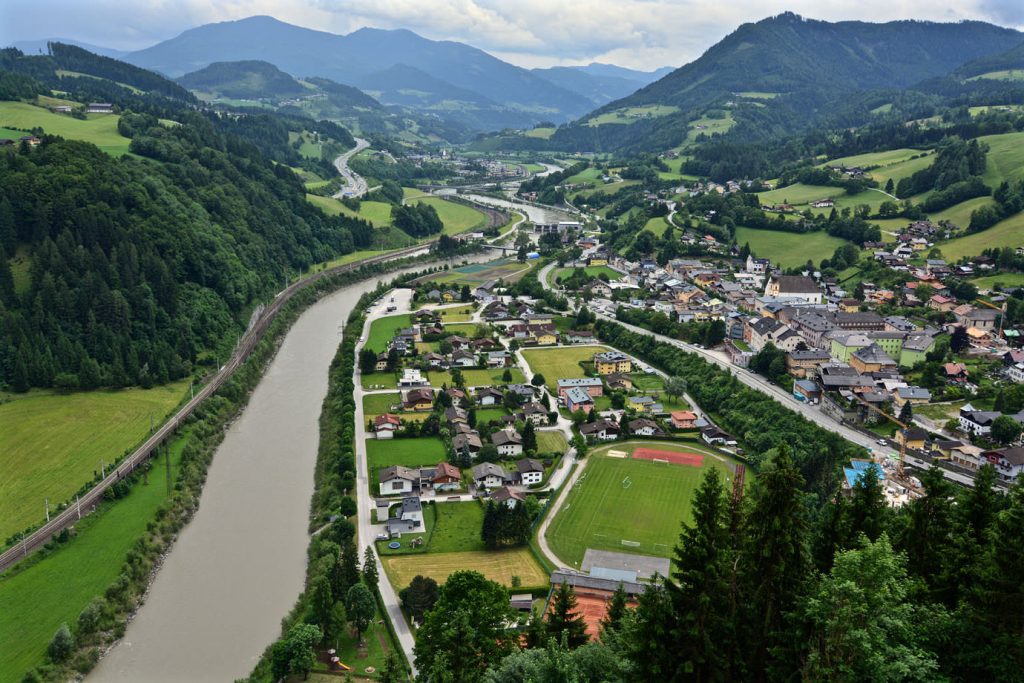 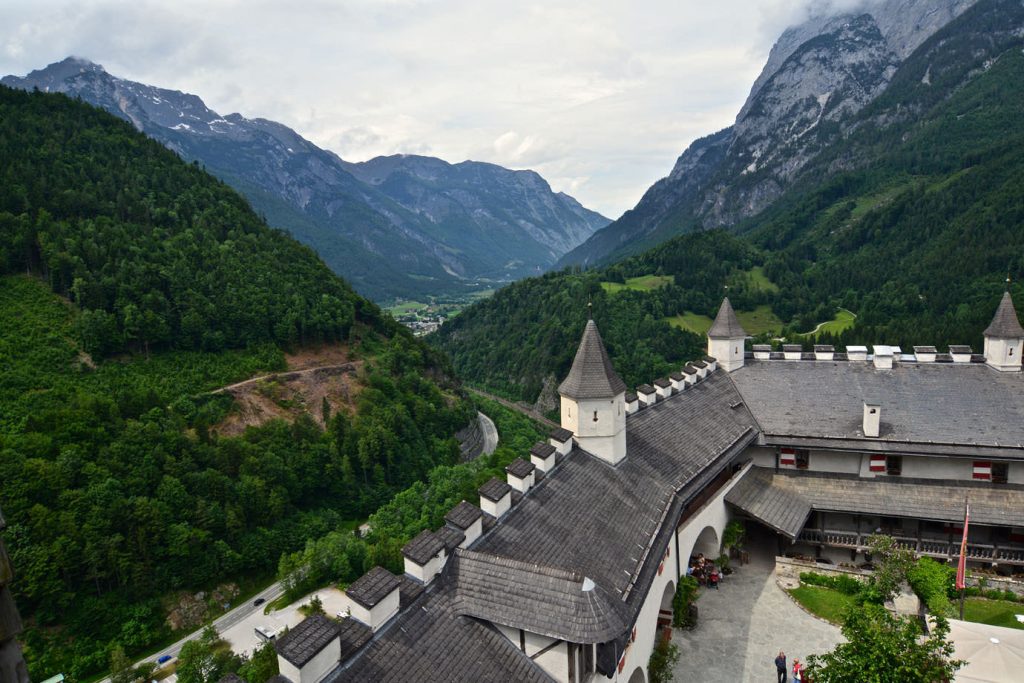 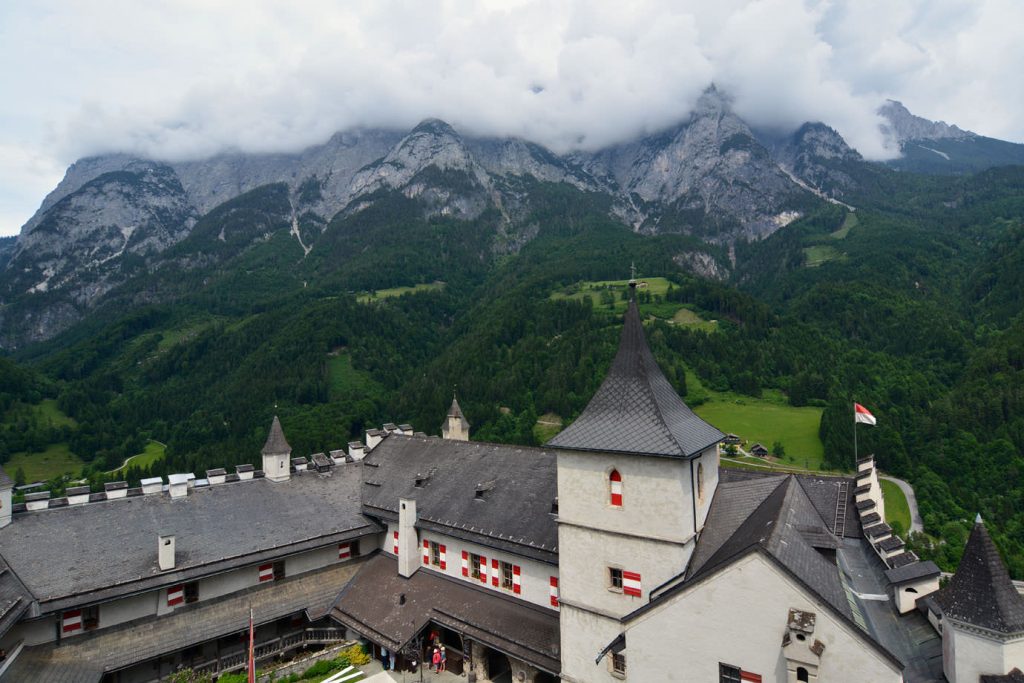 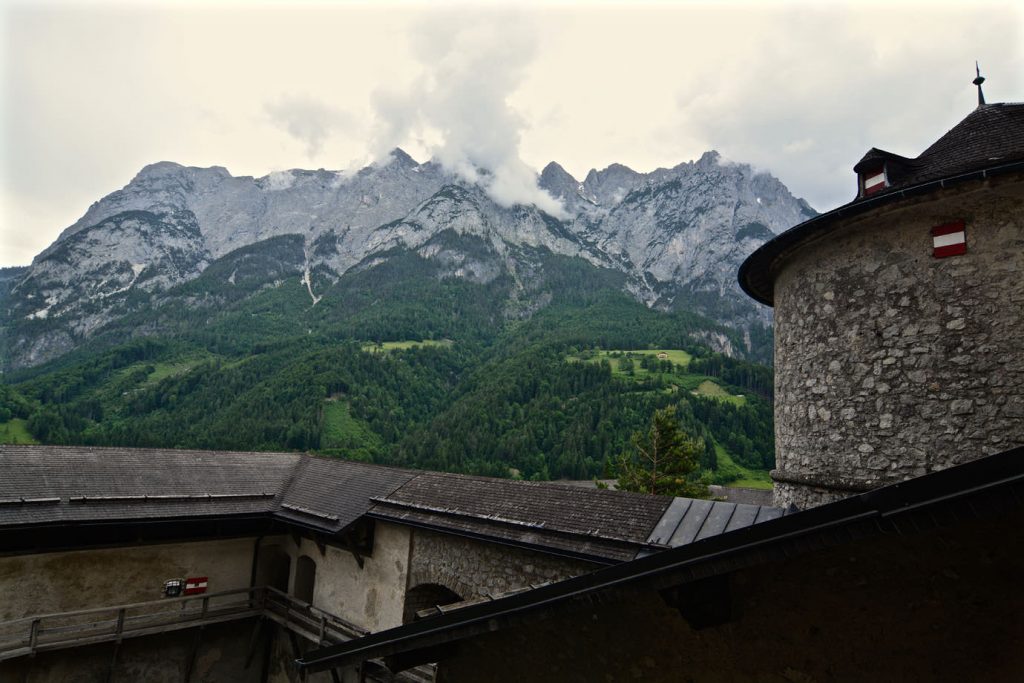 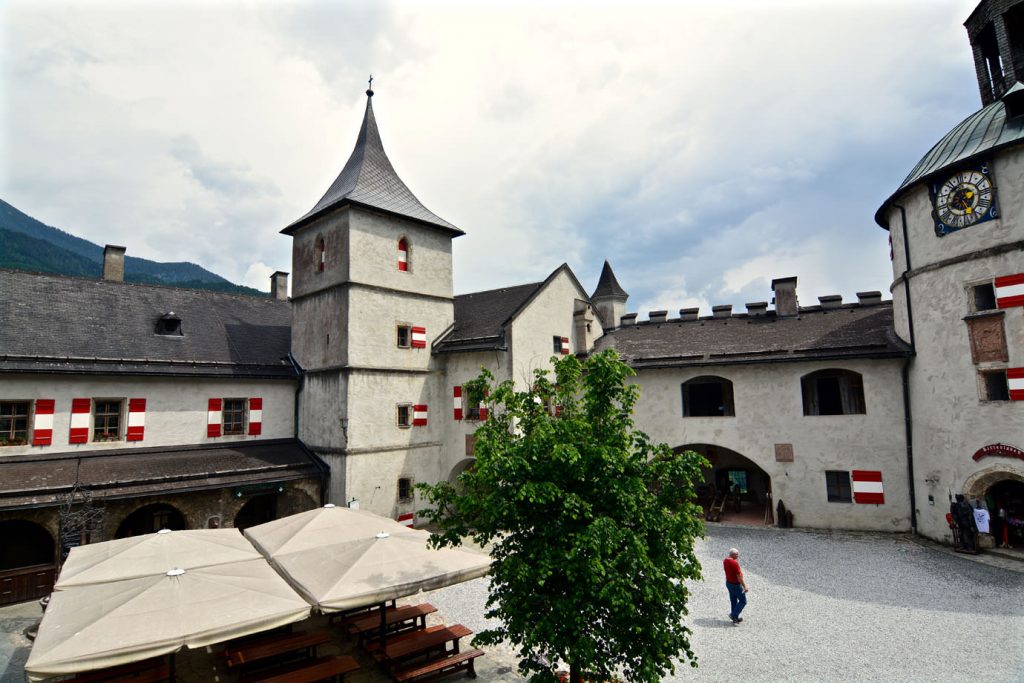 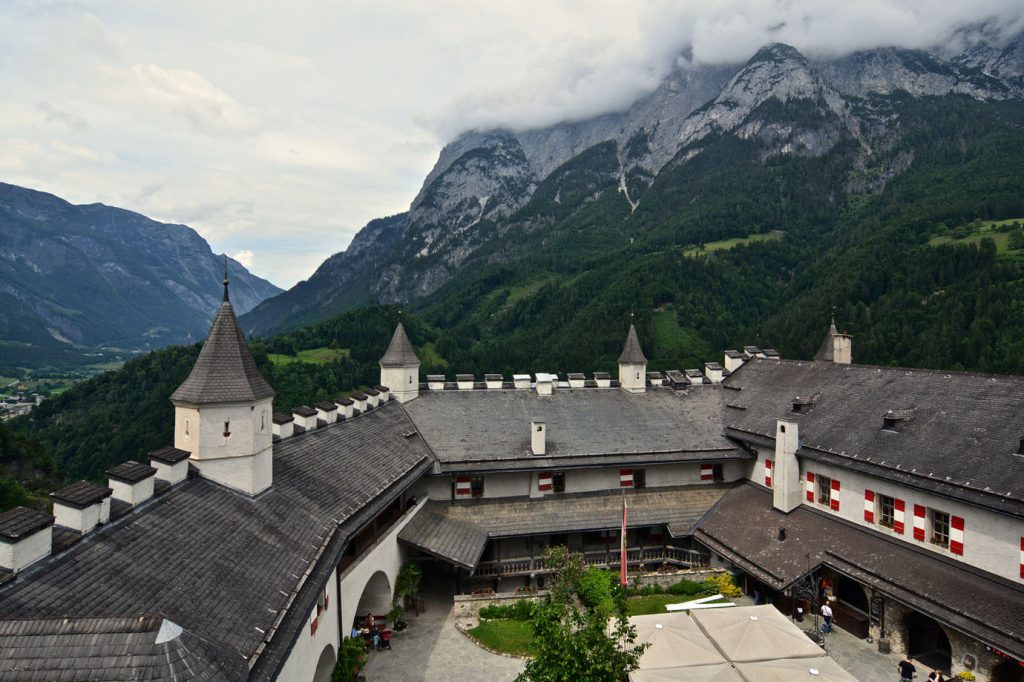 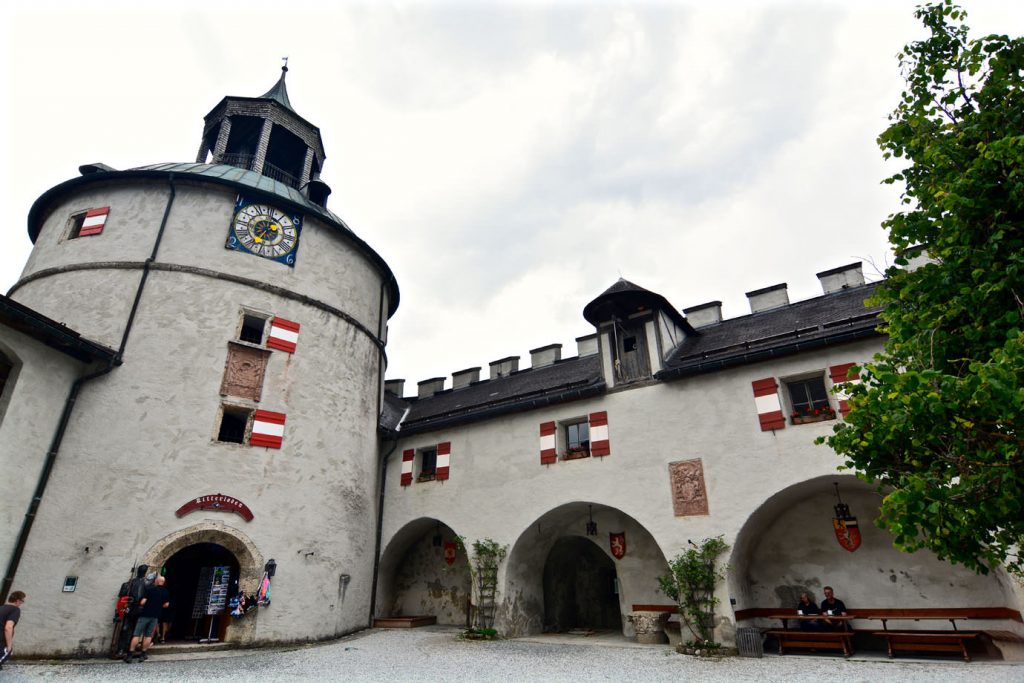 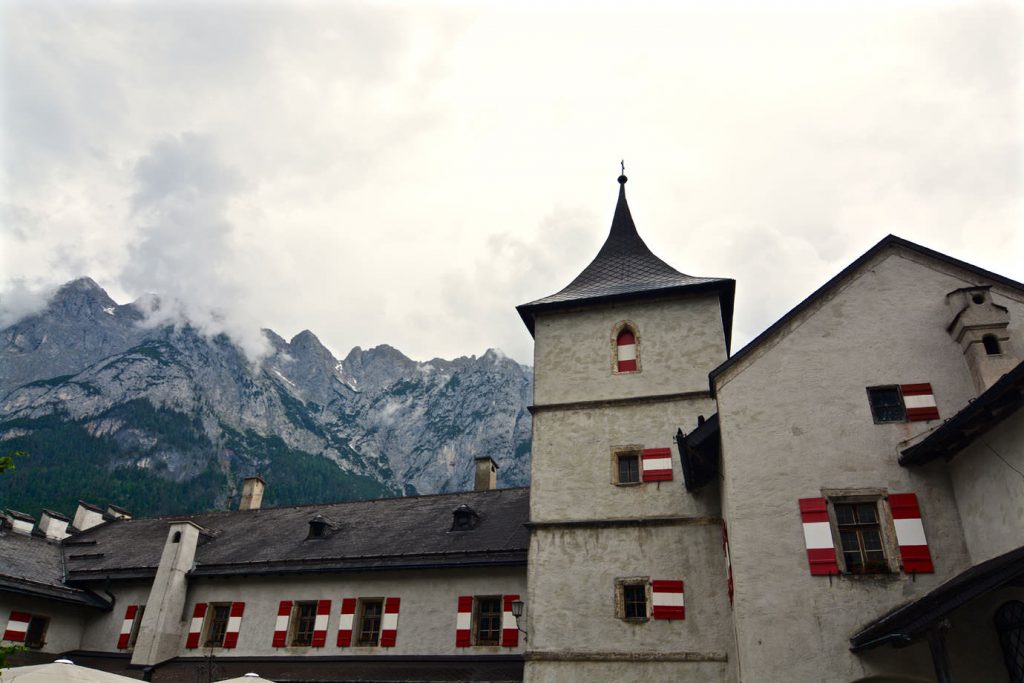 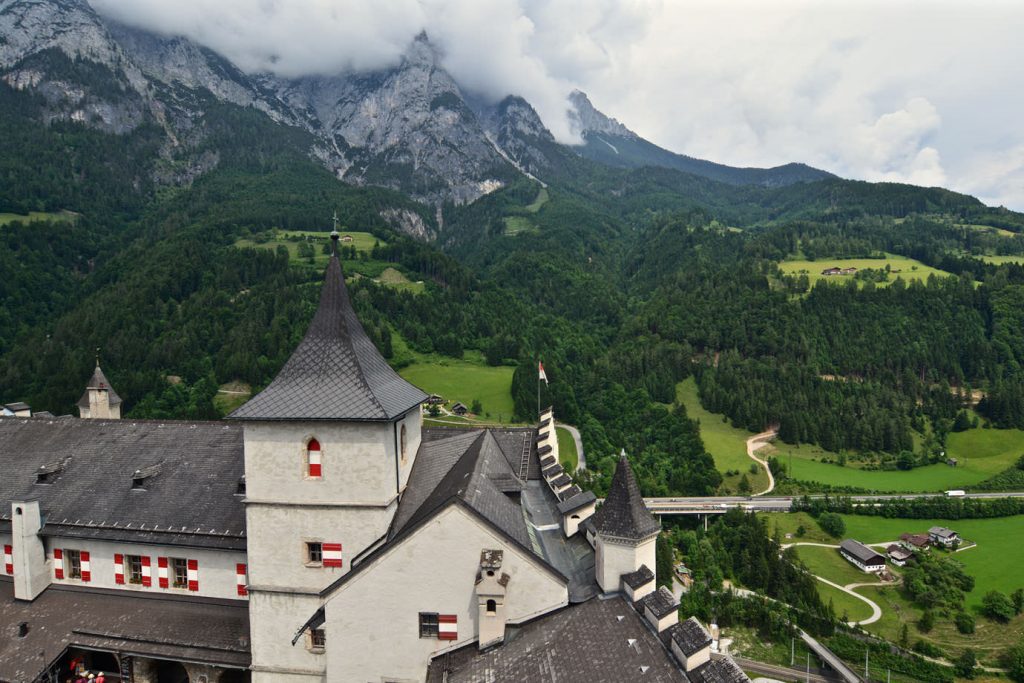 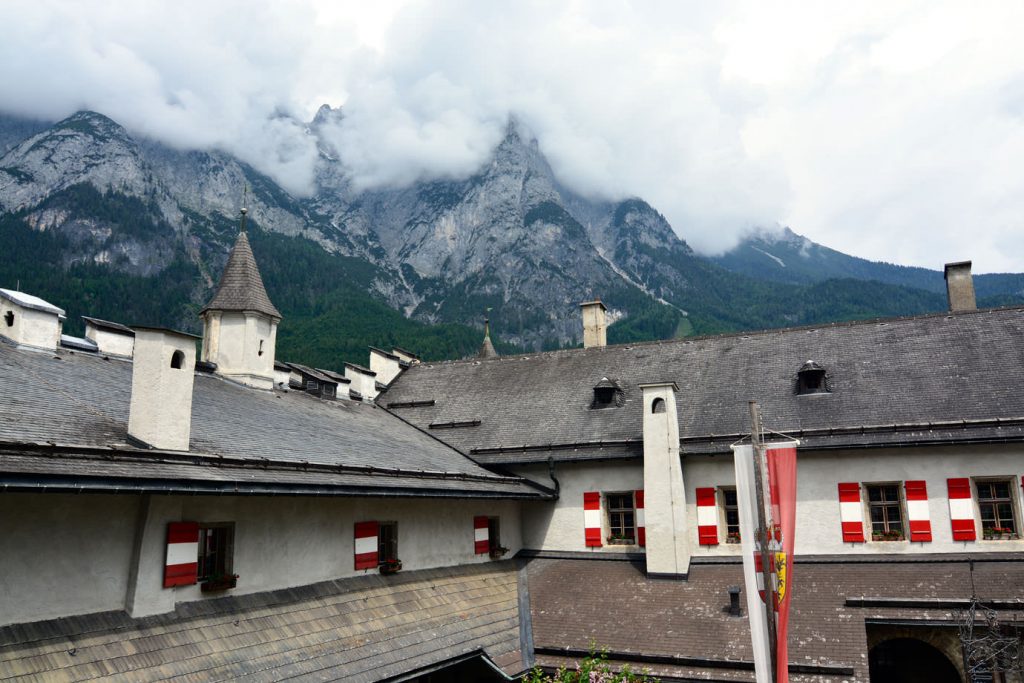 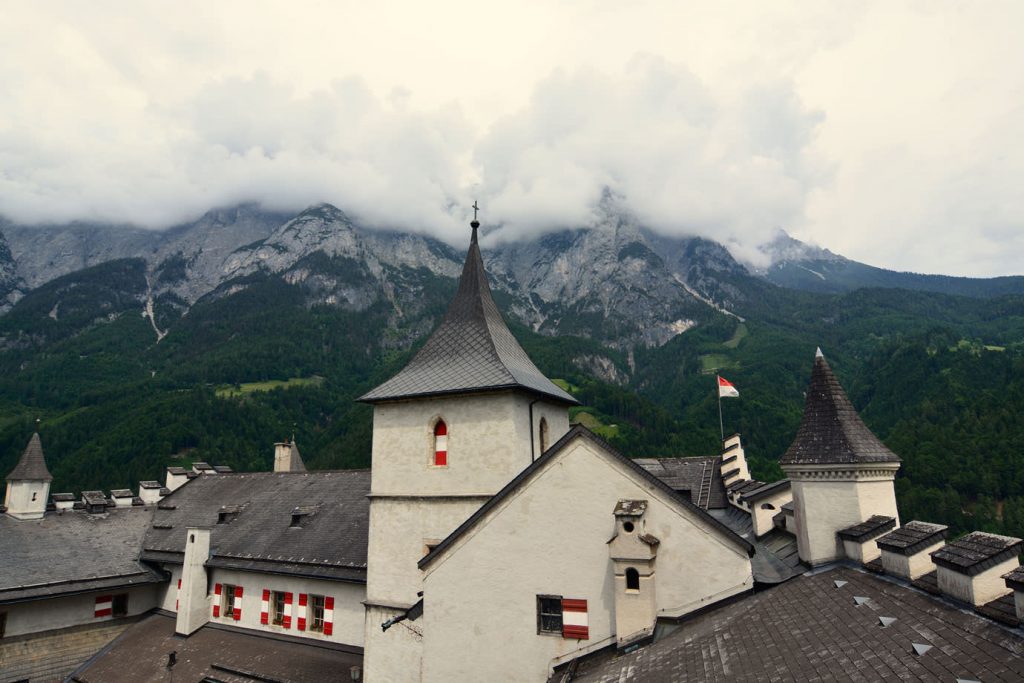