The Karersee, in Italian called Lago di Carezza, is a lake in South Tyrol, Italy. Even if the lake is situated in Italy it is most of the time referenced by its German name. The reason, therefore, is that South Tyrol belonged to Austria until 1919. As result of the Treaty of Saint-Germain-en-Laye, that was signed on 10 September 1919 by victorious allies of World War I, it was transferred to Italy. However, even today over 62 percent of the population in South Tyrol consider German their first language. Due to its impressive colours the lake has even a third name: Rainbow Lake.

The colours, however, are not the only reason for this name: According to a saga, there was living a mermaid in the lake in ancient times. A wizard called Misaré fall in love with her and as all his witcheries didn’t help to catch her, he asked the witch Langwerda for help. She advised him to dress up as a jeweler and throwing a rainbow from Mount Catinaccio to Mount Latemar. The latter he did, but he forgot to dress up. As a result, the mermaid spotted him whilst admiring the rainbow and the jewels and disappeared into the lake. This made the wizard so angry that he threw all the jewels and the rainbow in the lake and gave the Karersee thereby its magnificent colours. Since that day the mermaid was never seen again.

The Karersee is located on 1519 metres above sea level and its deepest part is 17 metres below its – 3.500 square metres measuring – surface. 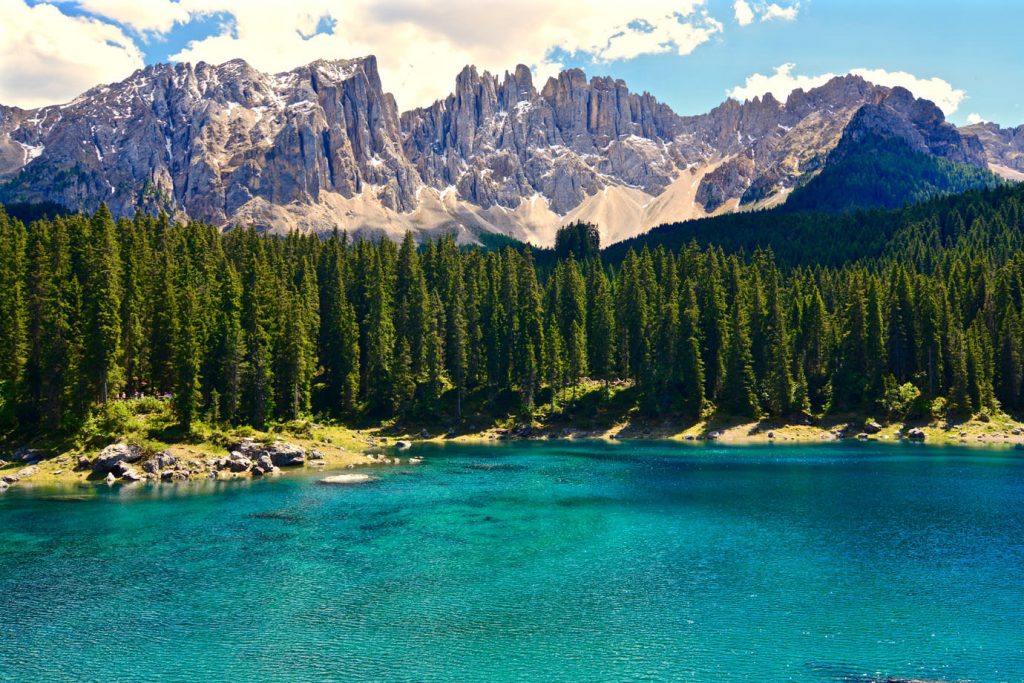 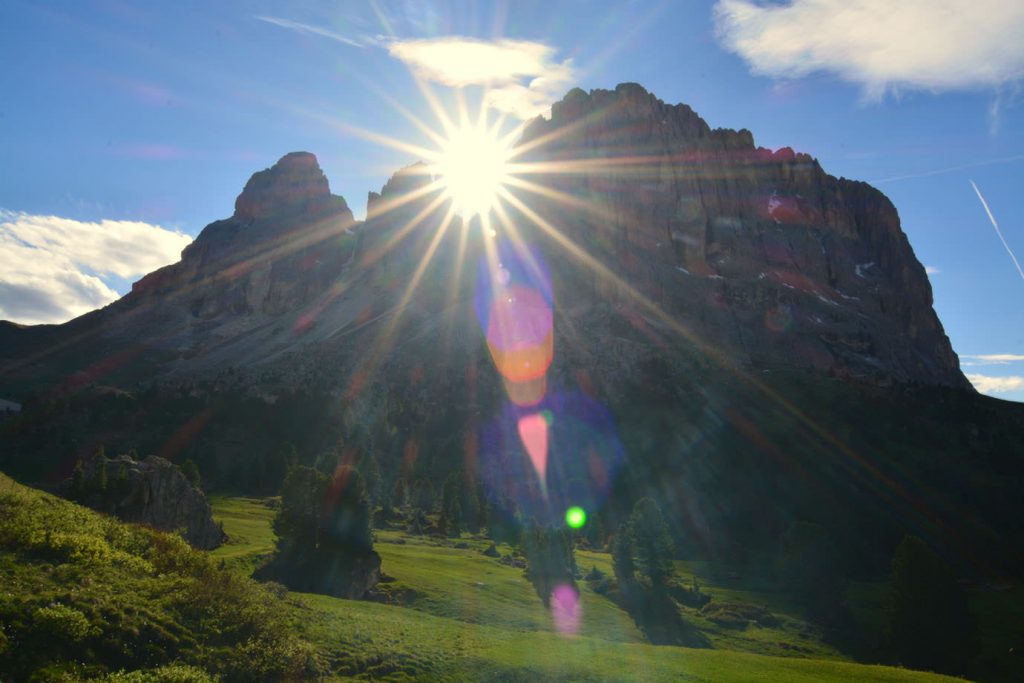 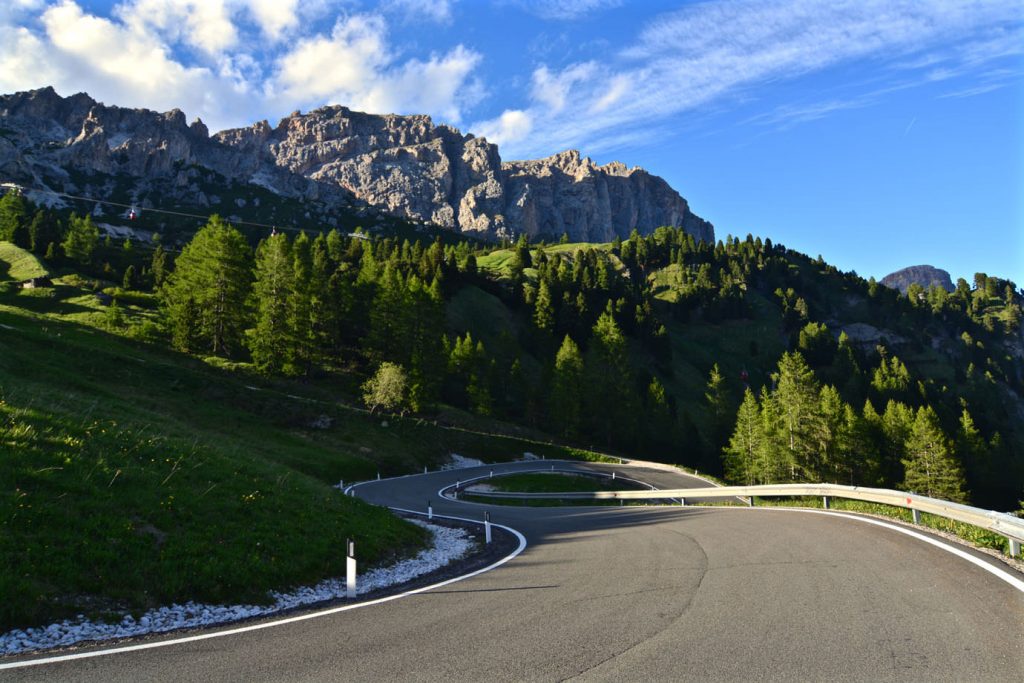 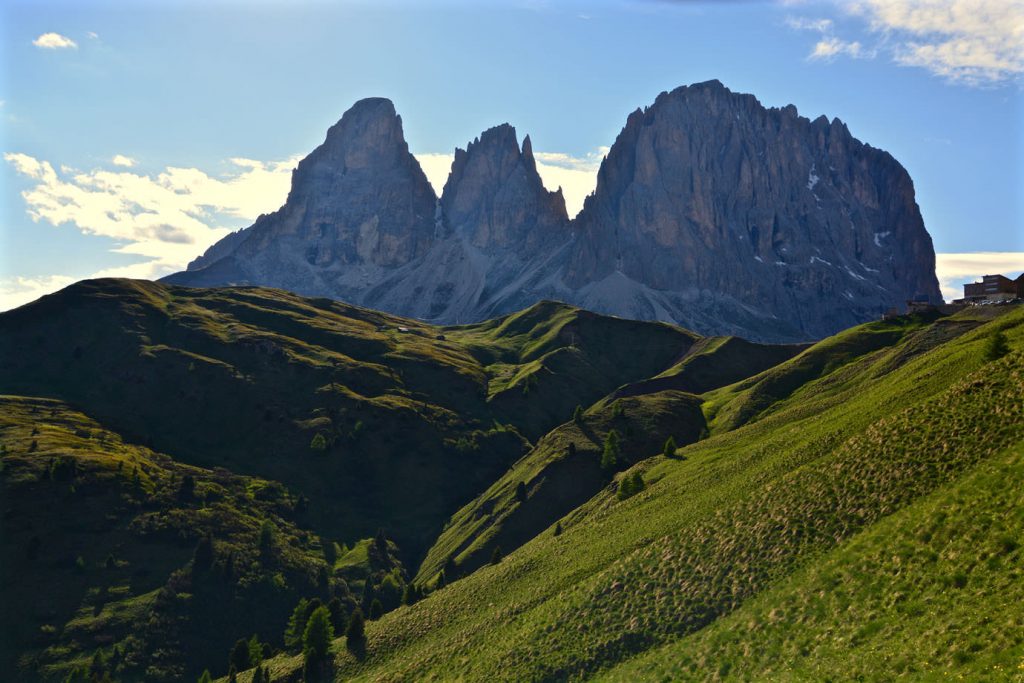 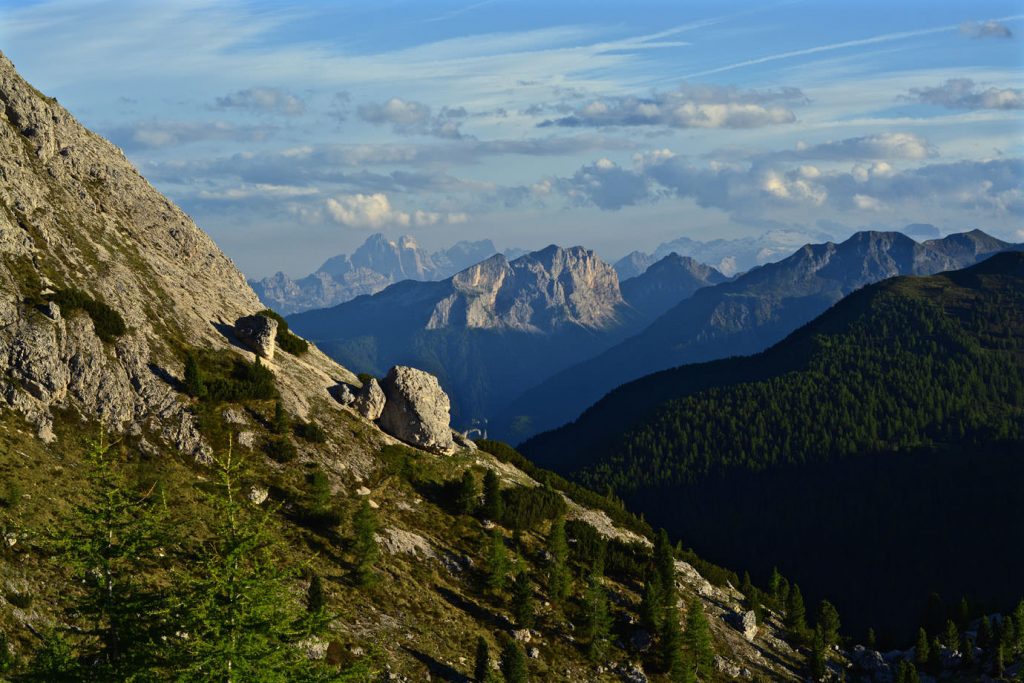 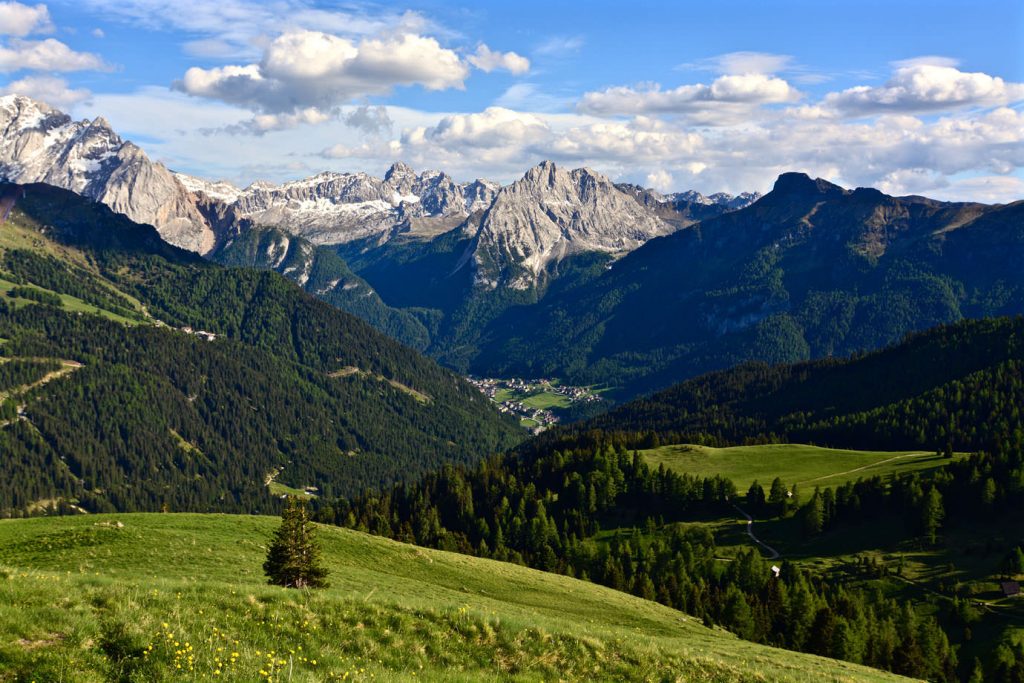 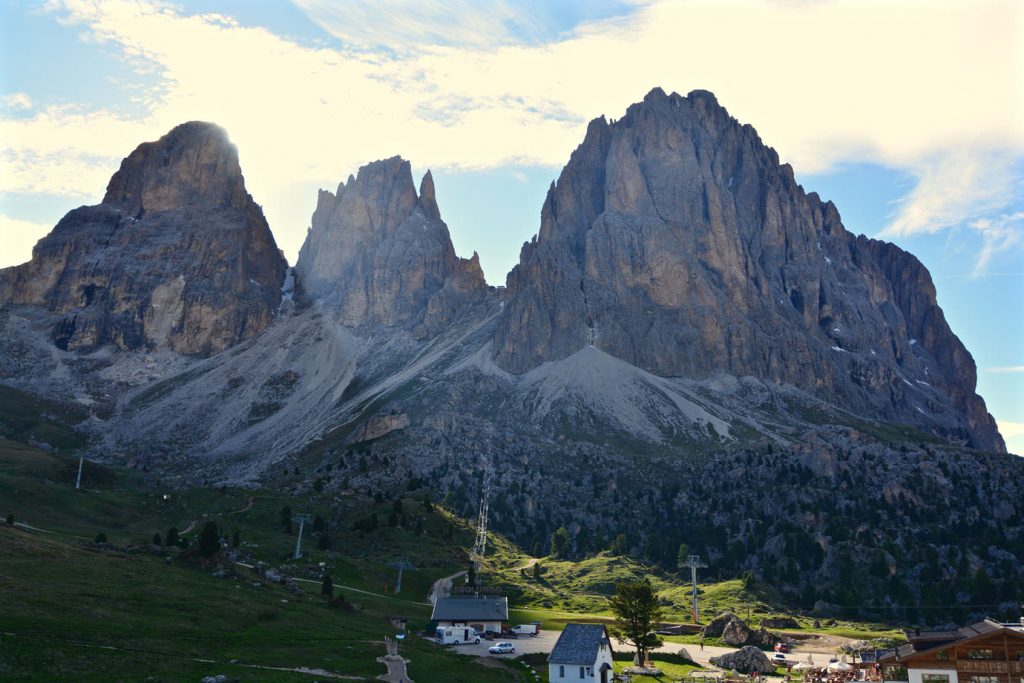 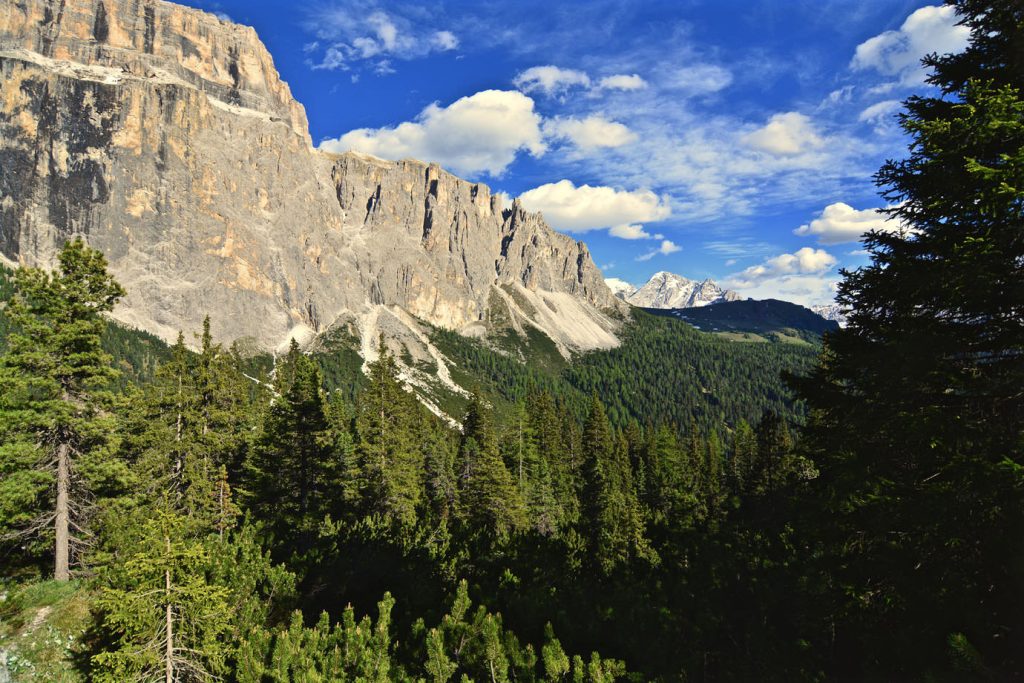 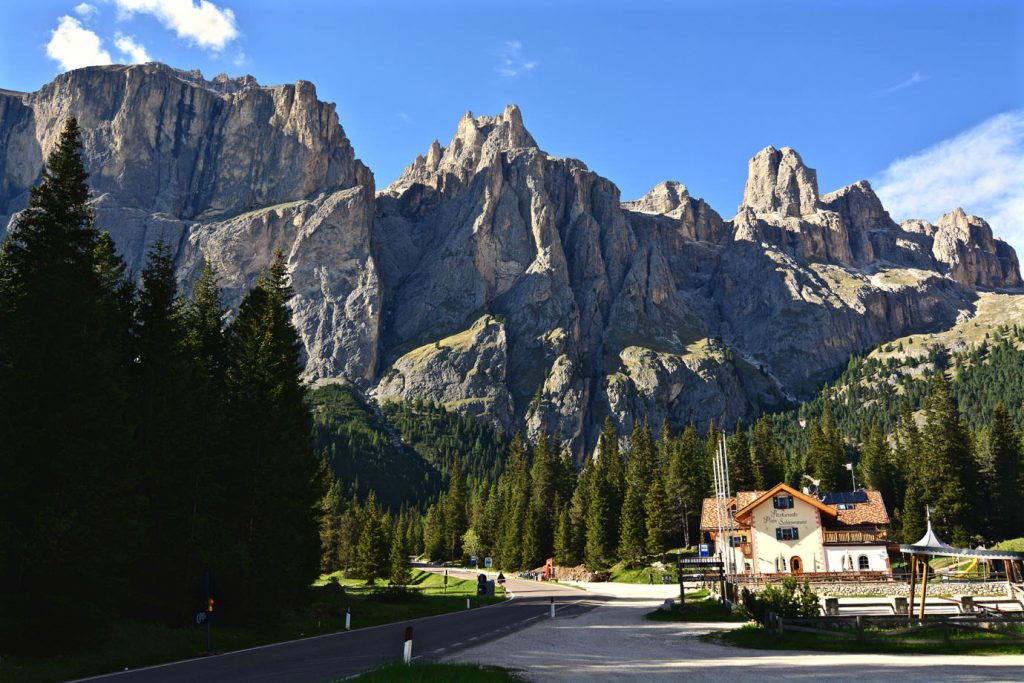 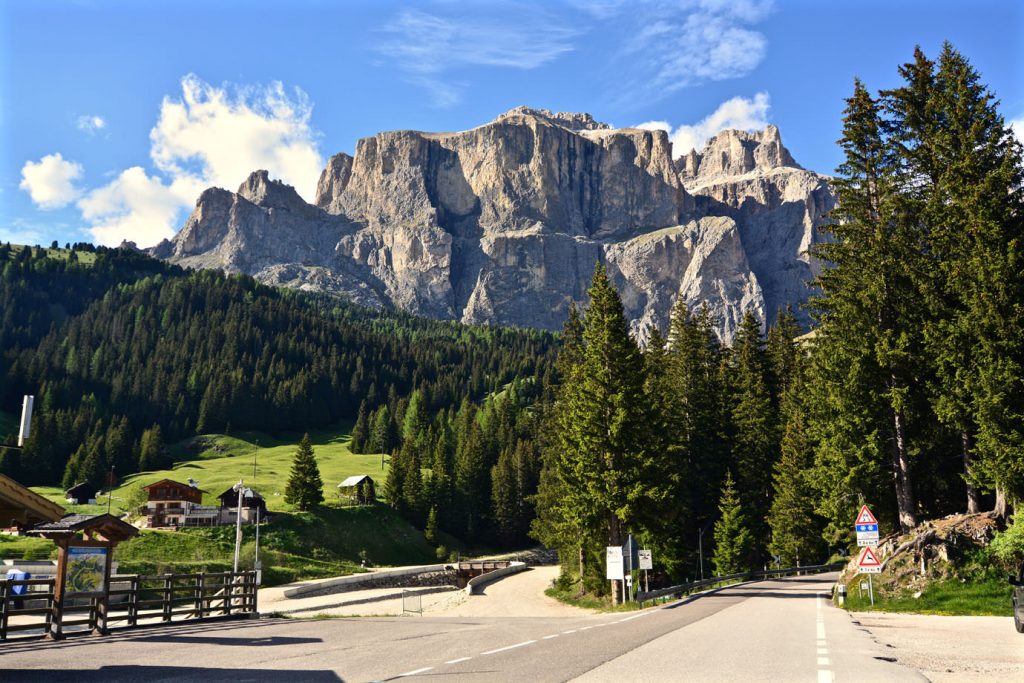 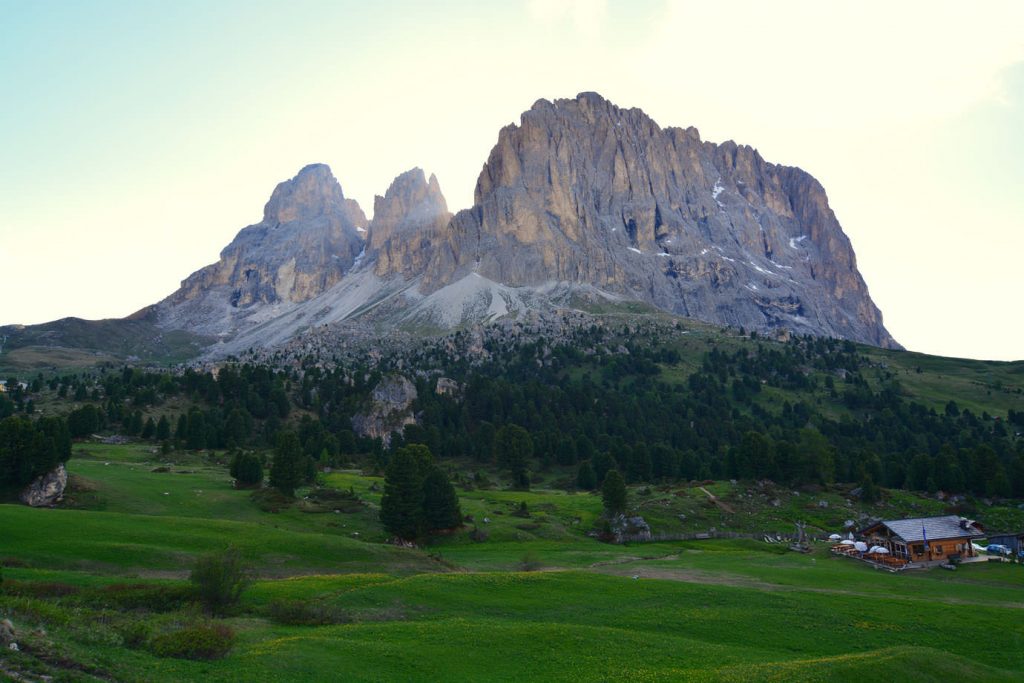 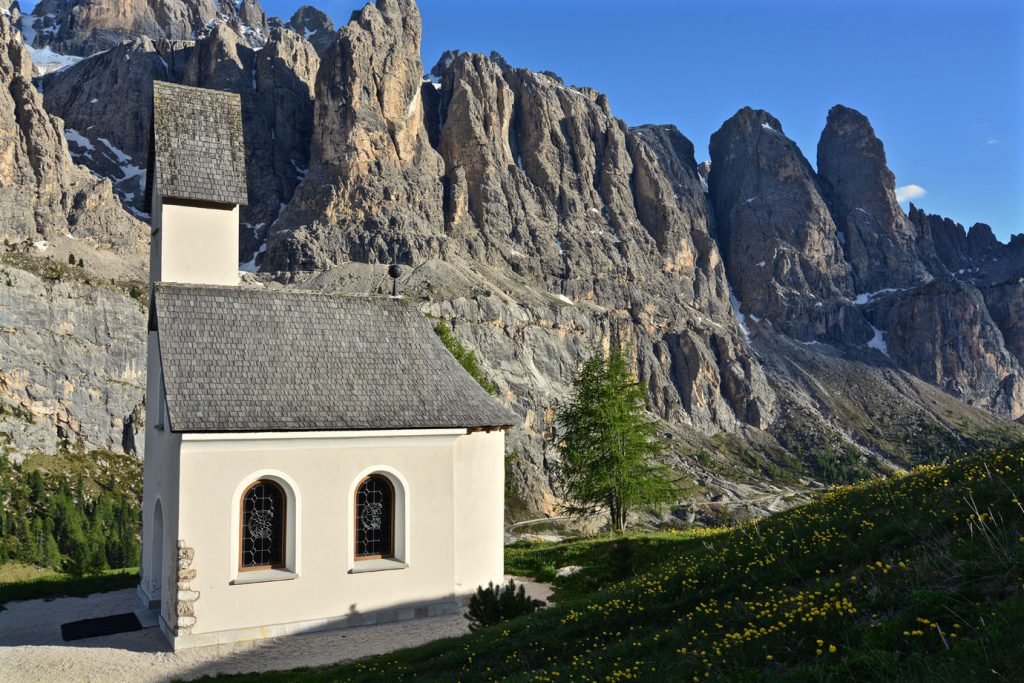