The Landwasser Viaduct is a 65 metres high and 136 metres long limestone railway viaduct. Owned by the Rhaetian Railway it spans the Landwasser river between the communities of Schmitten and Filisur, in the canton of Graubünden in Switzerland. Built between 1901 and 1902 it is still in use today and is crossed by at about 22.000 trains every year on one track for both directions. The Landwasser Viaduct is built of dark limestone and has six arch spans with a width of 20 metres each. In addition, several other viaducts can be found in Switzerland as railway transport is very sensitive to grades and the mountainous landscape, therefore, requires them to bypass all the mountains. Since 2008 it is listed as UNESCO world heritage site.

If you are already in the canton of Graubünden for visiting the Landwasser Viaduct, you shouldn’t miss visiting the village of Latsch as it was one of the shooting locations for the Heidi movie. 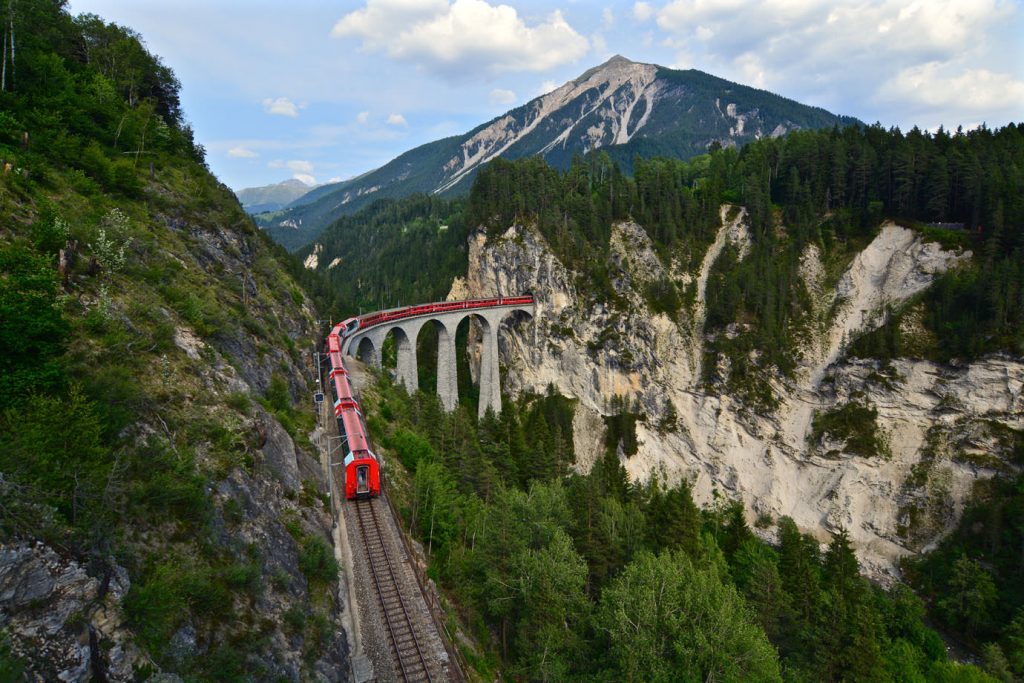 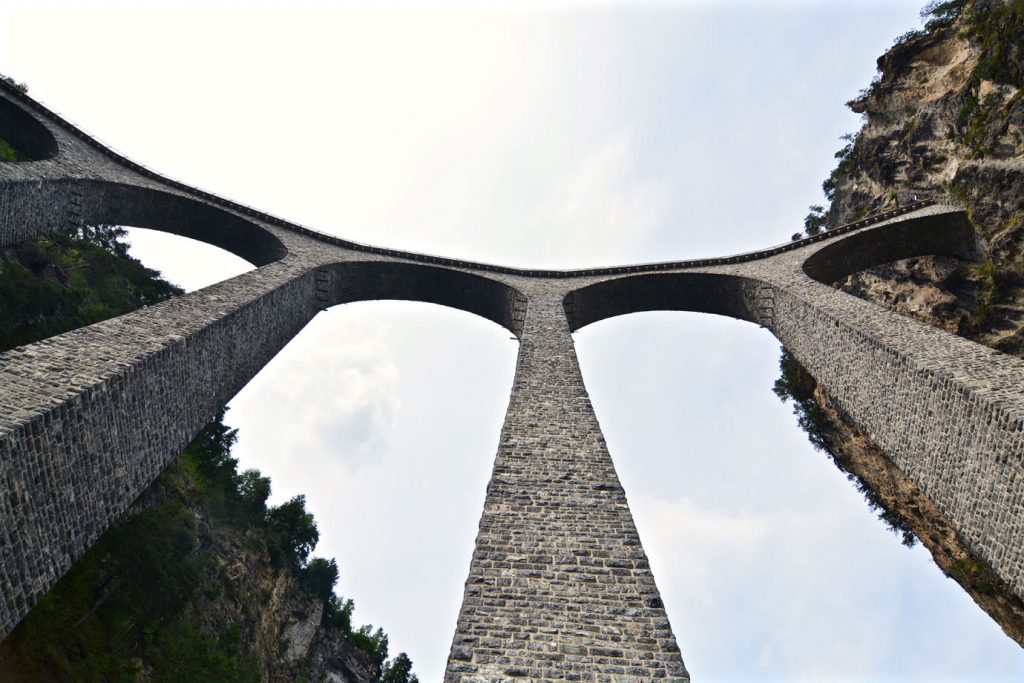 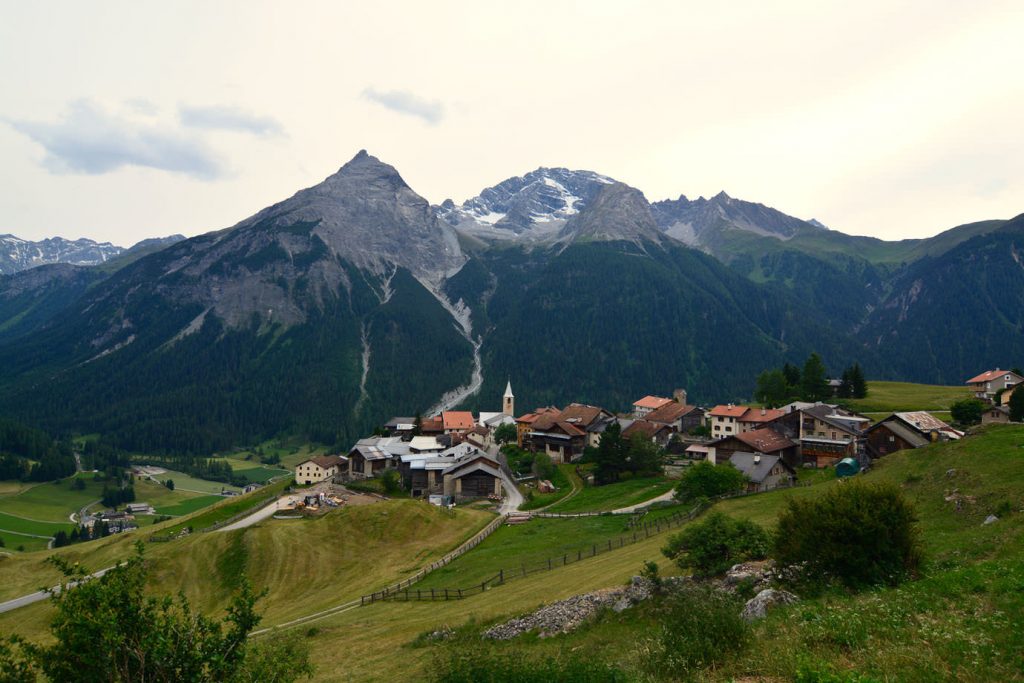 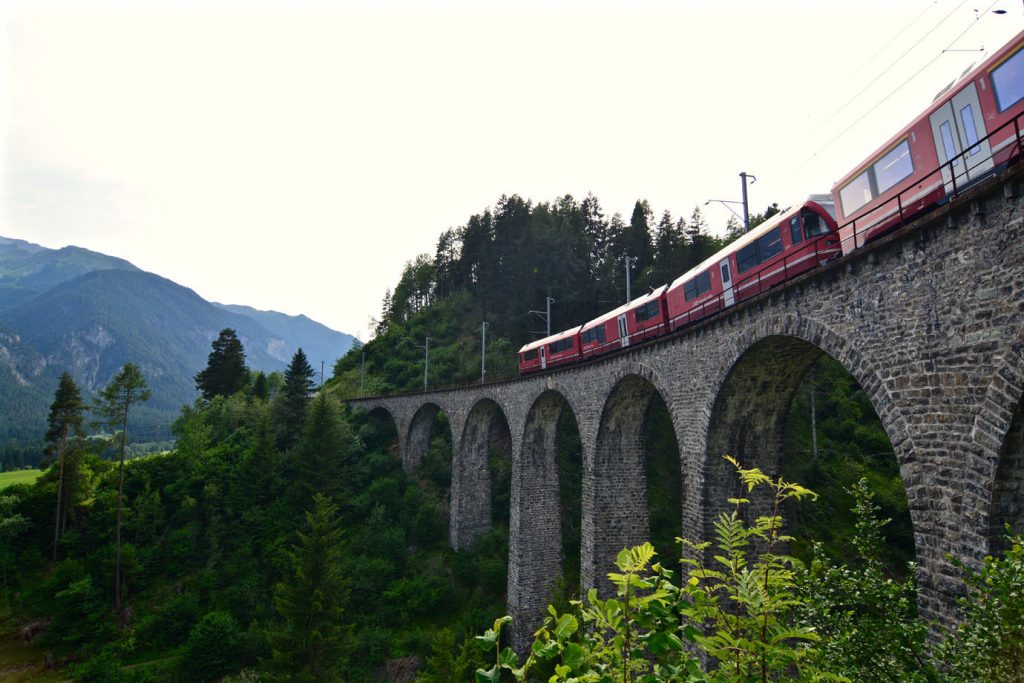 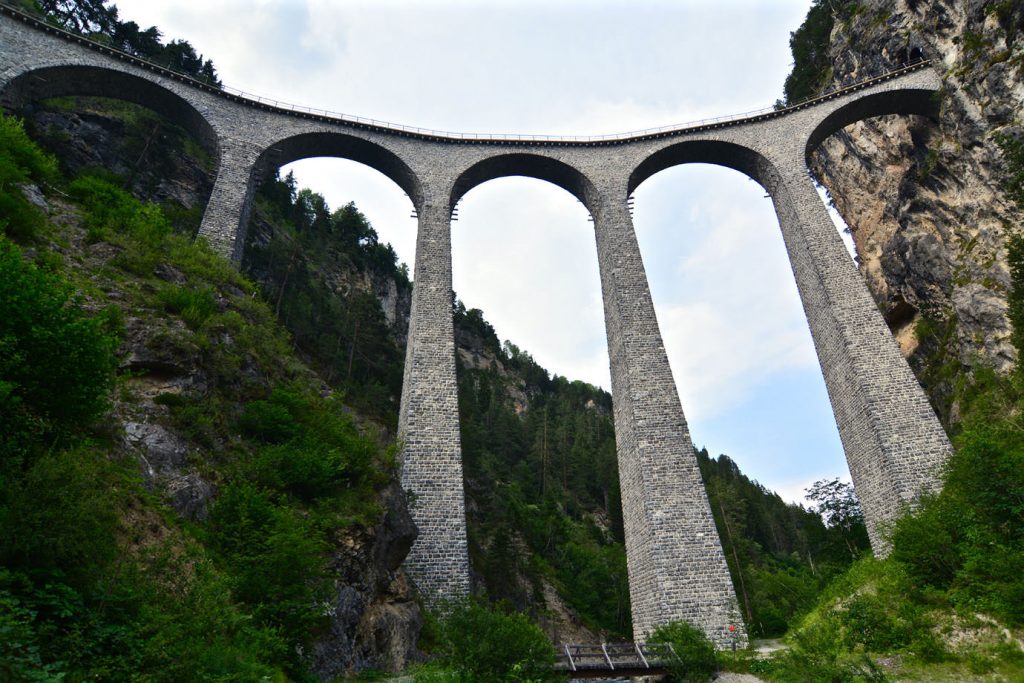 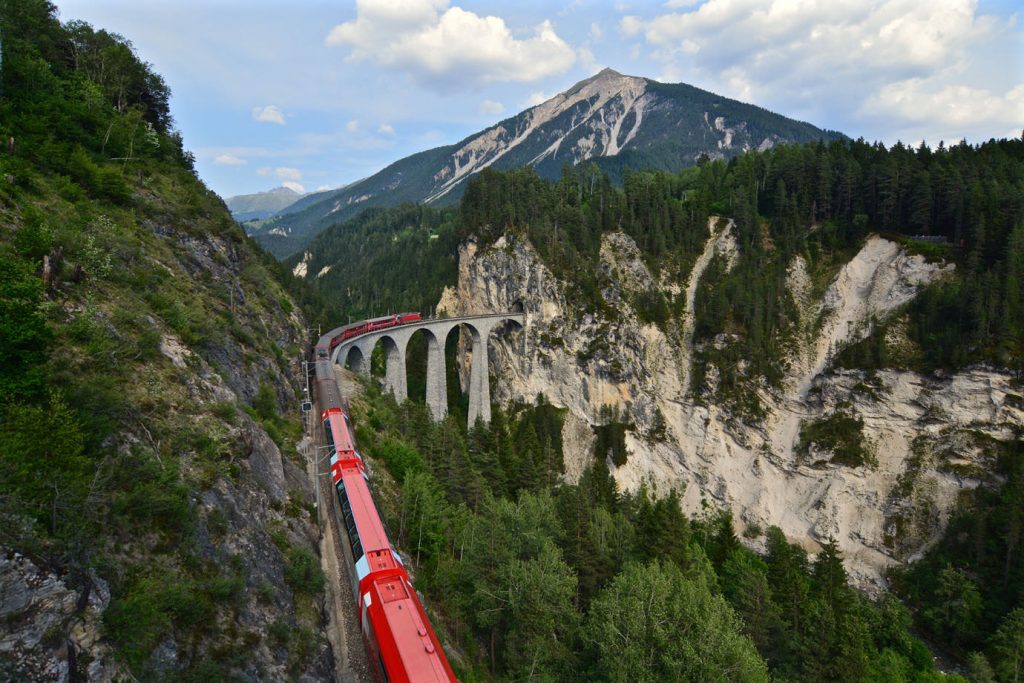 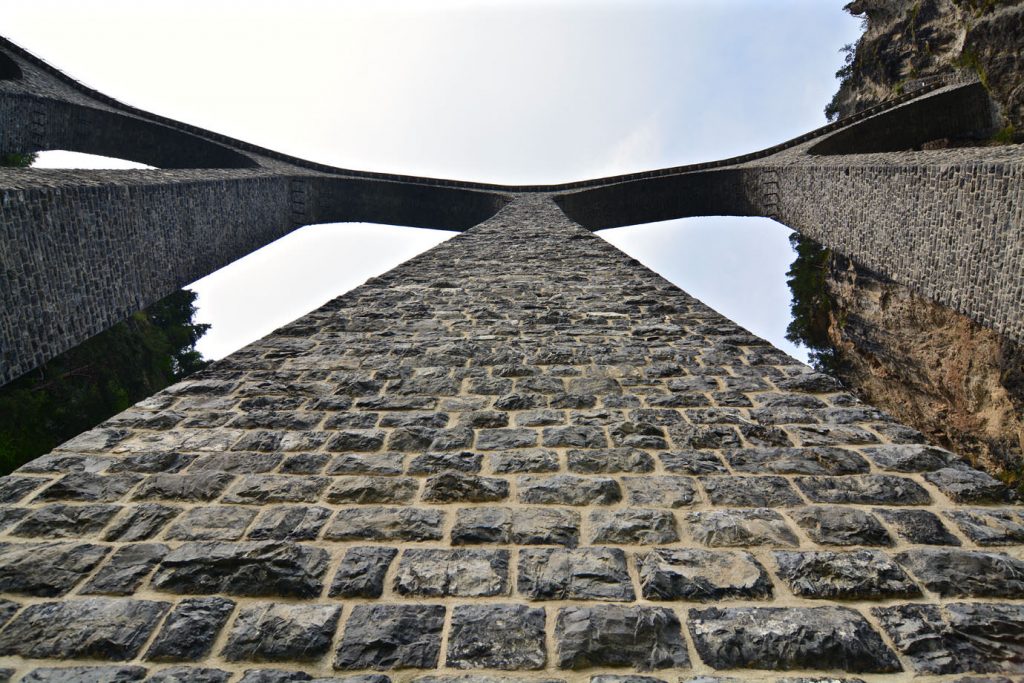 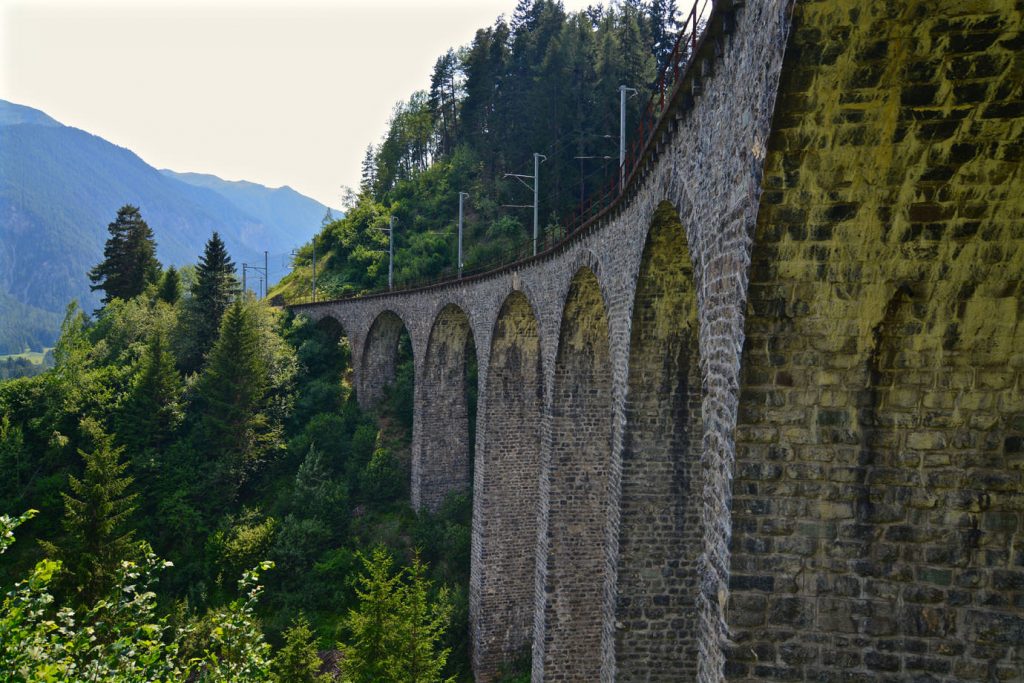 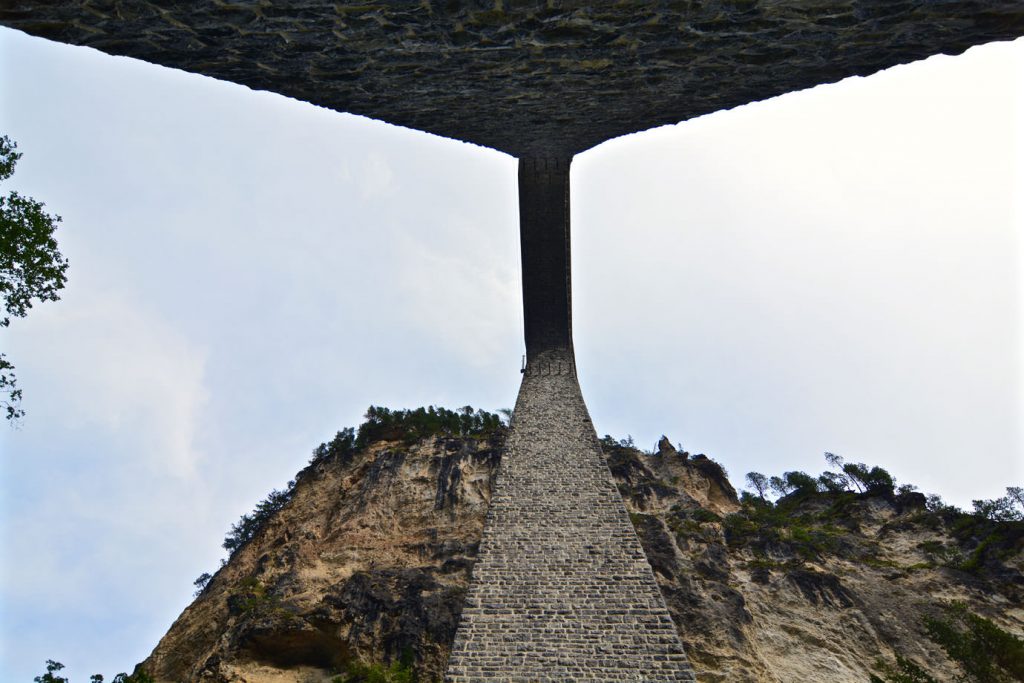 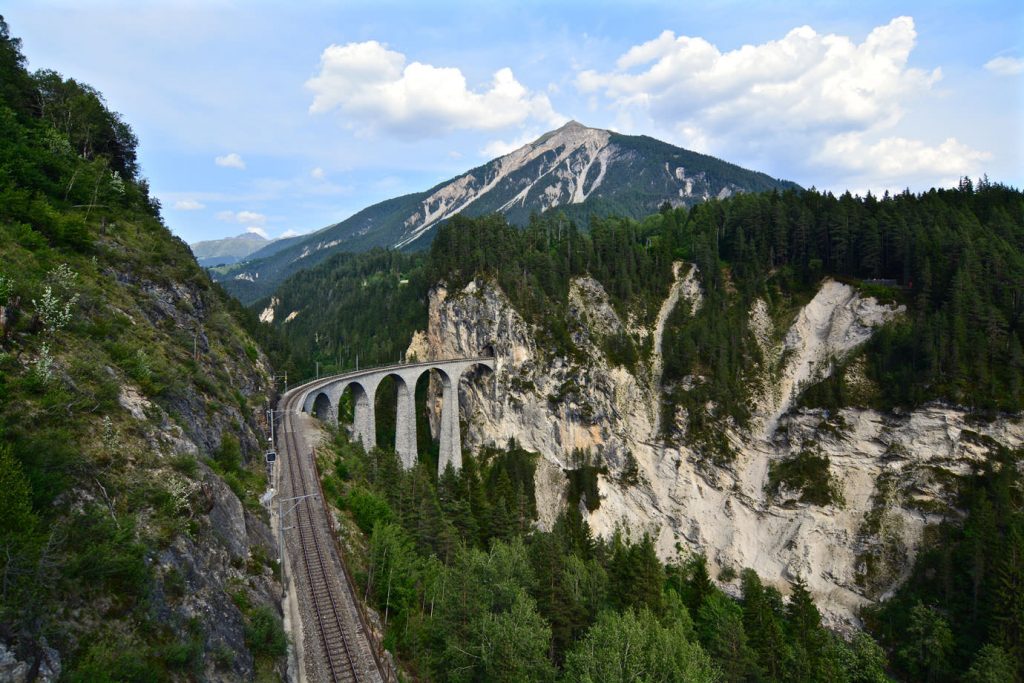 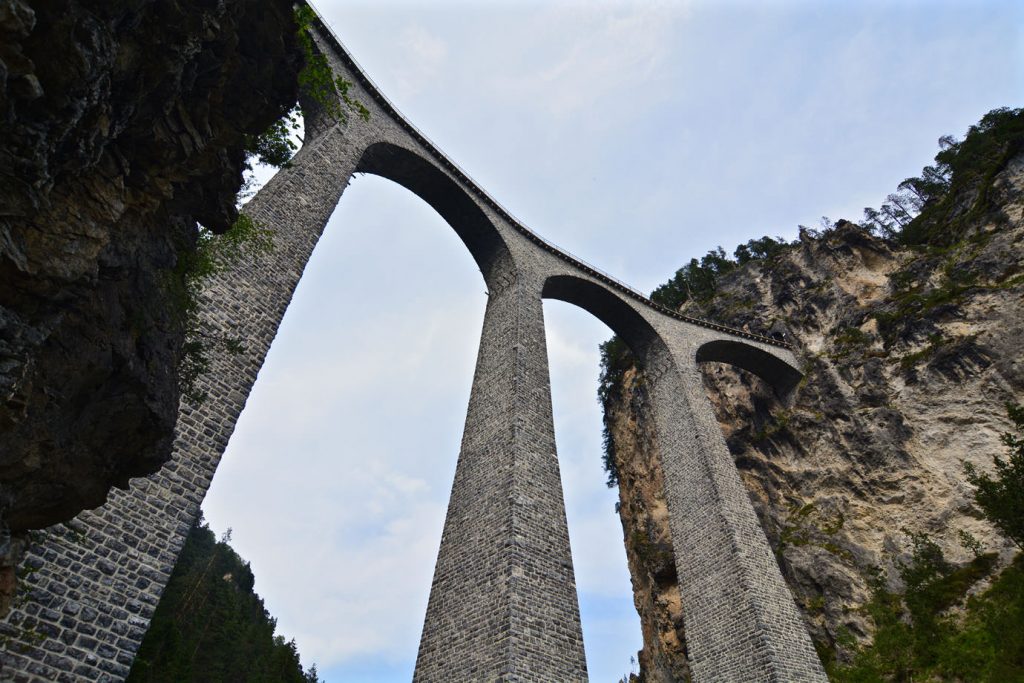