Milford Sound is a fiord within Fiordland National Park in the South Island of New Zealand. It is also know under its Māori name Piopiotahi and it’s the only one that can be accessed by road. Milford Sound is named after Milford haven in Wales, whereas its Māori name derives from the piopio bird that died out at about 1900. Piopiotahi means a single piopio. Māori legend says that Māui, a culture hero in Māori mythology, died in the attempt to win immortality for mankind. A piopio was said to have flown to Milford Sound to moan his dead. Nowadays Milford Sound is a popular tourist destination. It is known for the winning combination of the fiord’s cliffs, the waterfalls and the mountain peaks. Furthermore it is home to seals, penguins and dolphins. 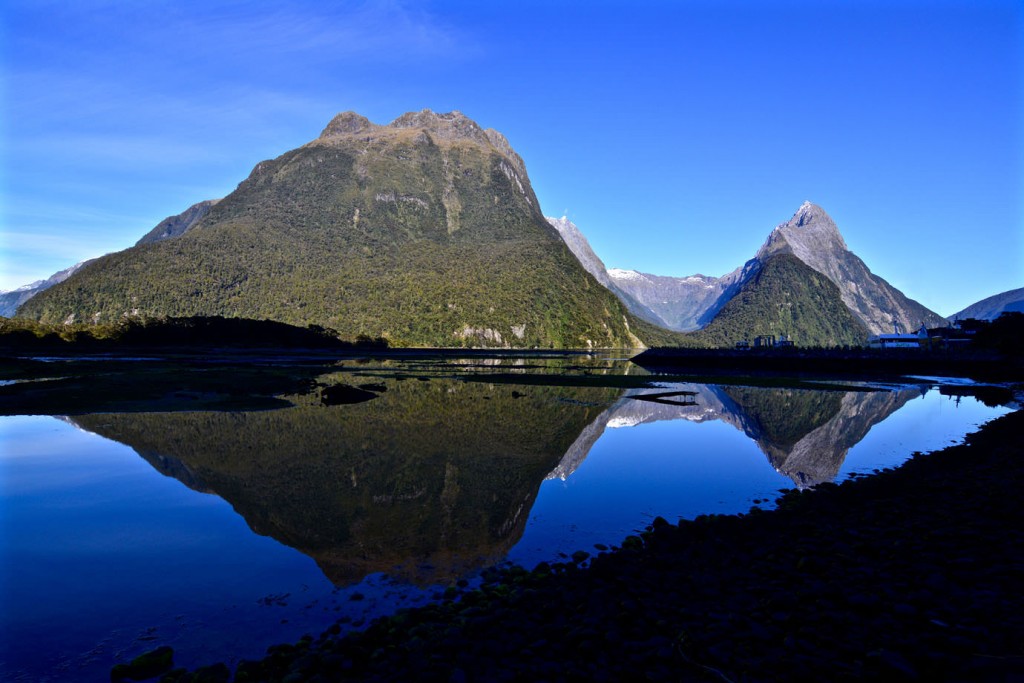 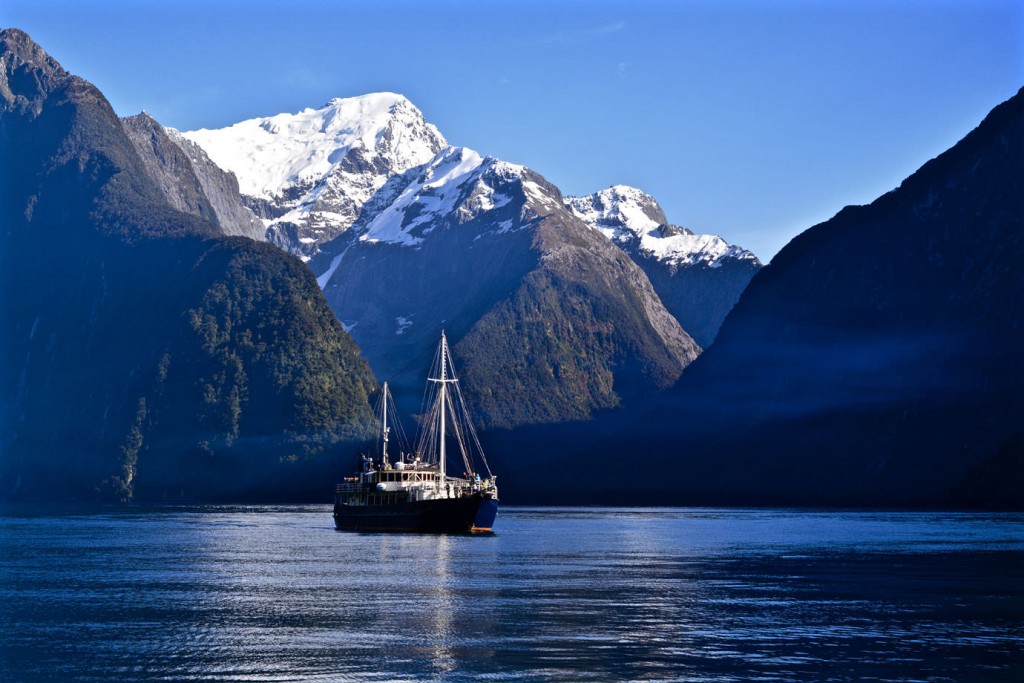 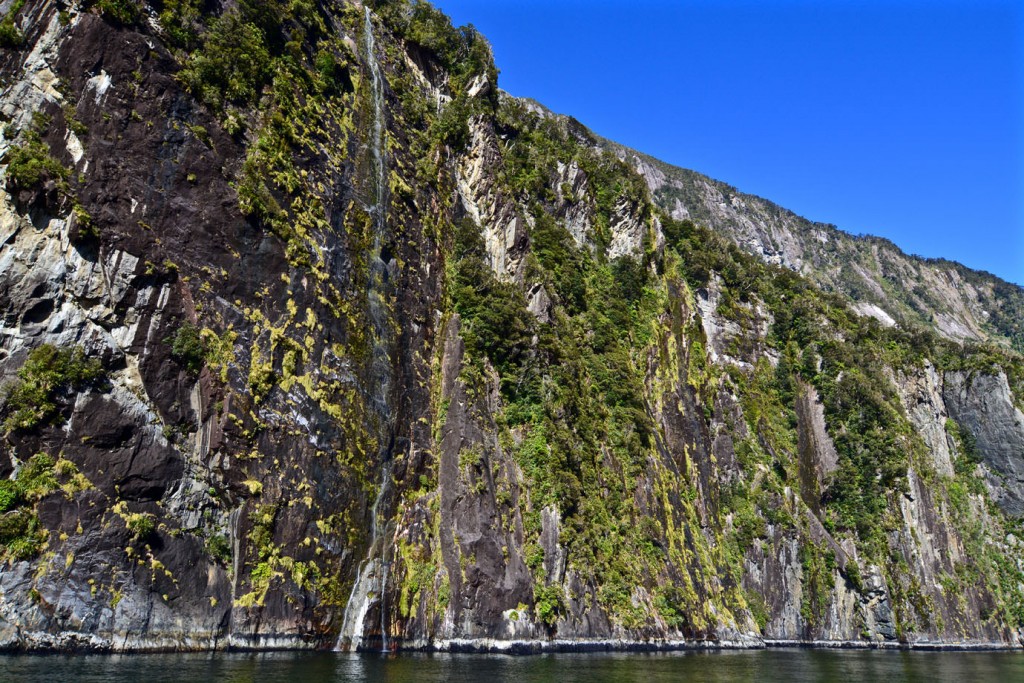 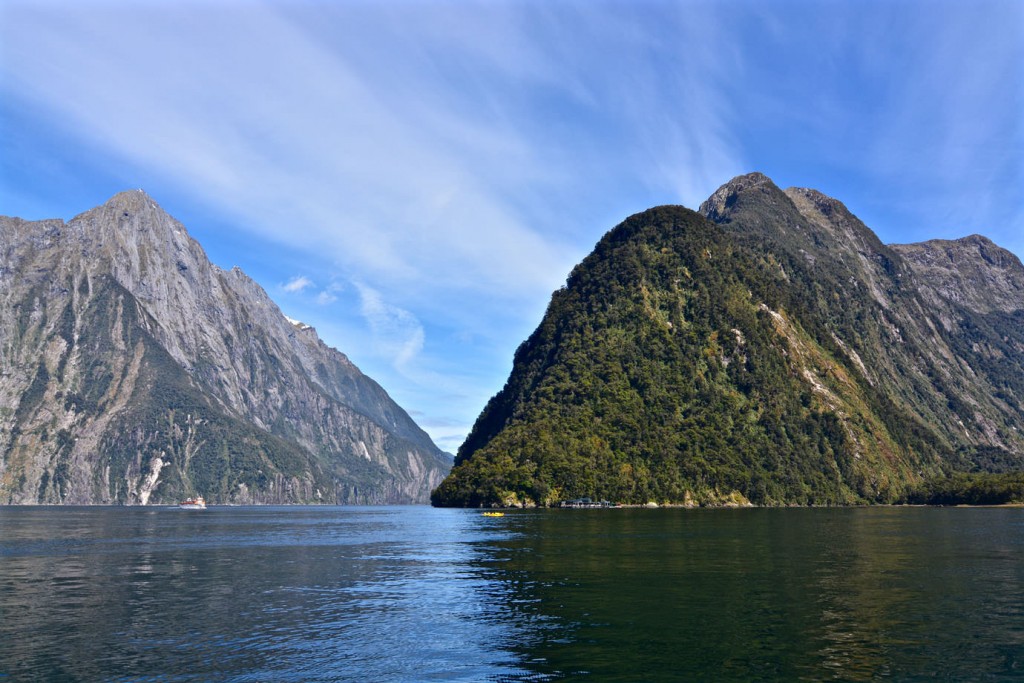 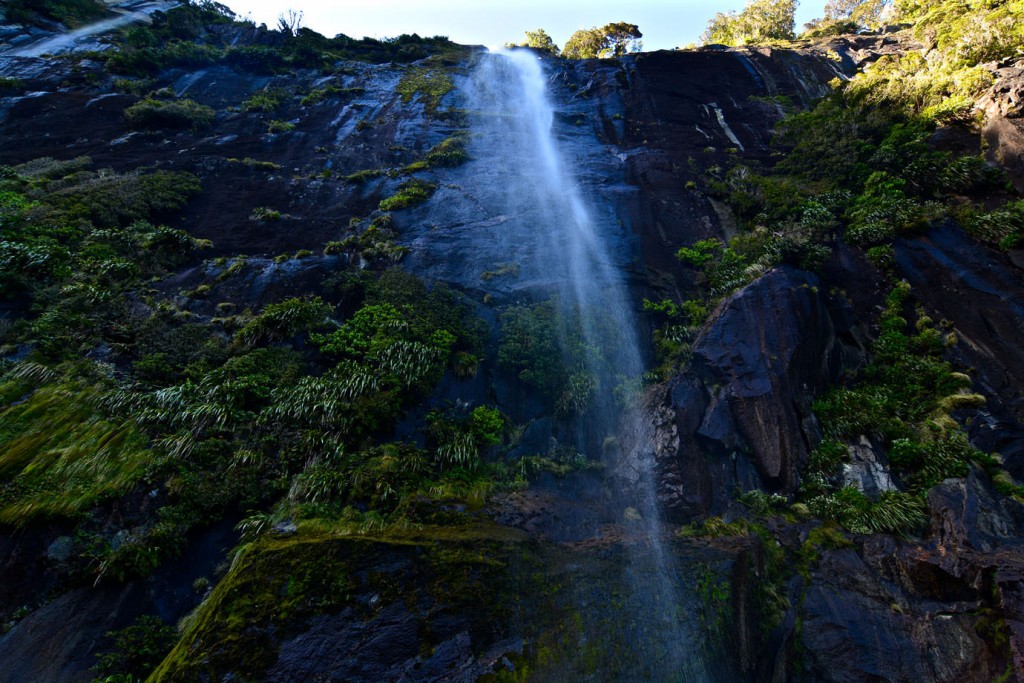 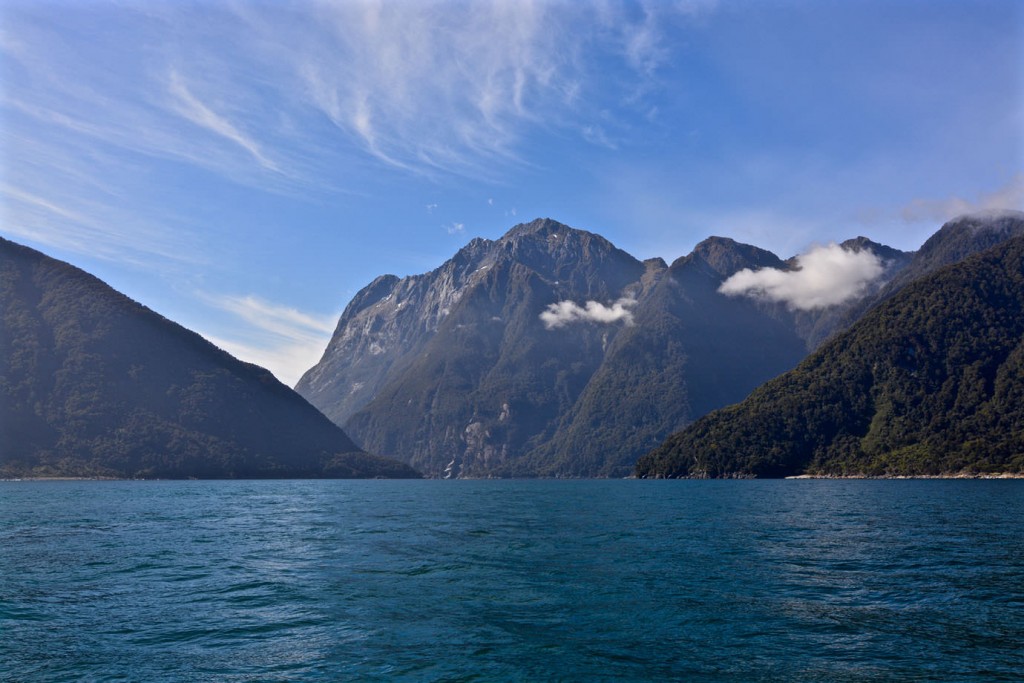 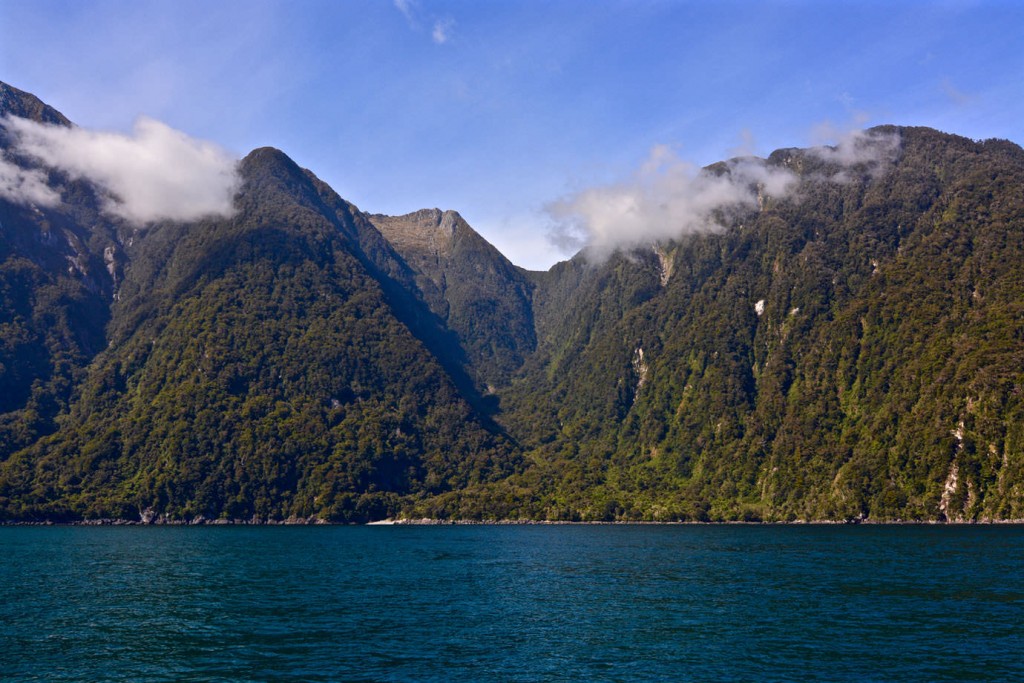 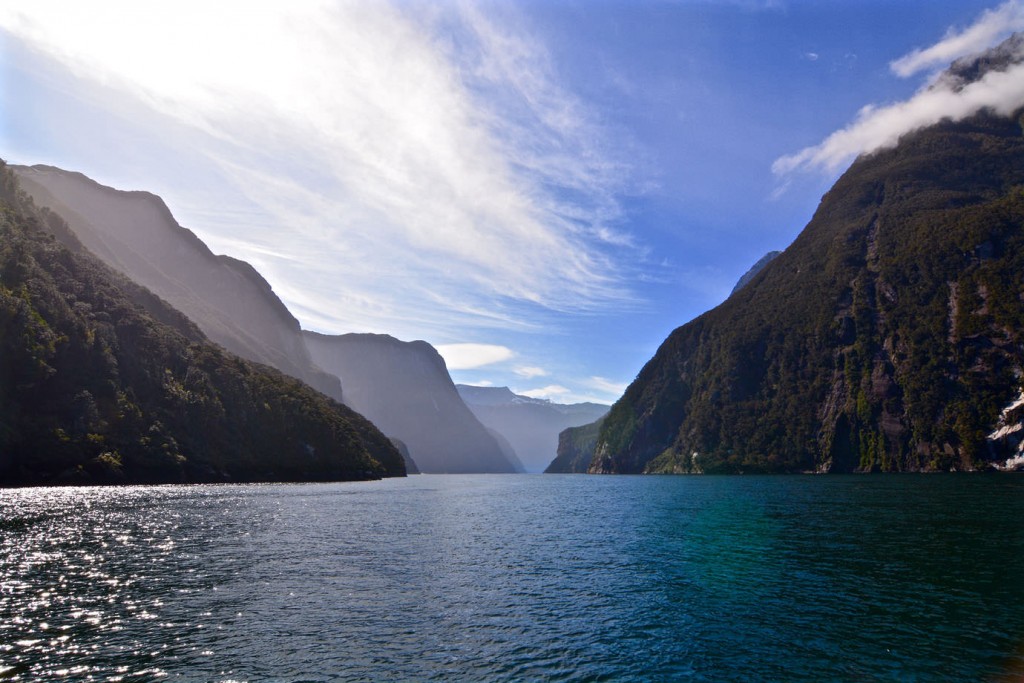 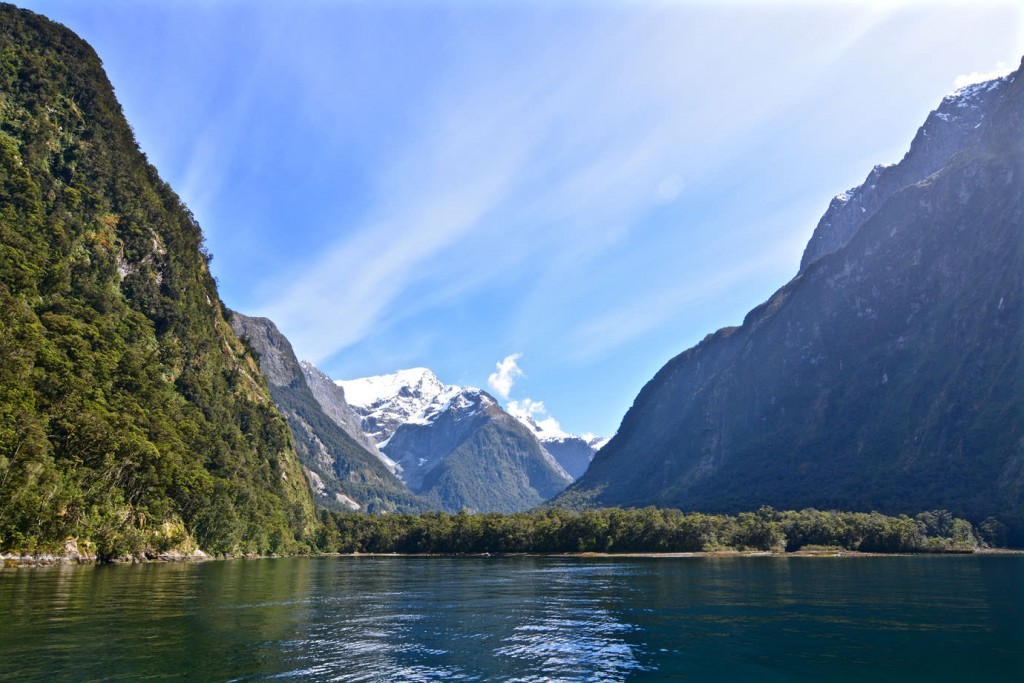 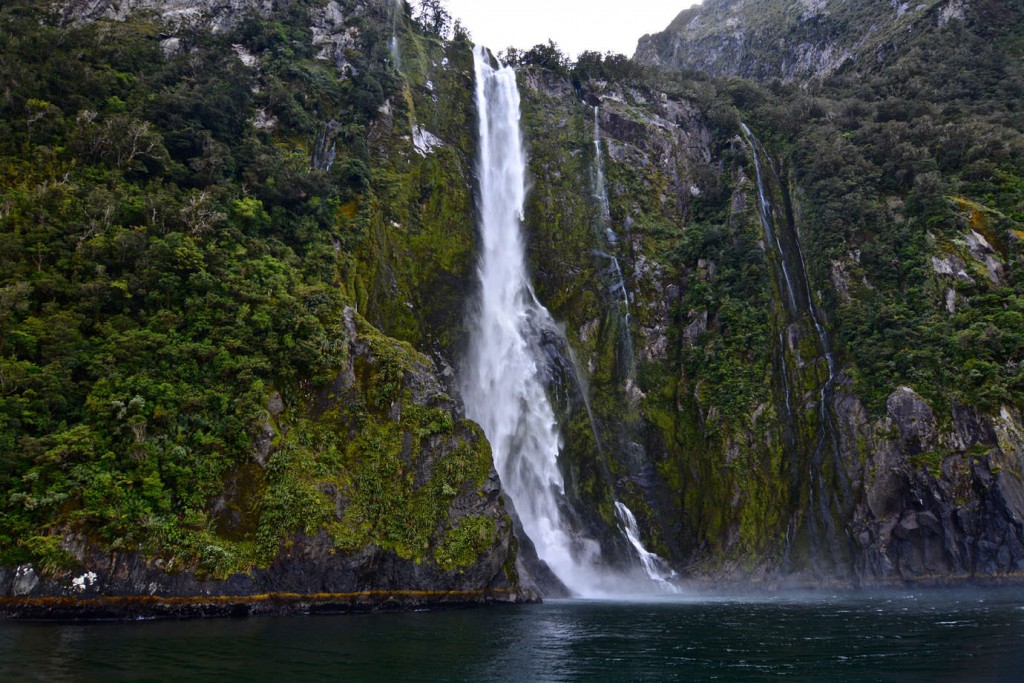 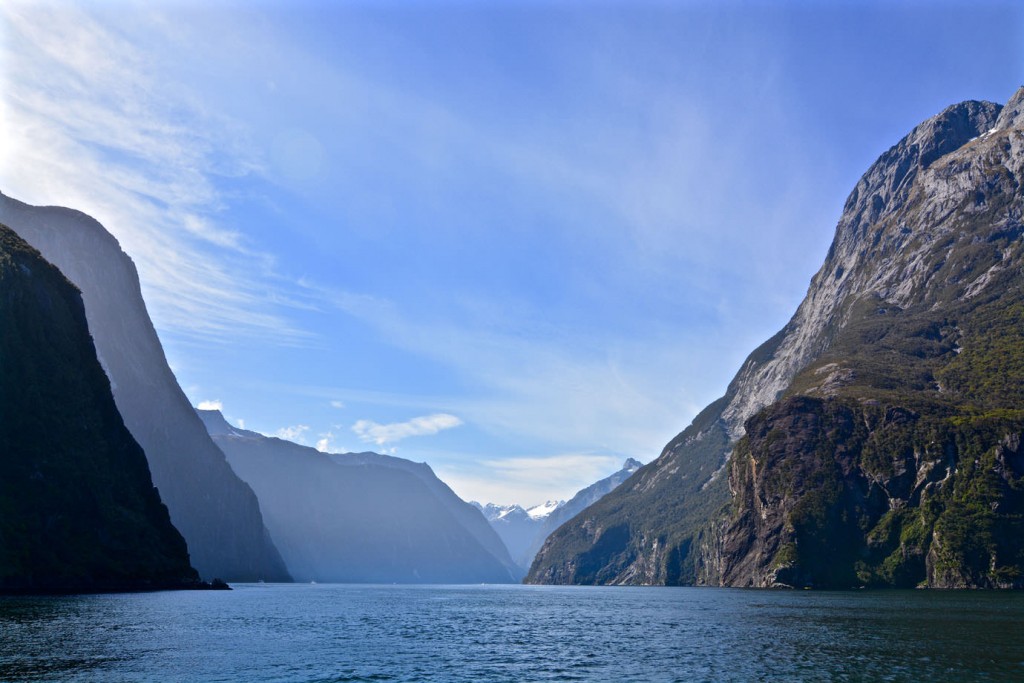 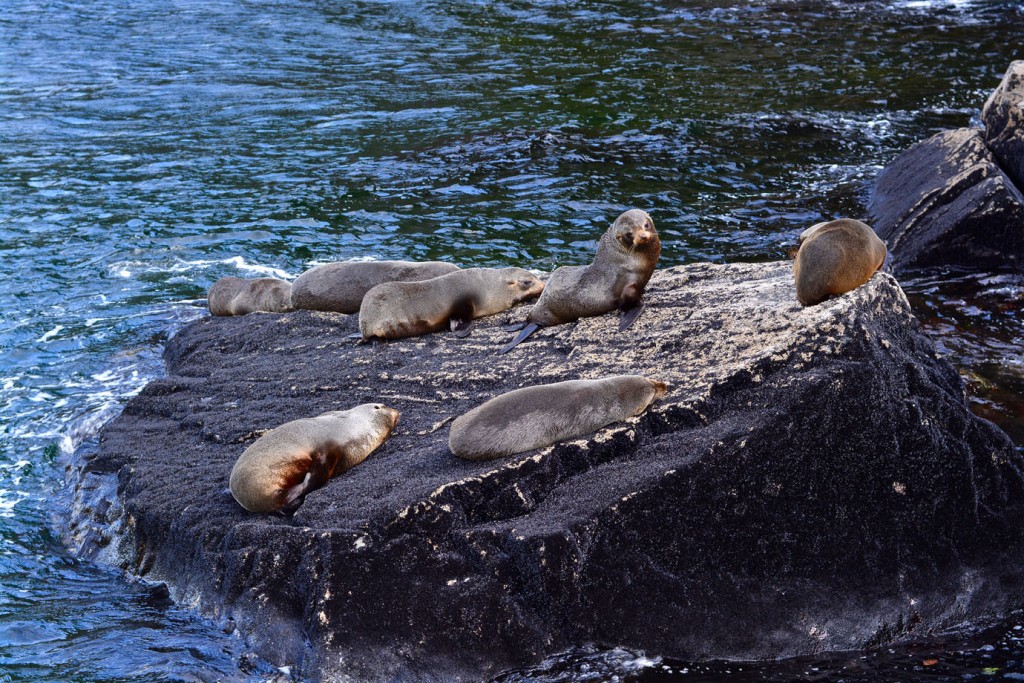 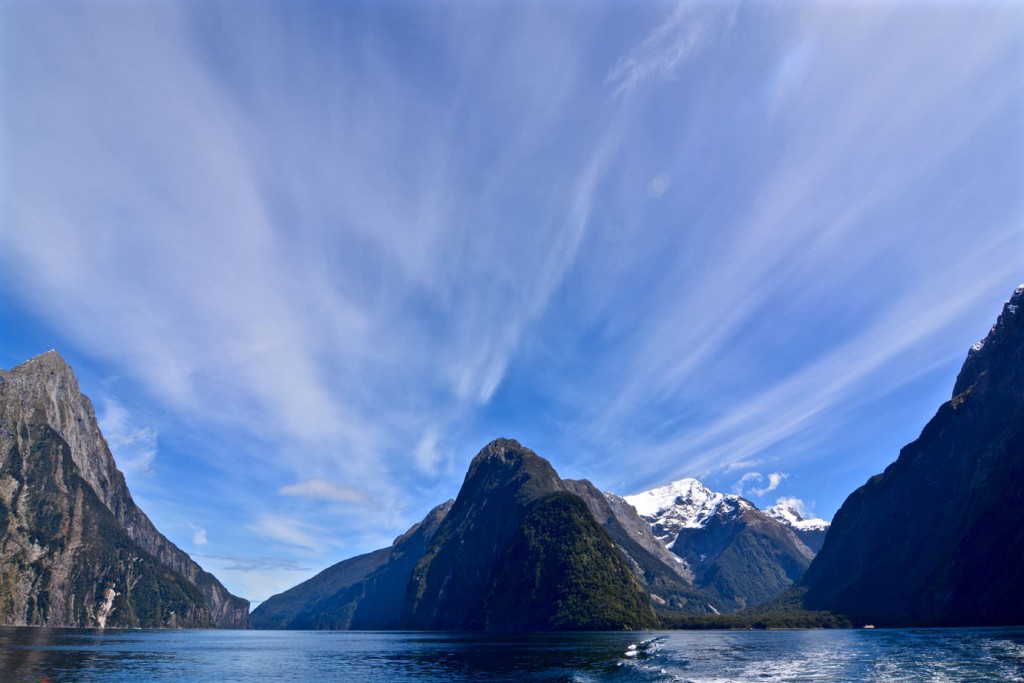 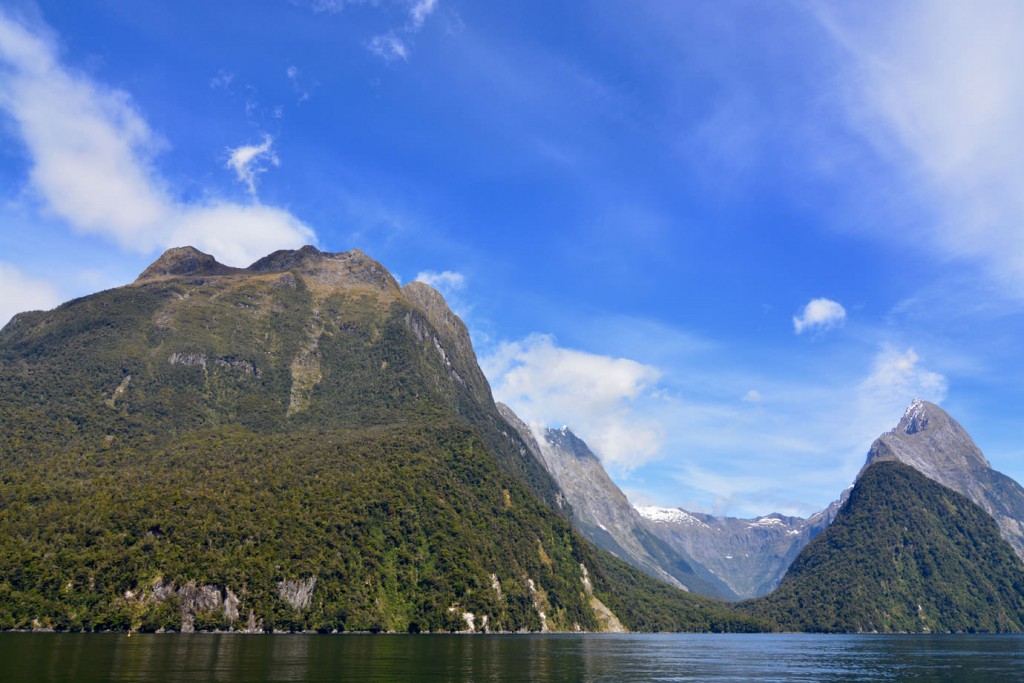 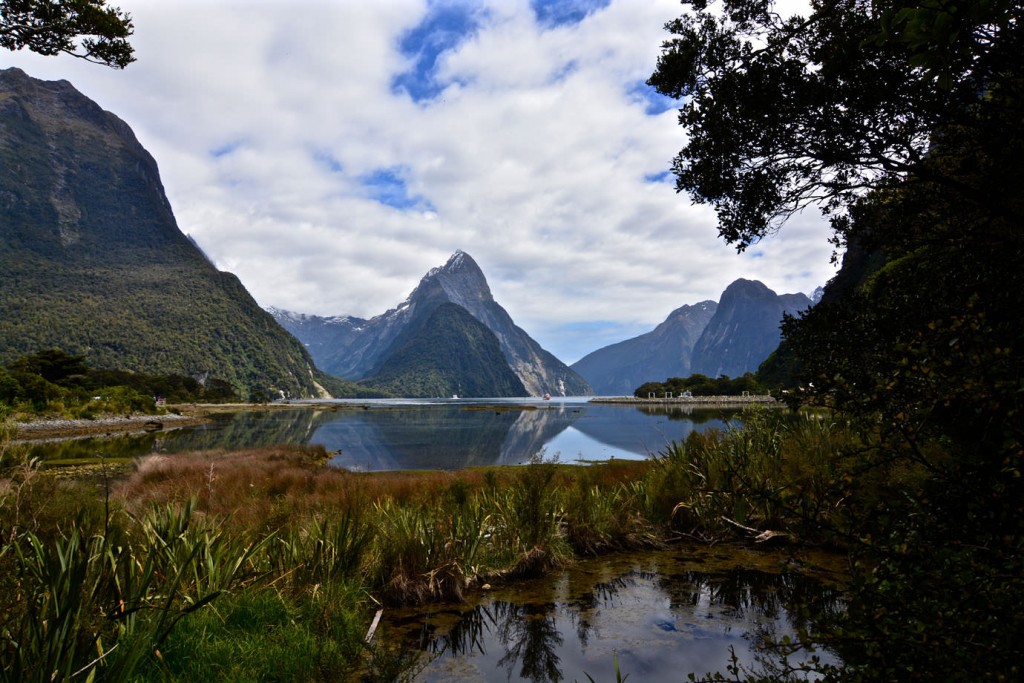 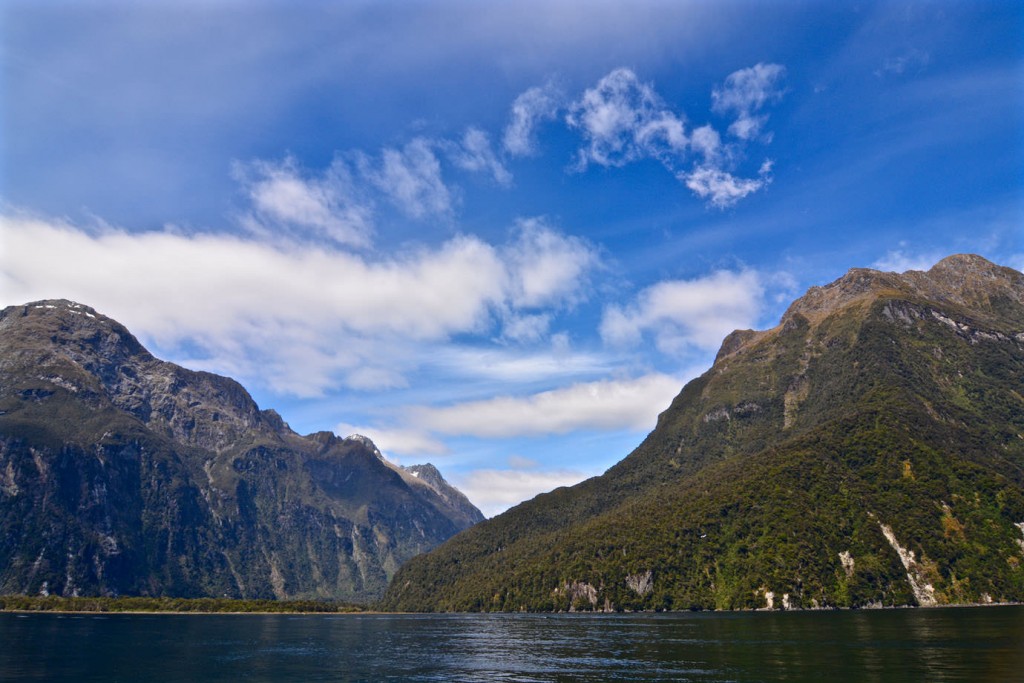