Mueller Hut is located at 1800 metres on the Sealy Range in Mount Cook National Park on the South Island of New Zealand. Mount Cook Village can be found right next to Tasman Valley and serves as starting point to the so called Mueller Hut Route. Before Mueller Hut Route is actually reached Kea Point Track and Sealy Tarns have to be completed. From Sealy Turns the actual Mueller Hut Route starts. After another 500 metres the Skyline Ridge is reached and Mueller Glacier can be seen. The glacier was named by Julius Haast after Ferdinand von Mueller, who was a Danish-born scientist and explorer, in 1862. After another 30 minutes Mueller Hut is finally reached. The present hut is already the fifth hut to be built with that name. The first one was built in 1914 and the last one in 2003. The hut can sleep 28 people and is located right below Mount Ollivier. Mount Ollivier was the first mountain climbed by Sir Edmund Hillary who opened the hut in 2003. Hillary and Nepalese Sherpa mountaineer Tenzing Norgay were the first climbers who reached the summit of Mount Everest. Overall (up and down) the track is 10.4 kilometres long and includes 1000 metres of elevation. 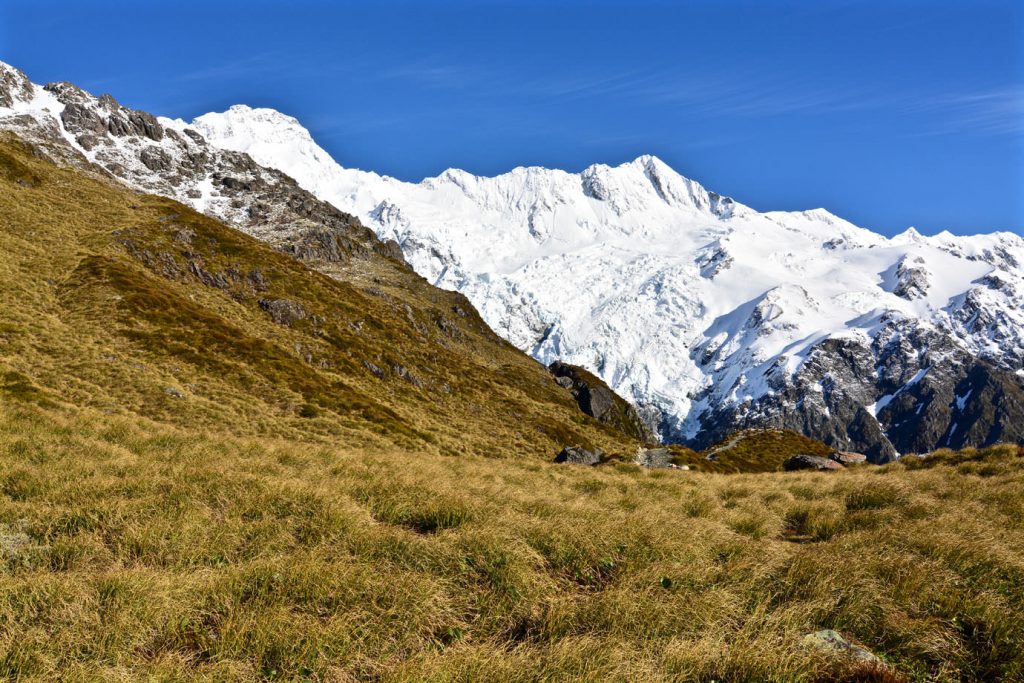 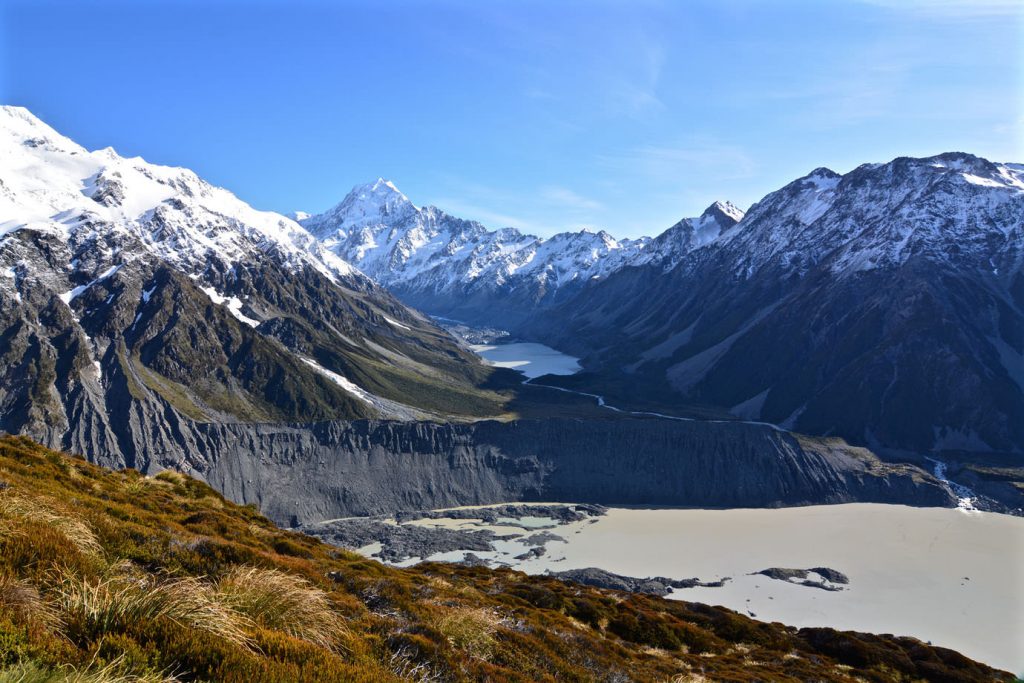 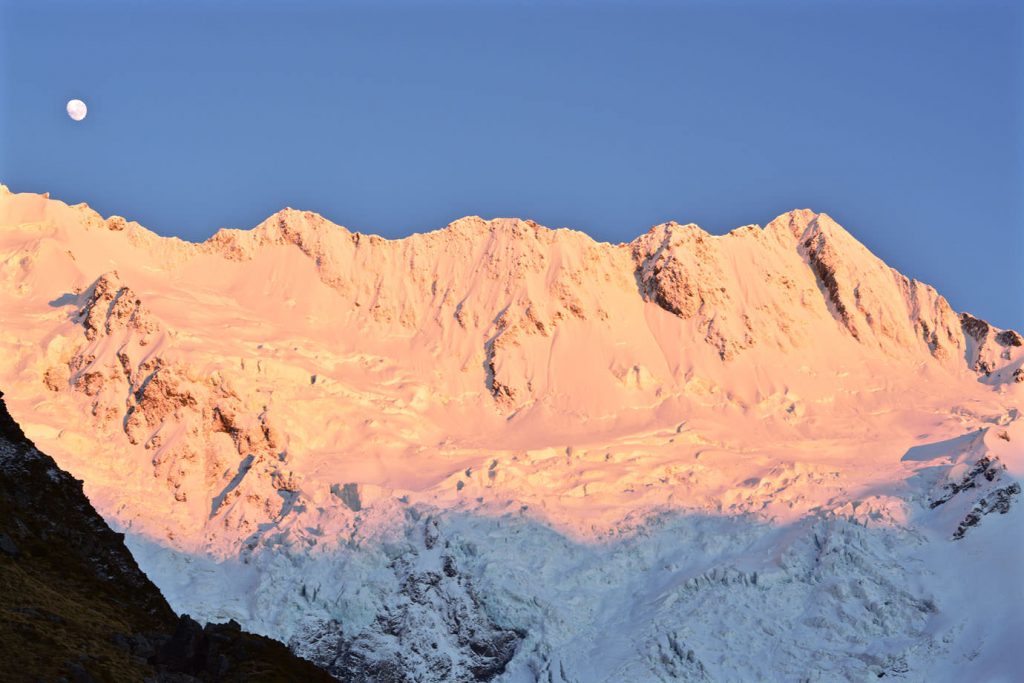 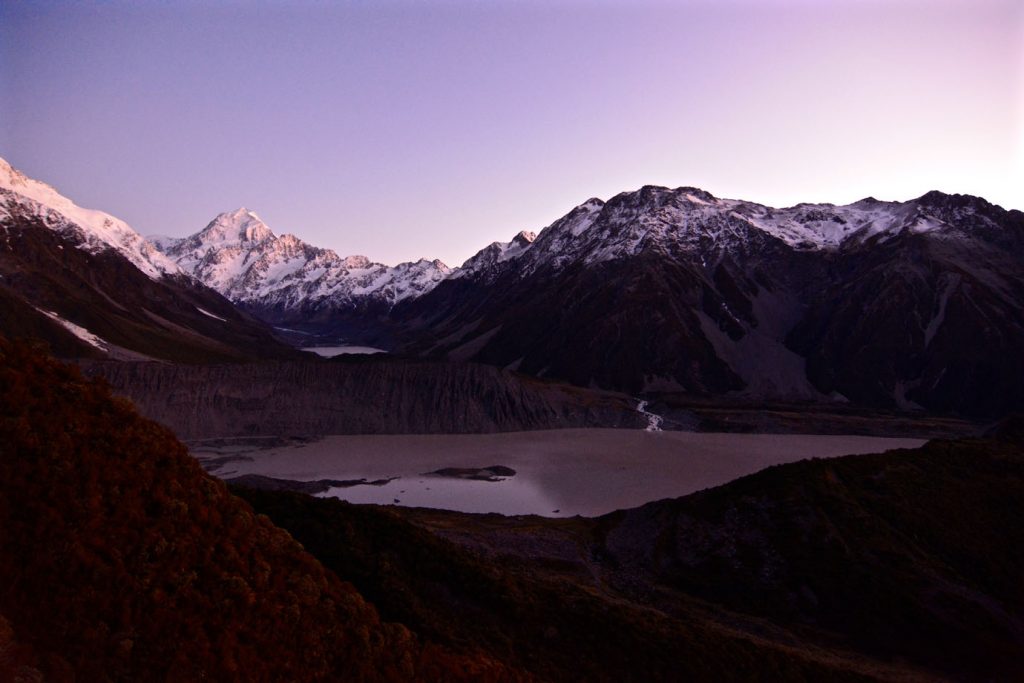 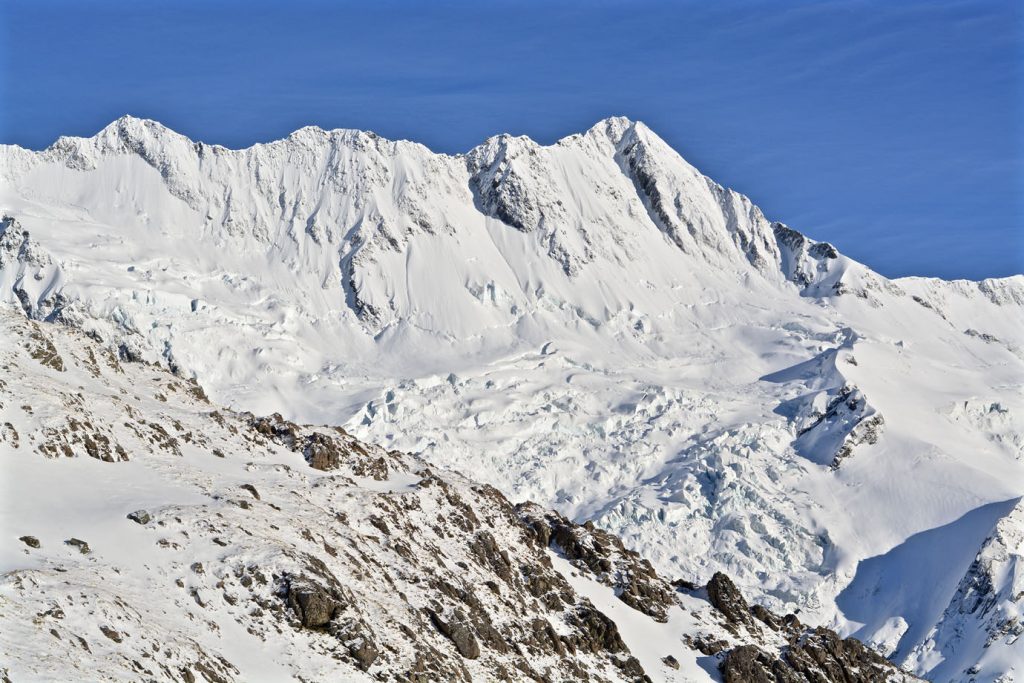 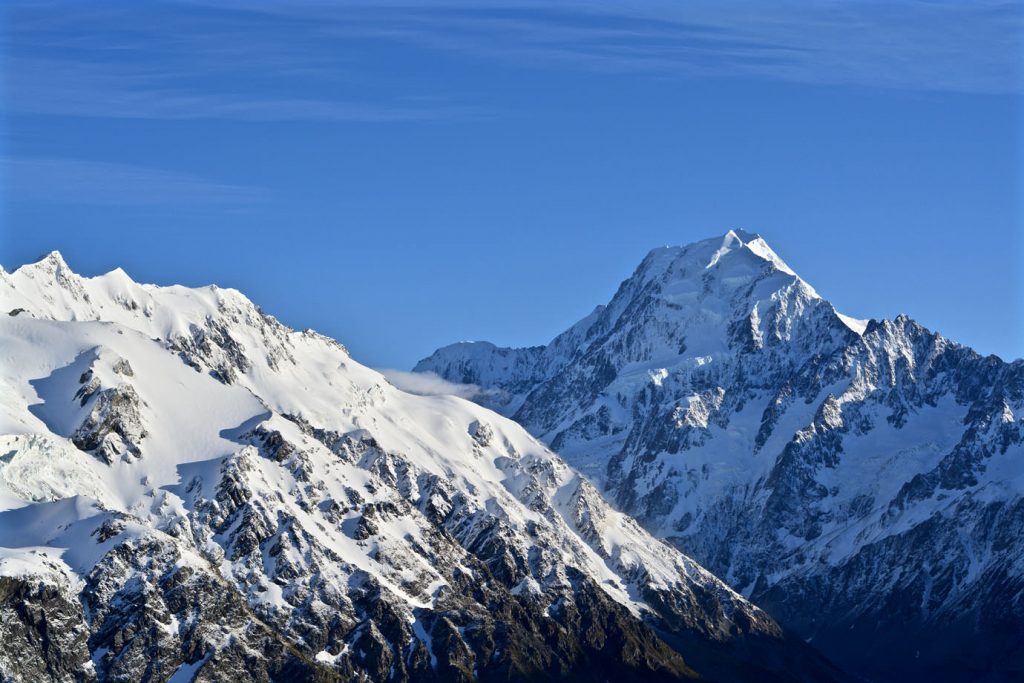 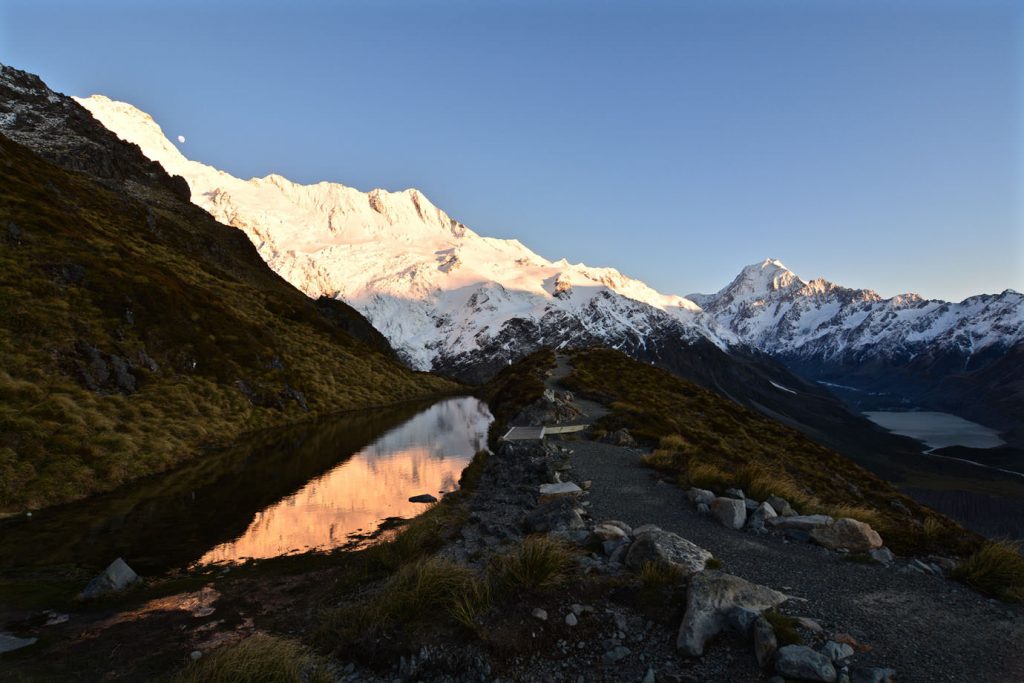 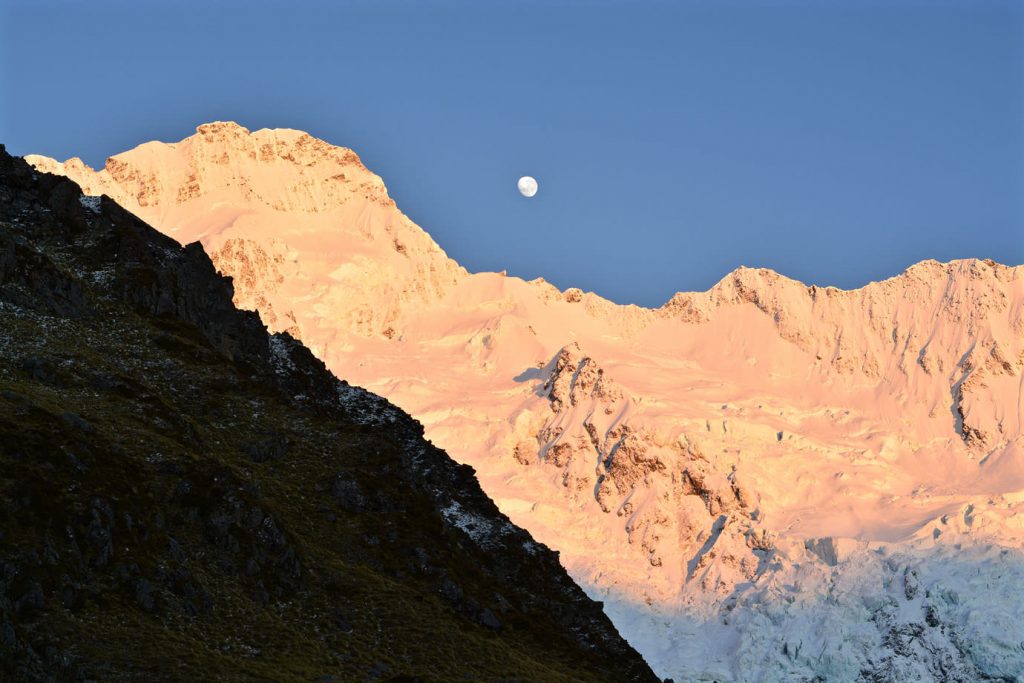 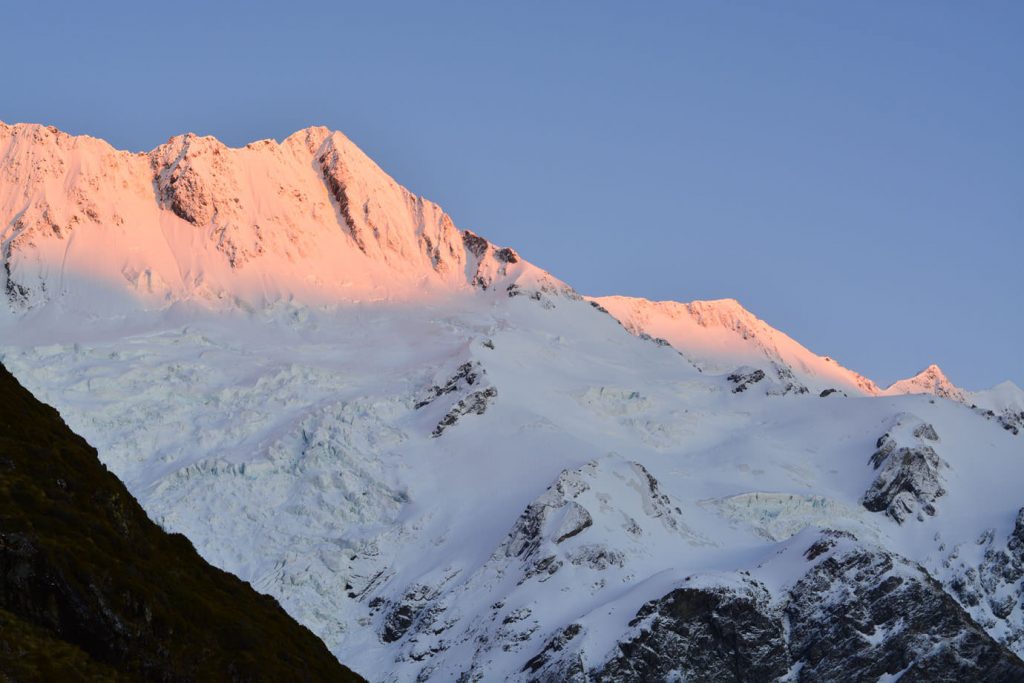 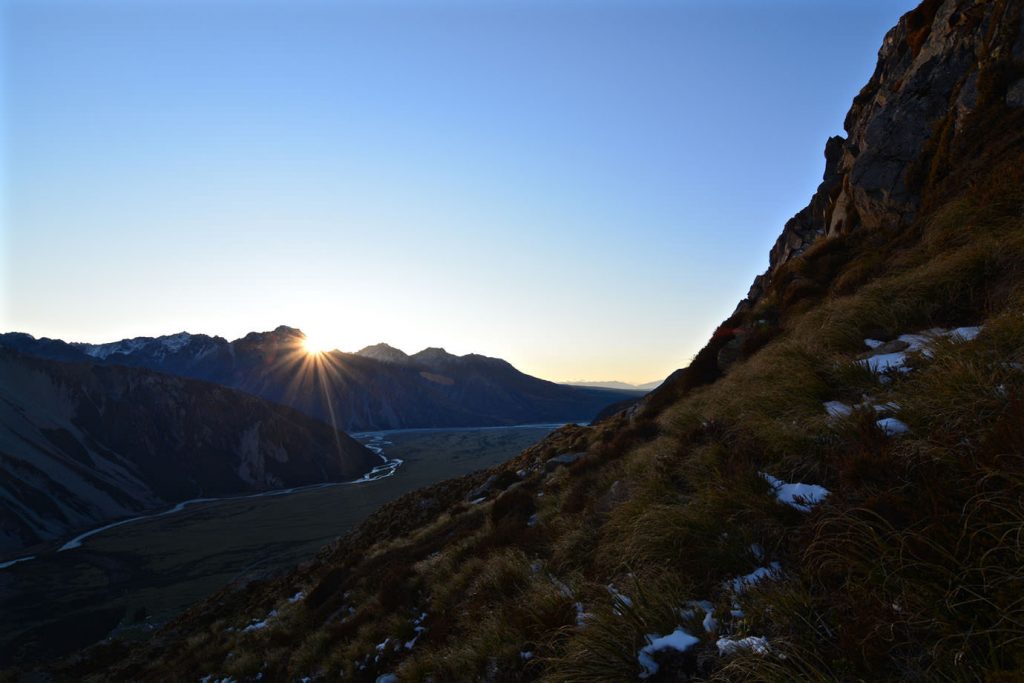 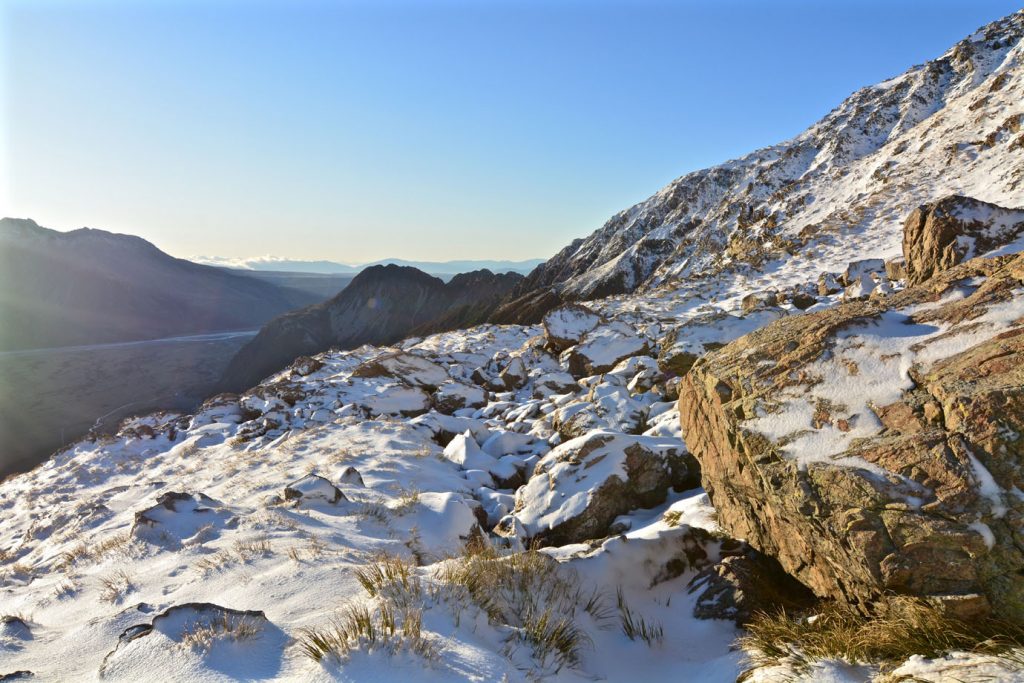 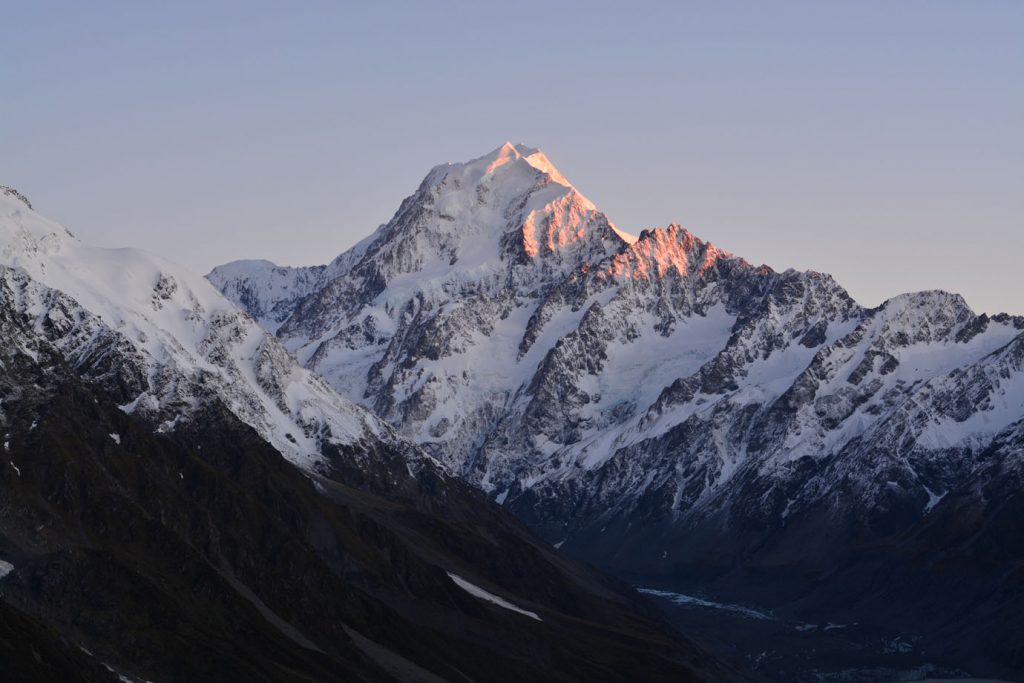 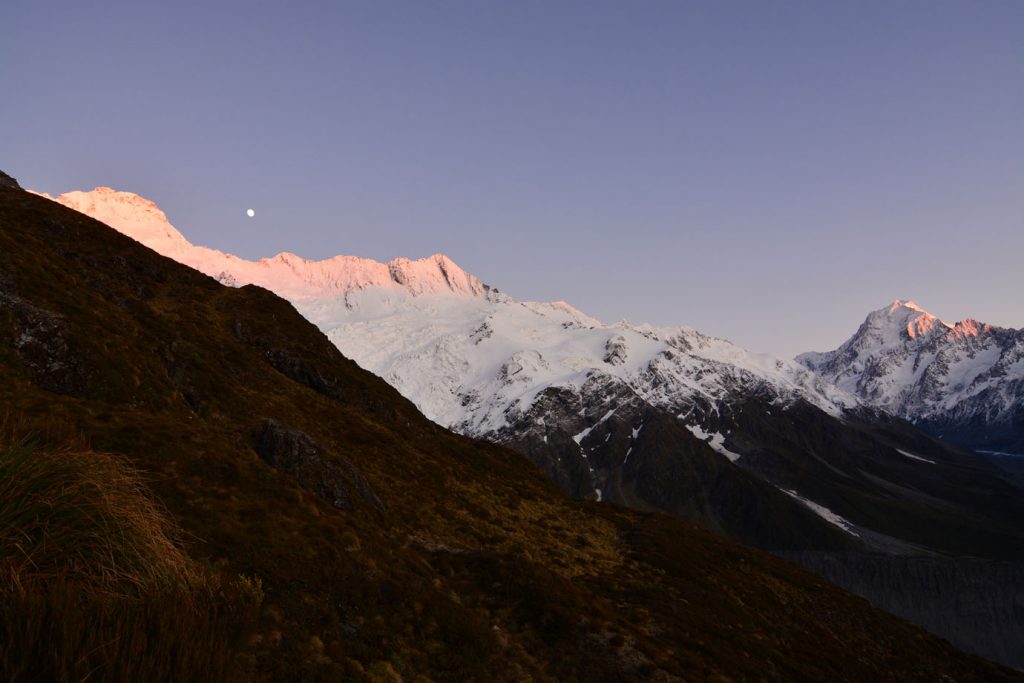 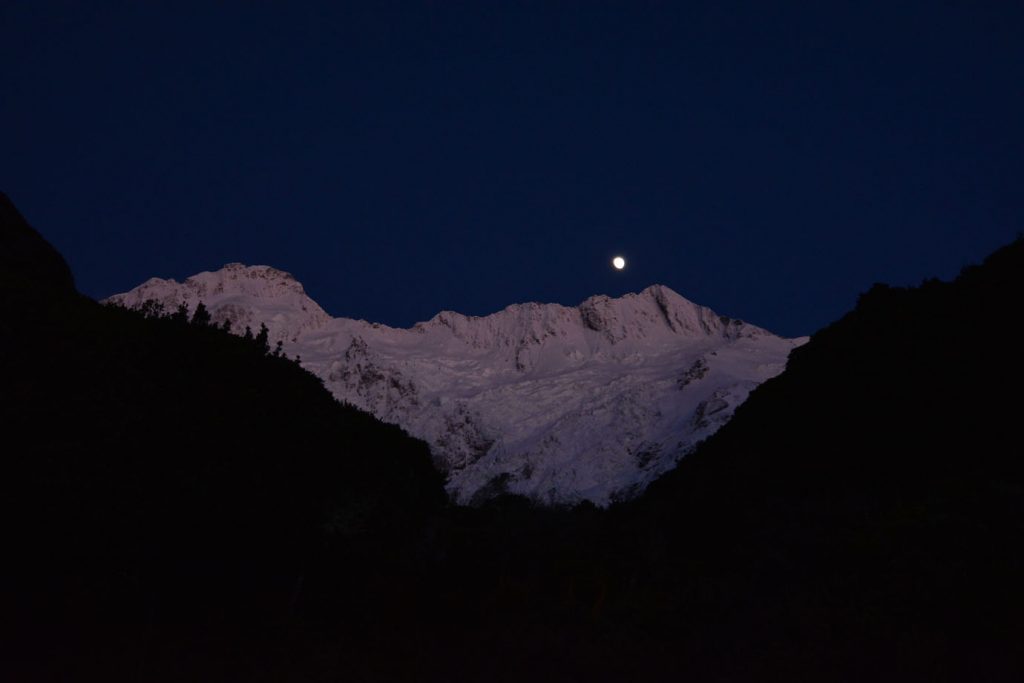 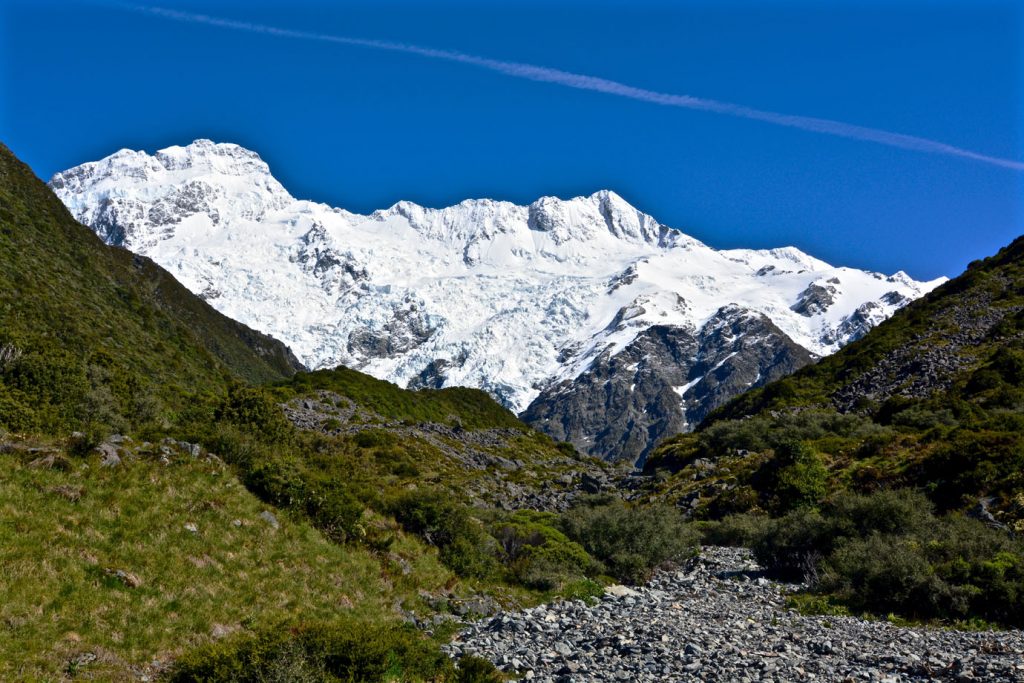 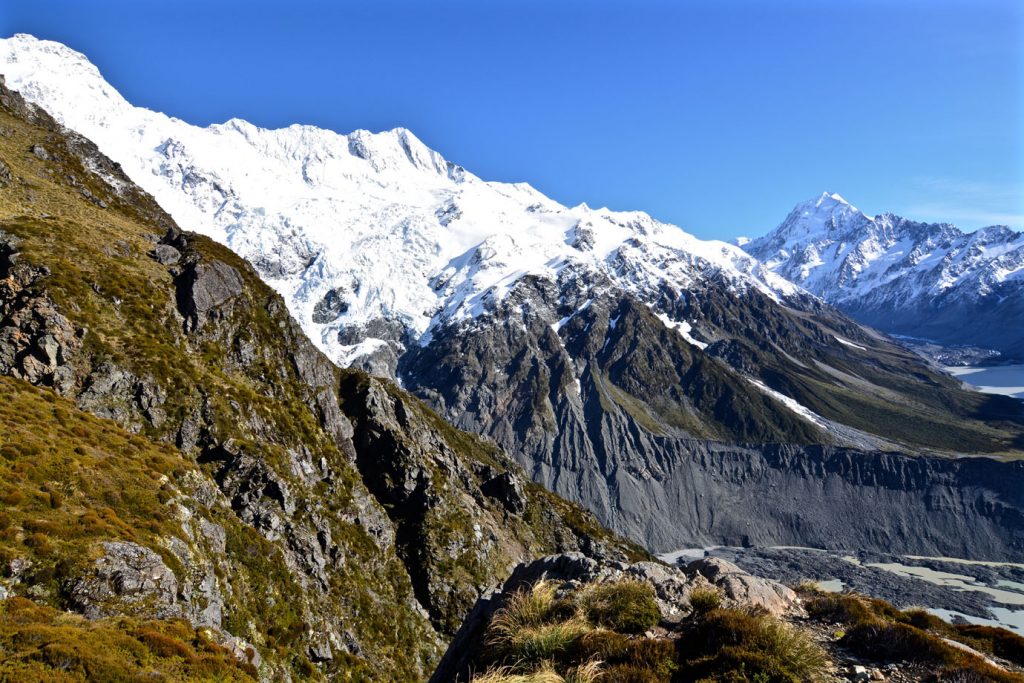 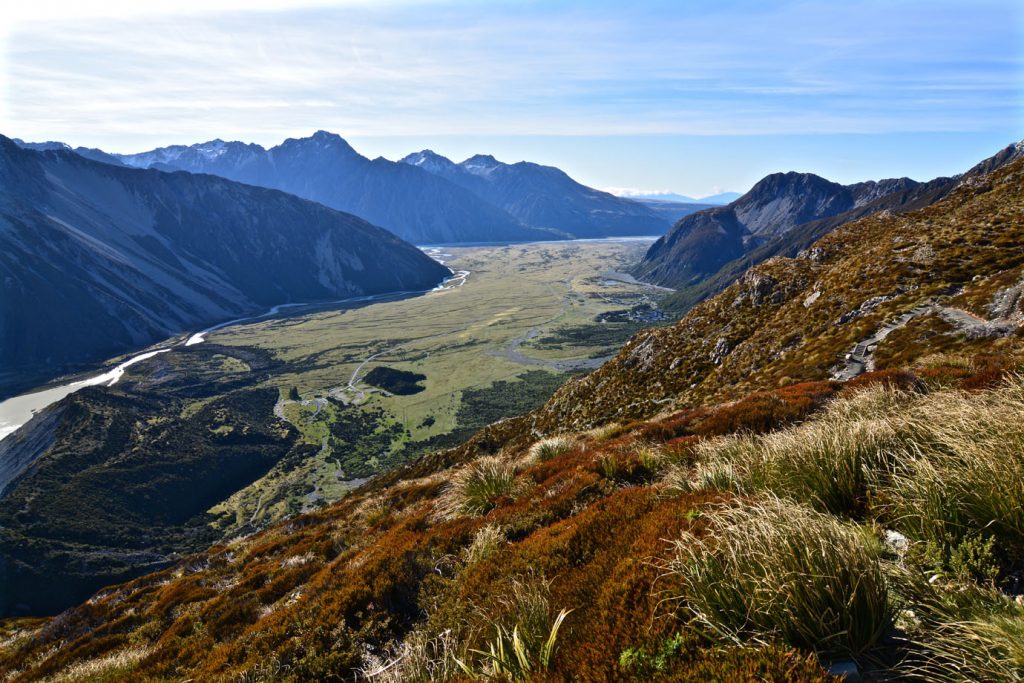 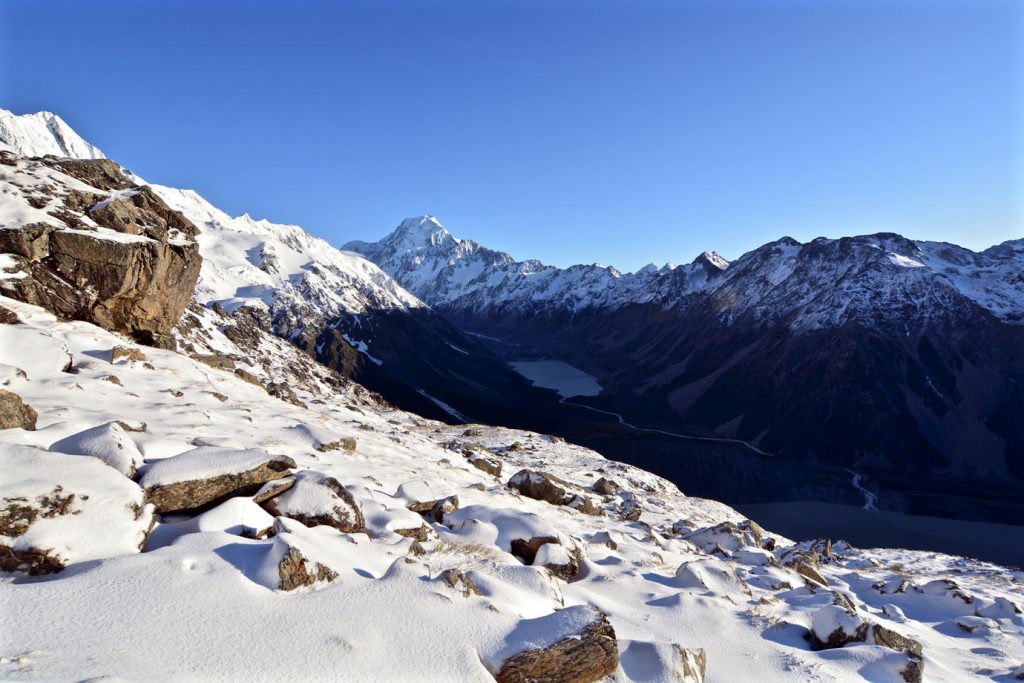 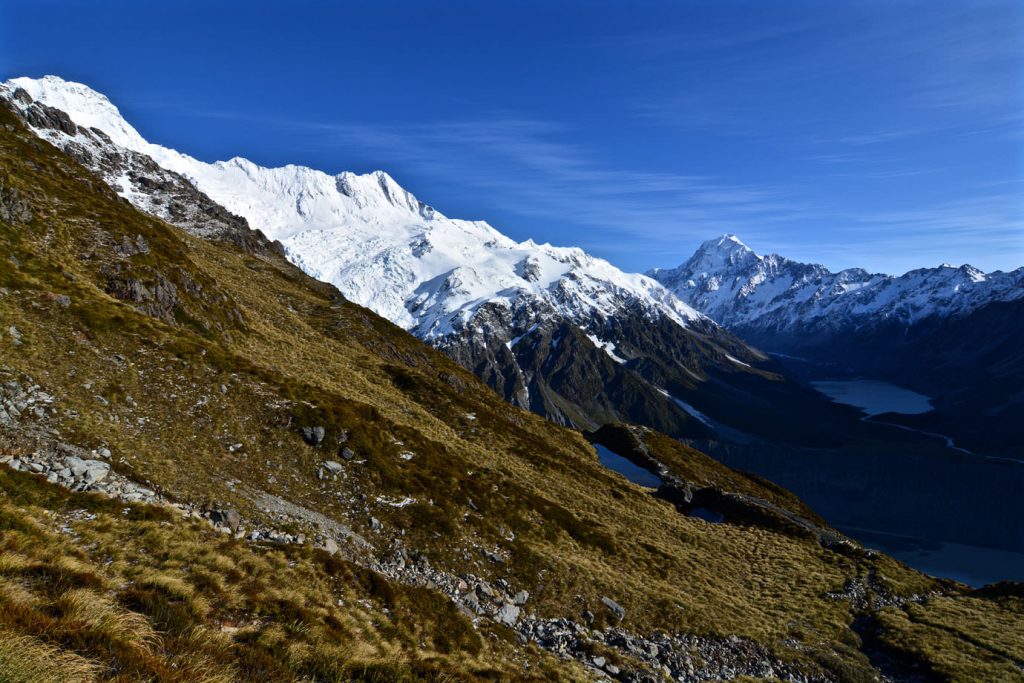