The “Olpererhütte” is a managed mountain hut in the “Zillertal” in Tyrol, Austria. The word “Hütte” in “Olpererhütte” translates to “hut”, whereas the word “Tal” in “Zillertal” translates to “valley”. Therefore the places are sometimes called “Olperer hut” and “Ziller valley” in the Englisch language. Most of the time, however, the names aren’t translated at all. Located at 2.388 metres above sea level, the hike can only be reached by foot. For example after a 1.5 hours hike from Schlegeisstausee, which translates to Schlegeis reservoir. The Olpererhütte is also part of three different high routes. The mountain hut was first built in 1881 and is, therefore, the second oldest hut in the Zillertaler Alps. The oldest hut is the Berliner hut and was built in 1879. In 2004 the Olpererhütte was bought by the “Section Neumarkt/Oberpfalz” and completely rebuilt. The nearby suspension bridge made the Olpererhütte well known among younger folks as it provides a great photo opportunity. Furthermore, a via ferrata along the dam wall can be found at the Schlegeisstausee right below the hut. 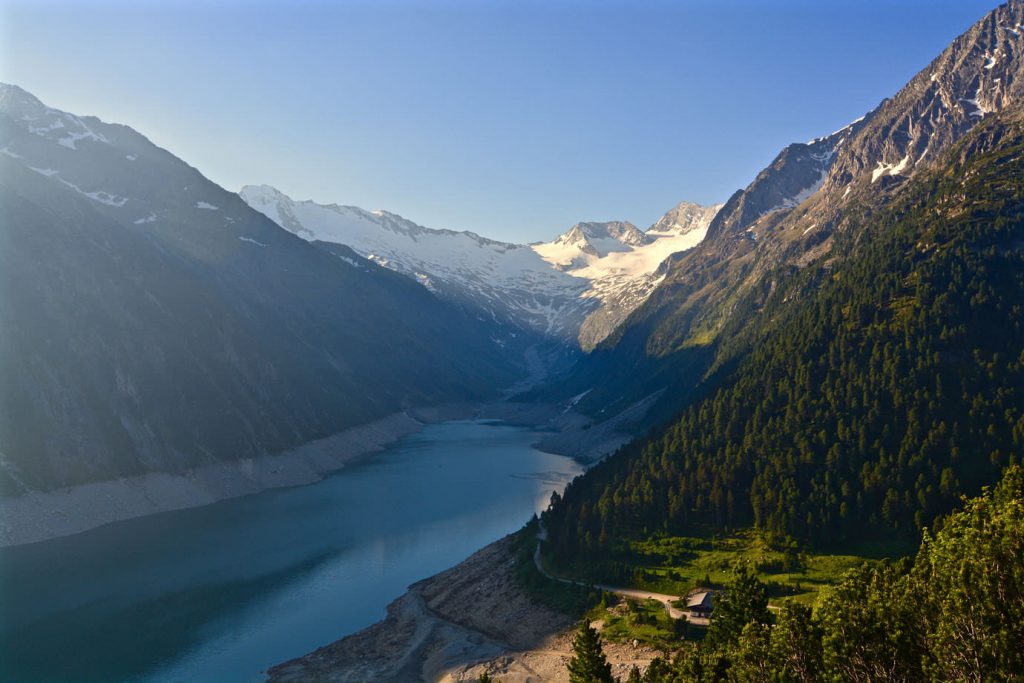 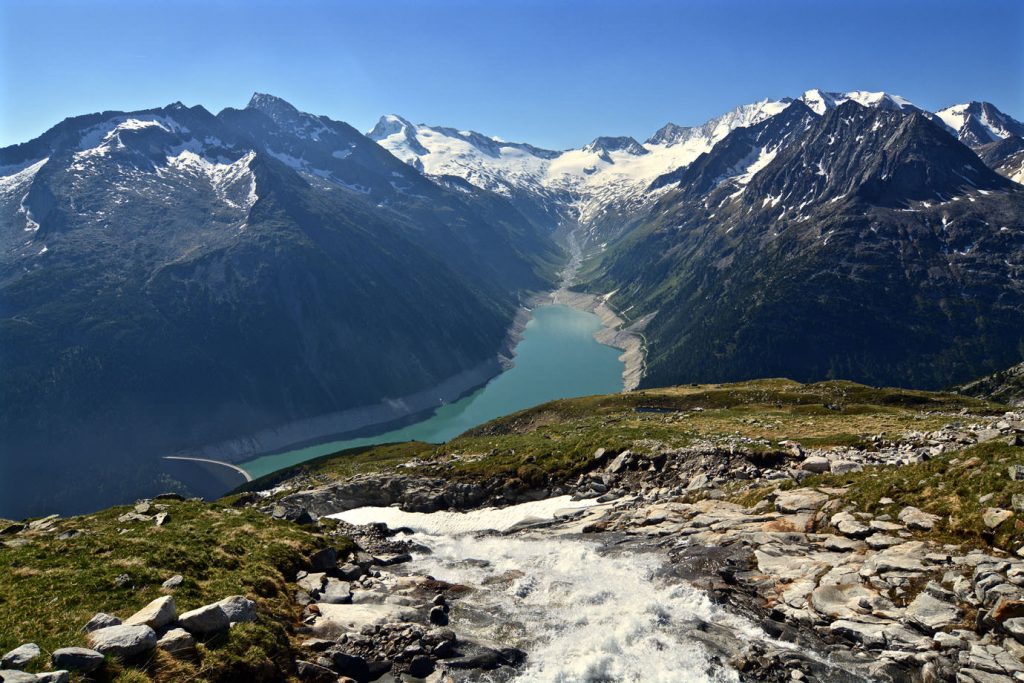 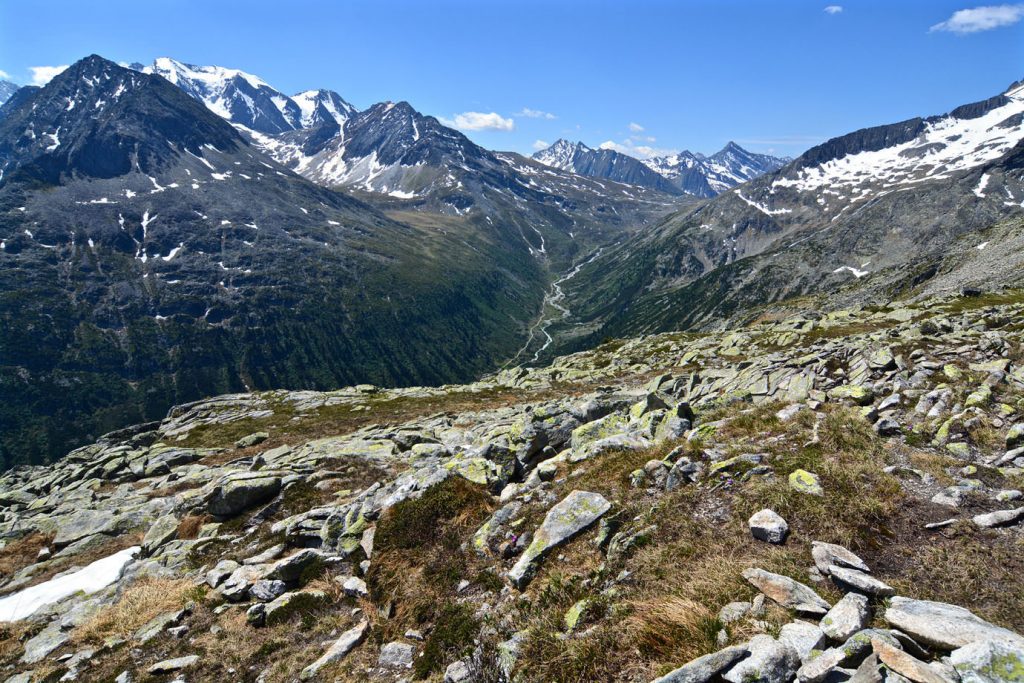 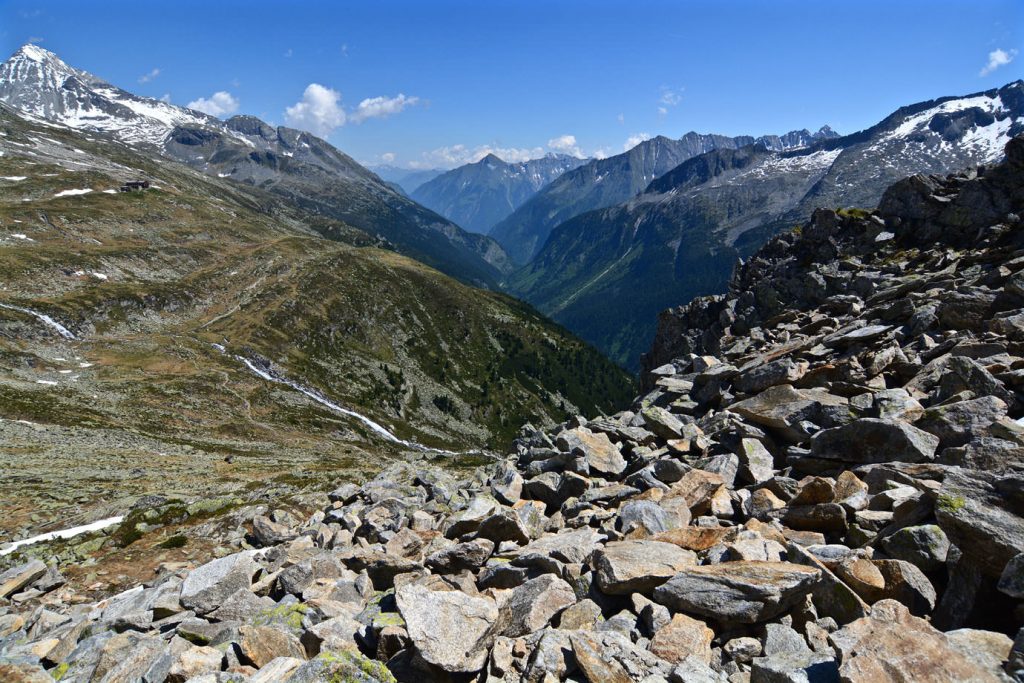 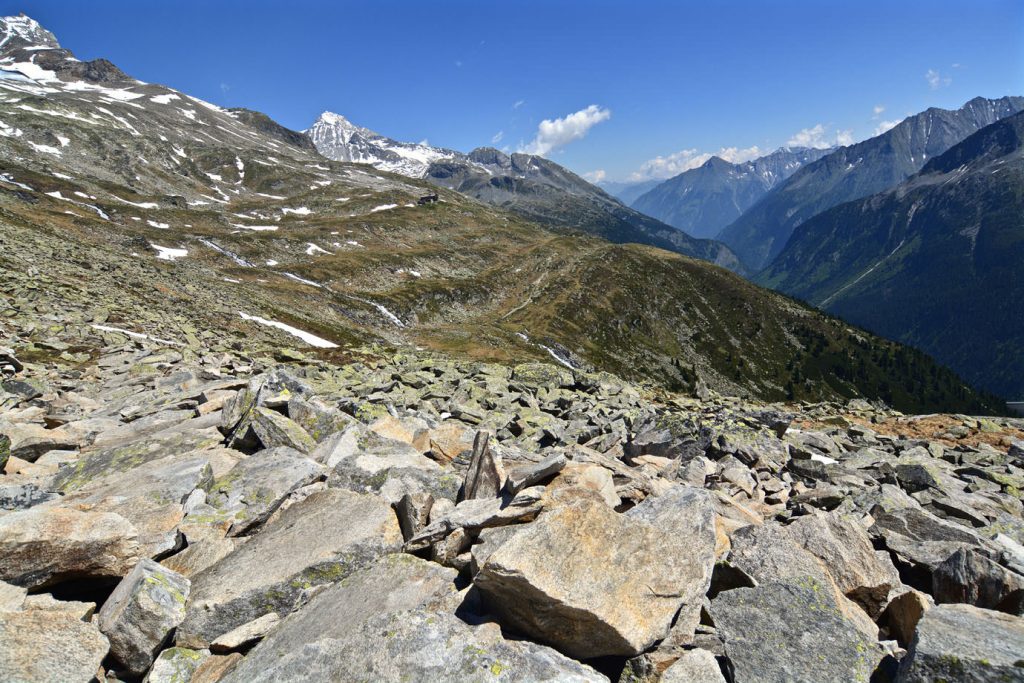 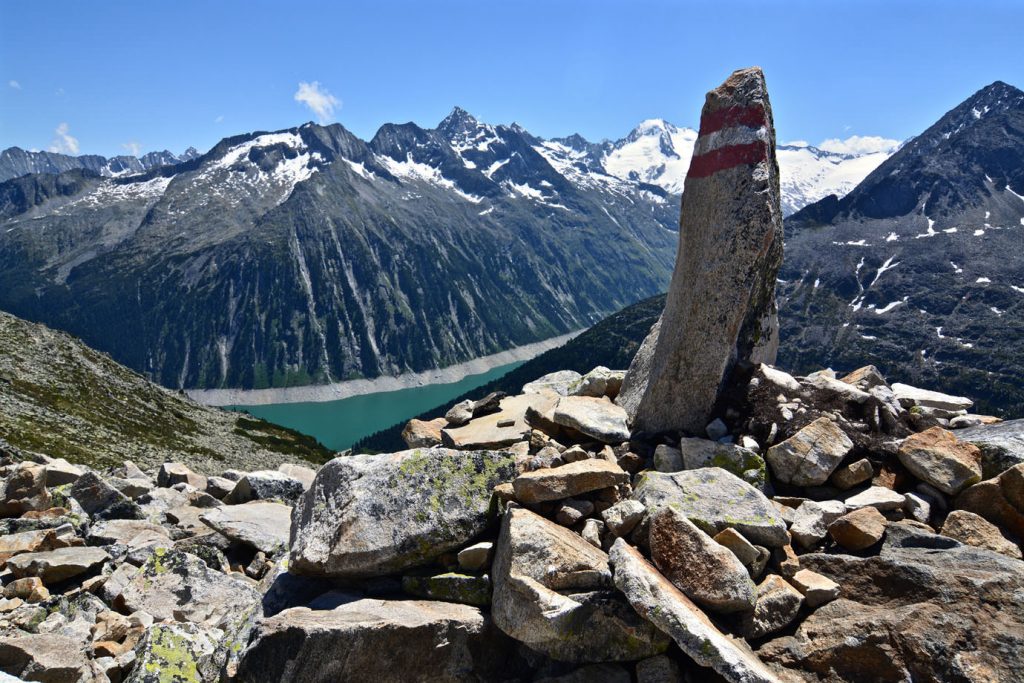 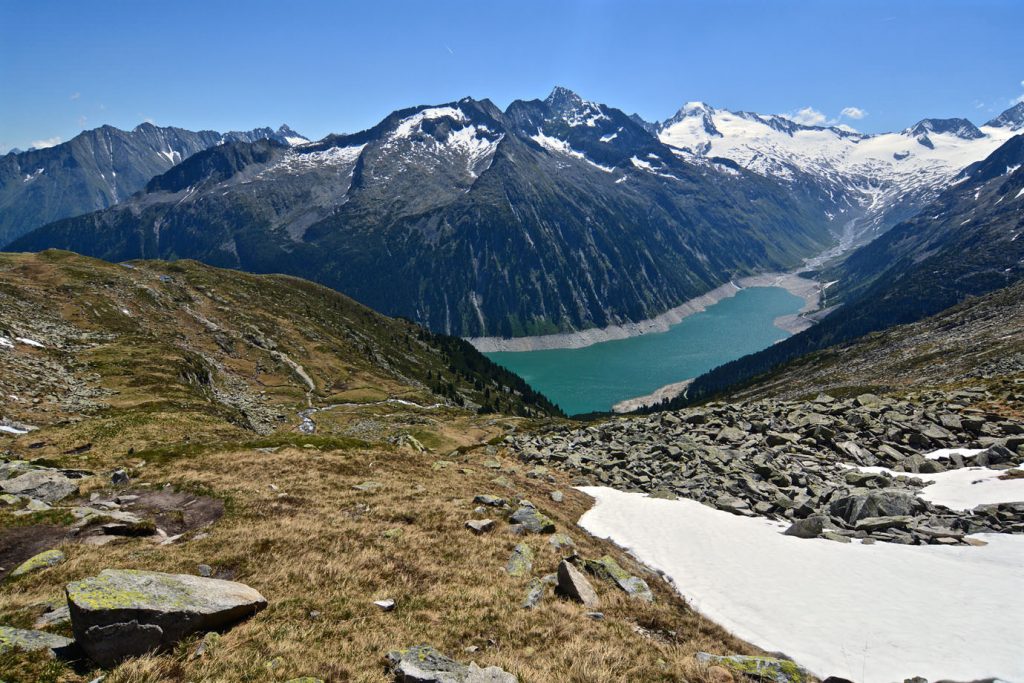 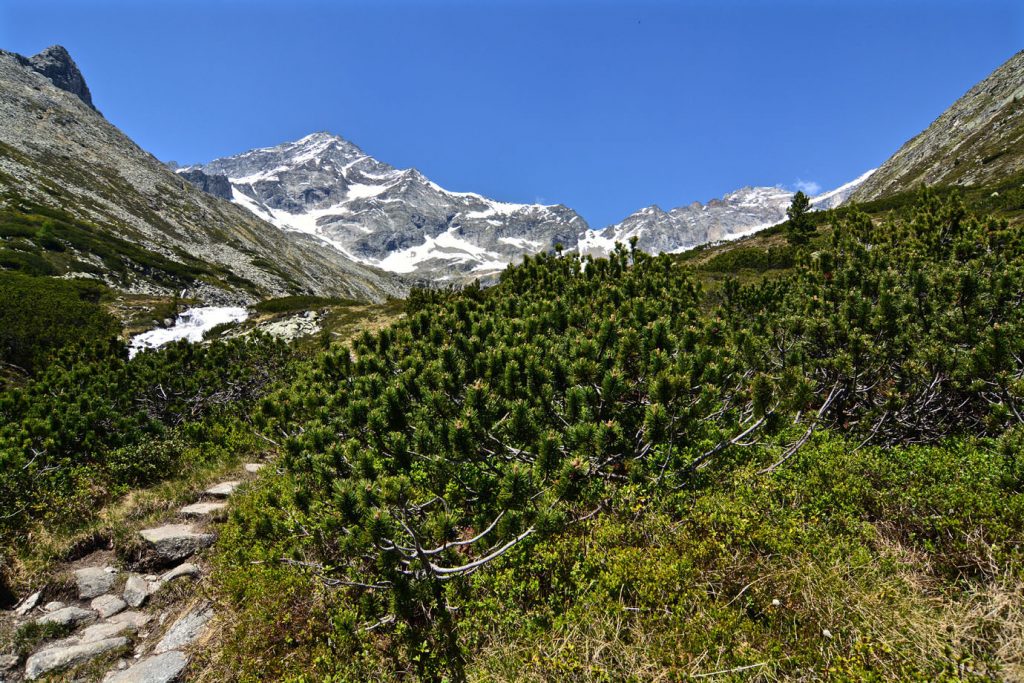 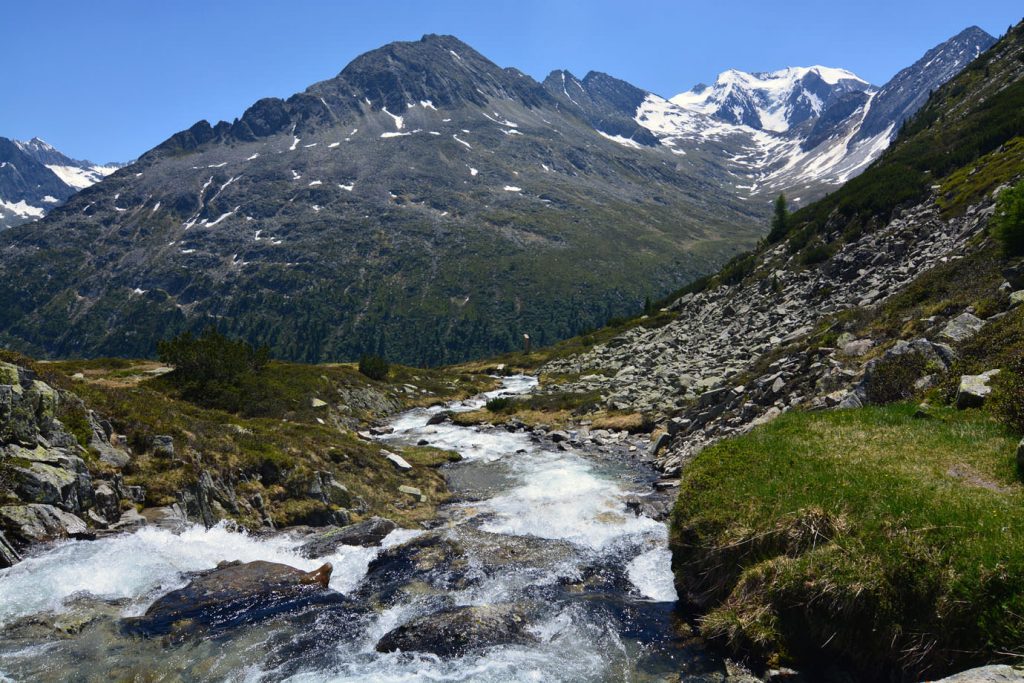