The Rhine Falls is the largest waterfall in Europe with a width of 150 metres. The height, however, is only 23 metres. The Rhine Falls are located on the High Rhine in Switzerland, which forms the border between the cantons of Schaffhausen and Zurich. Its actual formation is the result of three main geological changes over time. Already in the 11th century, the Rhine Falls were used commercially, in the first place by a small mill. Later on, different shops and factories were added. When the region was connected to the railway network in the second half of the 19th century, a boom in the Rhine Fall hotel industry began. Through the availability of tourist centres in the Swiss Mountains and the development of Neuhausen to an industrial area, this boom came to an abrupt end. Nowadays the Rhine Falls are mainly visited by day visitors – in total by over one million visitors per year. 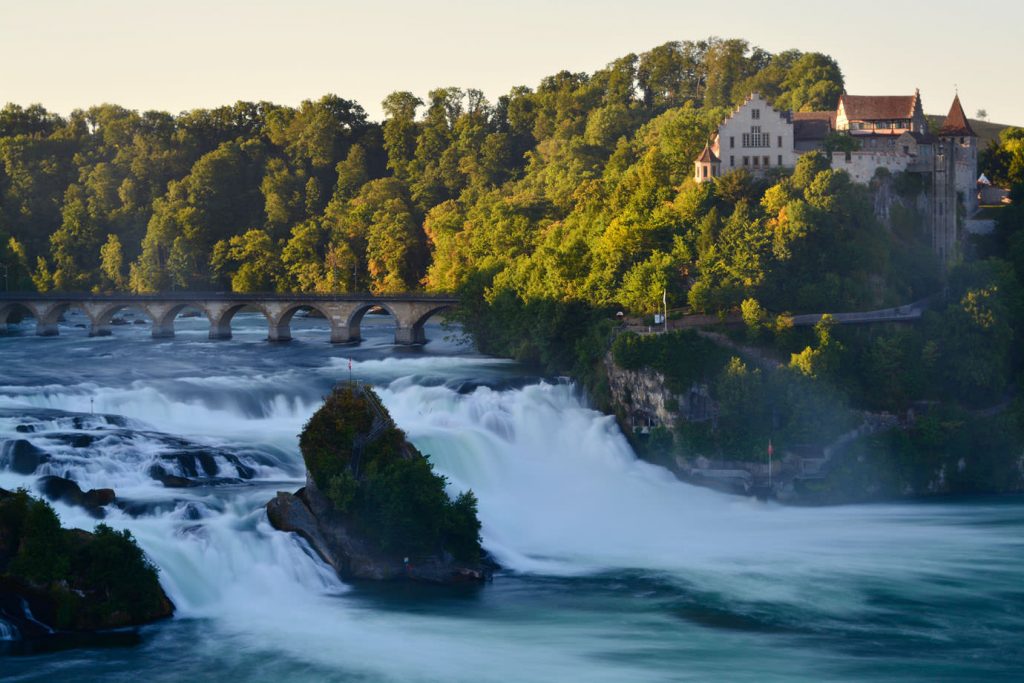 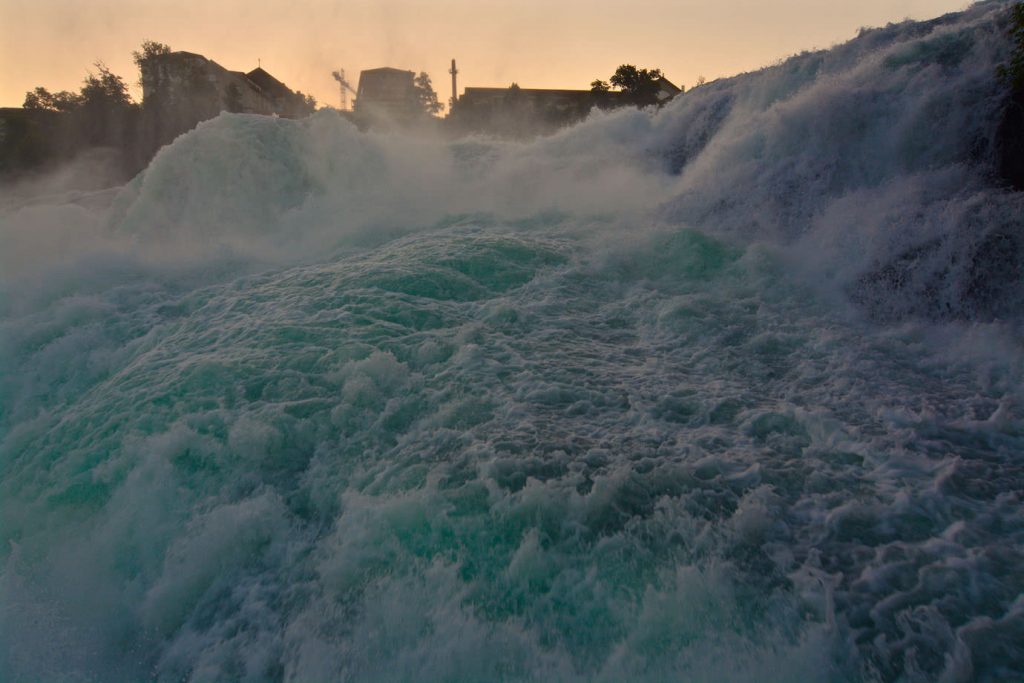 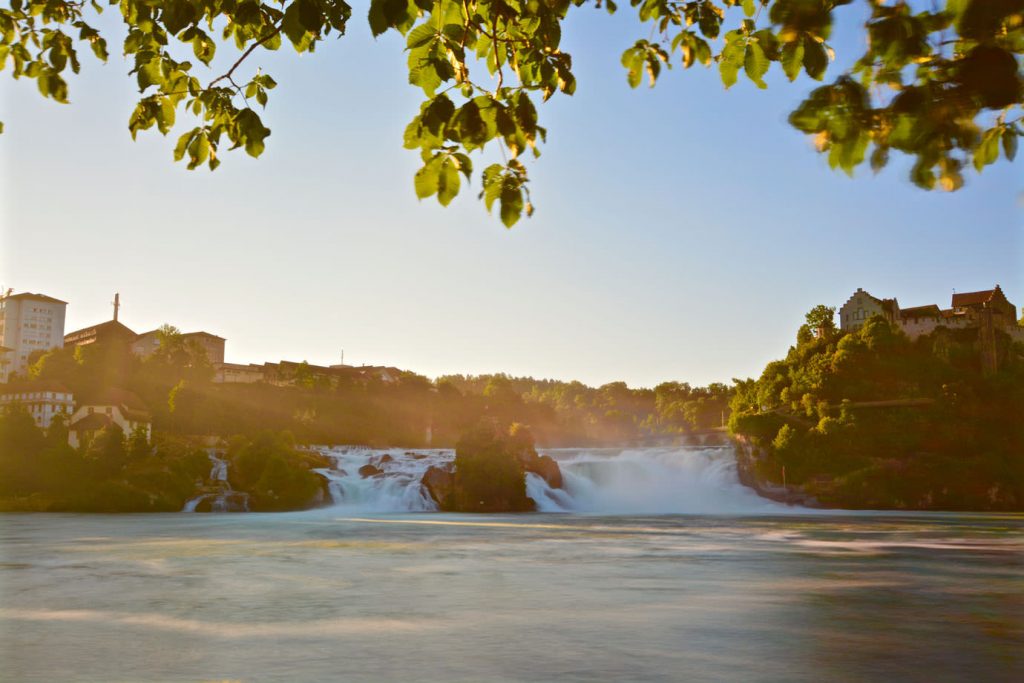 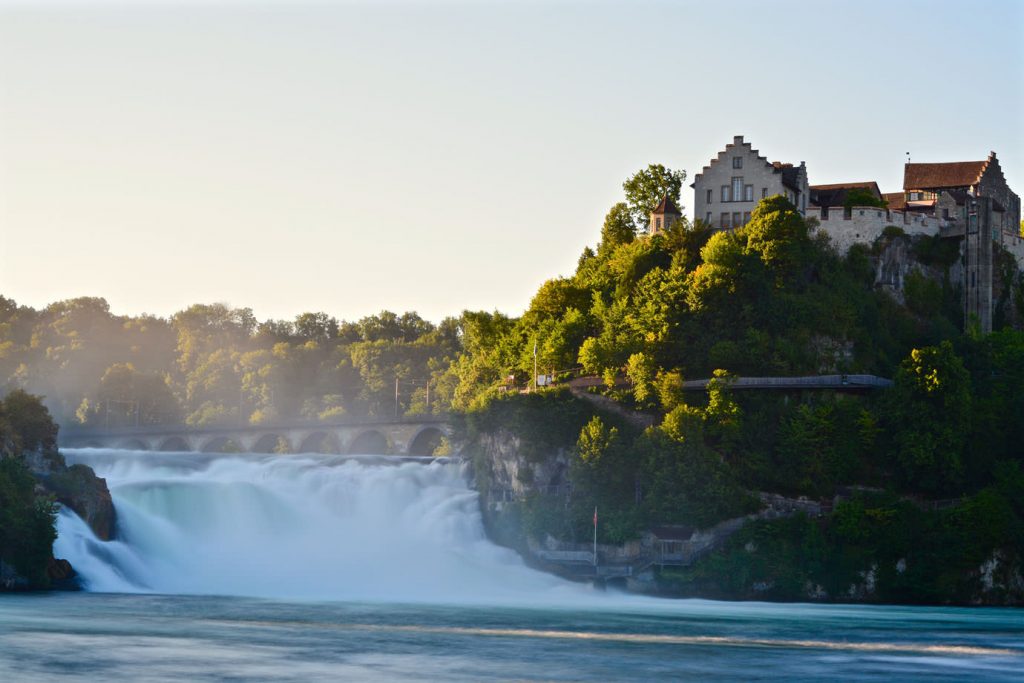 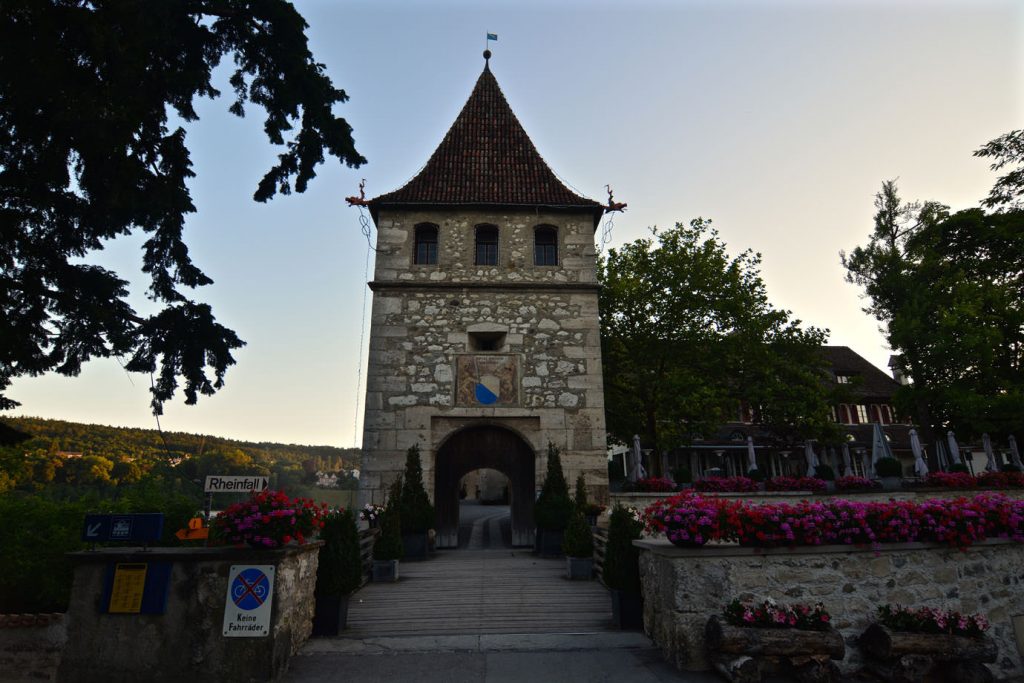 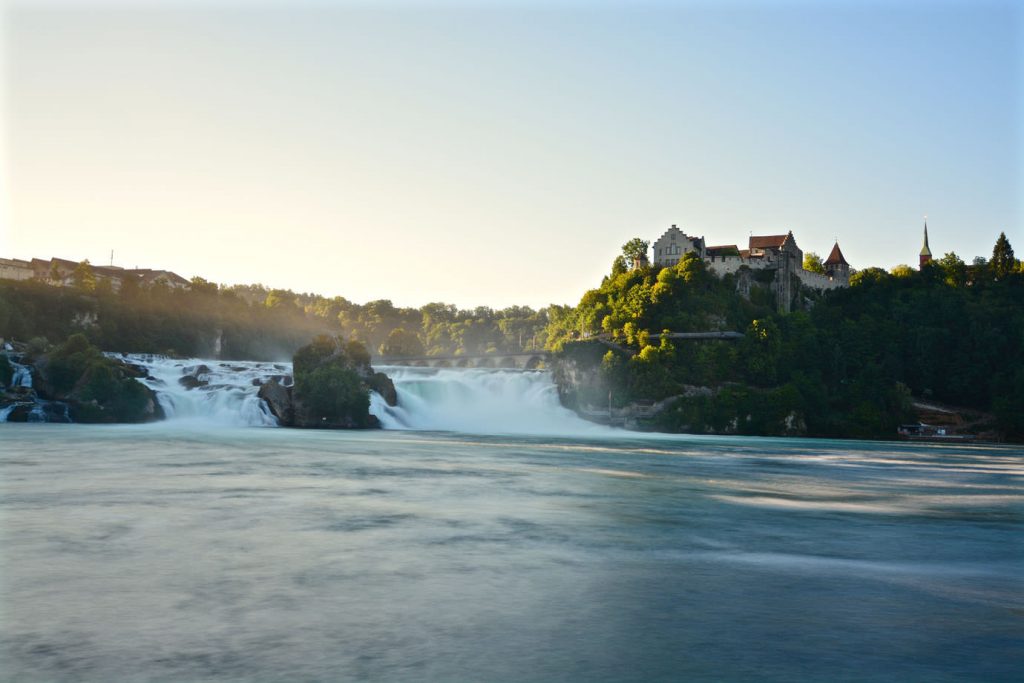