Skógafoss waterfall is situated in the south of Iceland and is part of the Skógá River. As Seljalandsfoss waterfall is not far away, the two falls have something in common: They drop from the cliffs of the former coastline. As the landmass has lifted over thousands of years and the coastline therefore receded seaward, Skógafoss is actually about 5 kilometres away from the sea. With a width of 25 metres and a drop of 60 metres Skógafoss waterfall is one of the biggest in Iceland. Its name means „forest waterfall“ – coming from a time where this part of the country was woodland.

Legend relates that Þrasi Þórólfsson, the first Viking settler in this area, buried a treasure in a cave behind the falls. The legend continues that a boy found the treasure chest years later, but failed to recover it. He was only able to grab the ring on the side of the chest before it disappeared again. The ring was later on attached to the door of the local church and is now displayed in the museum of Skógar. 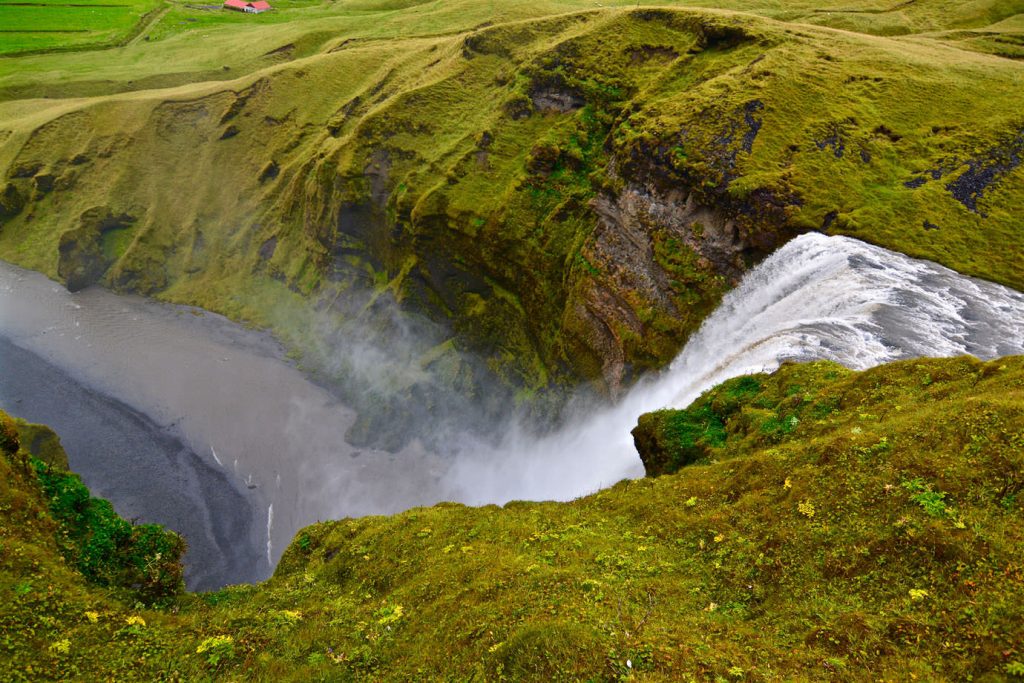 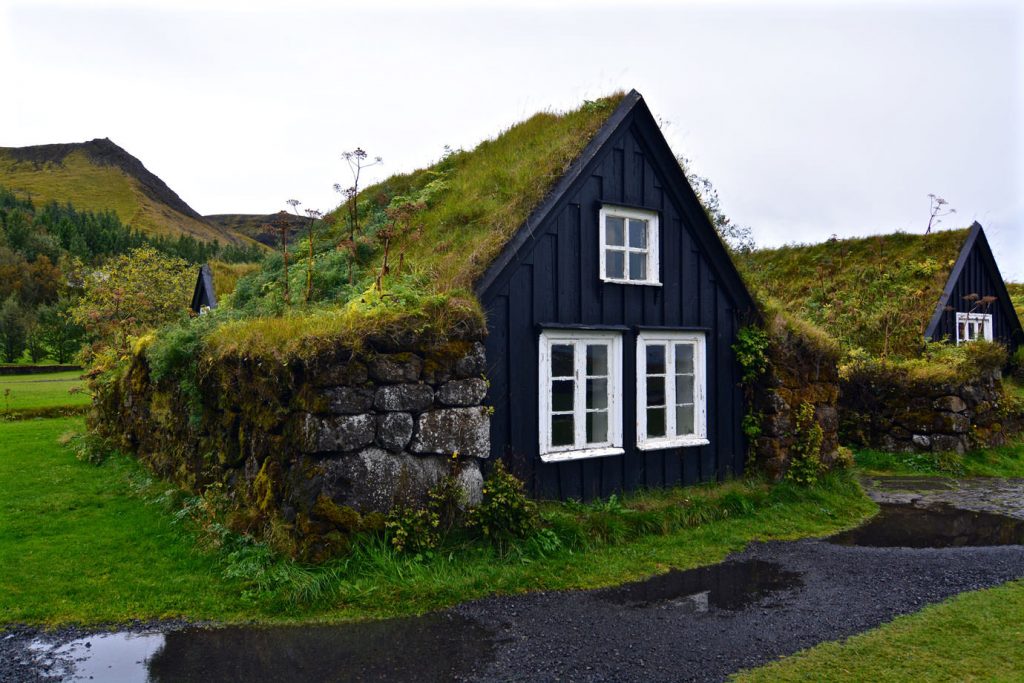 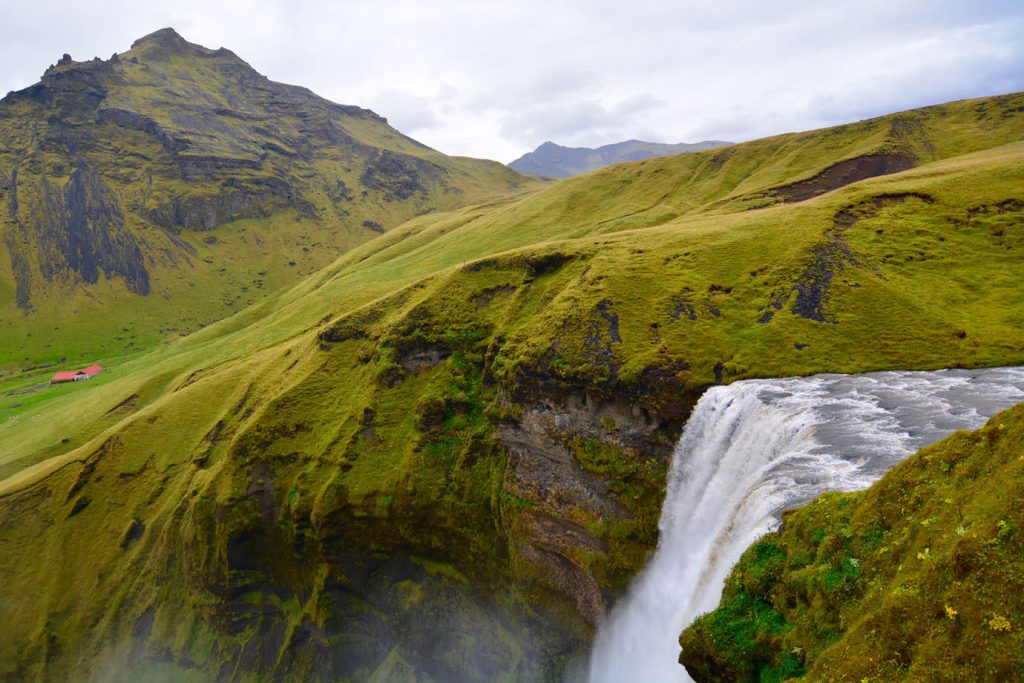 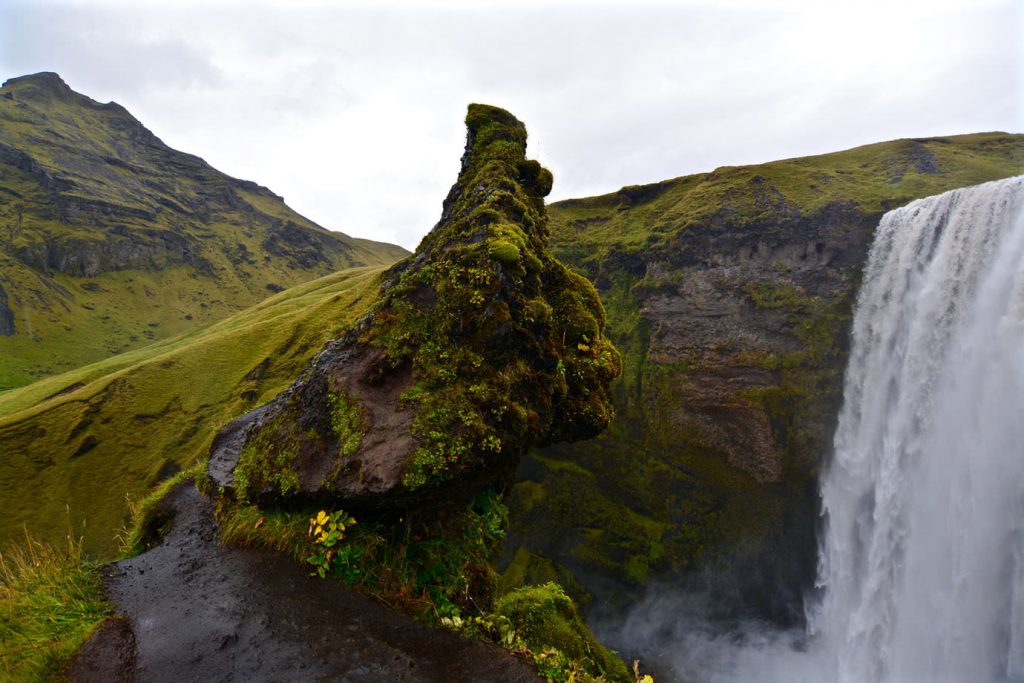 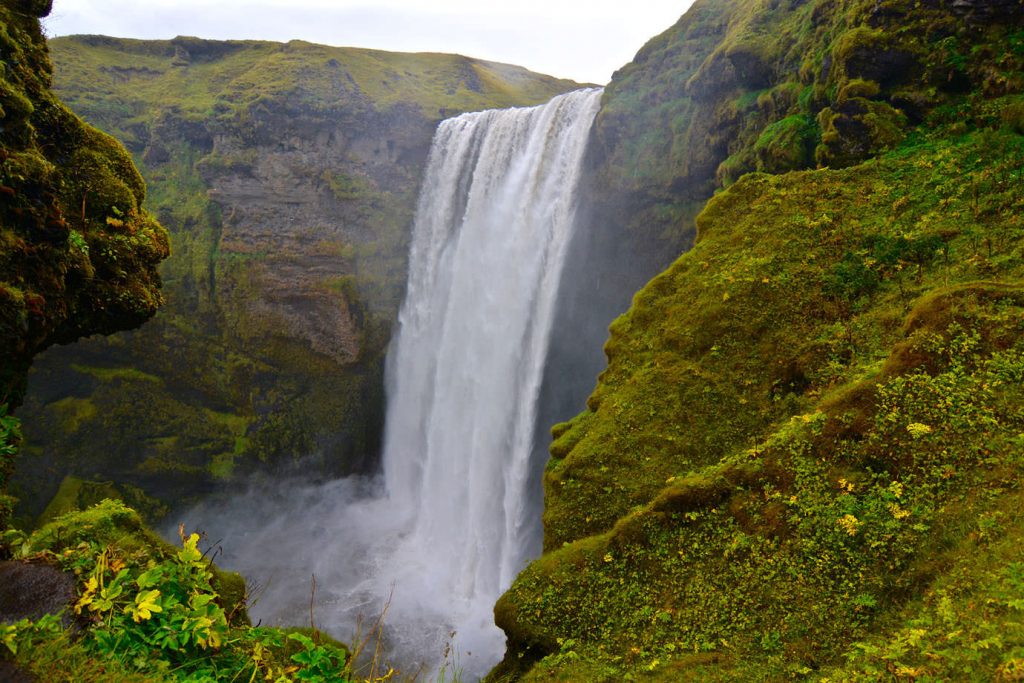 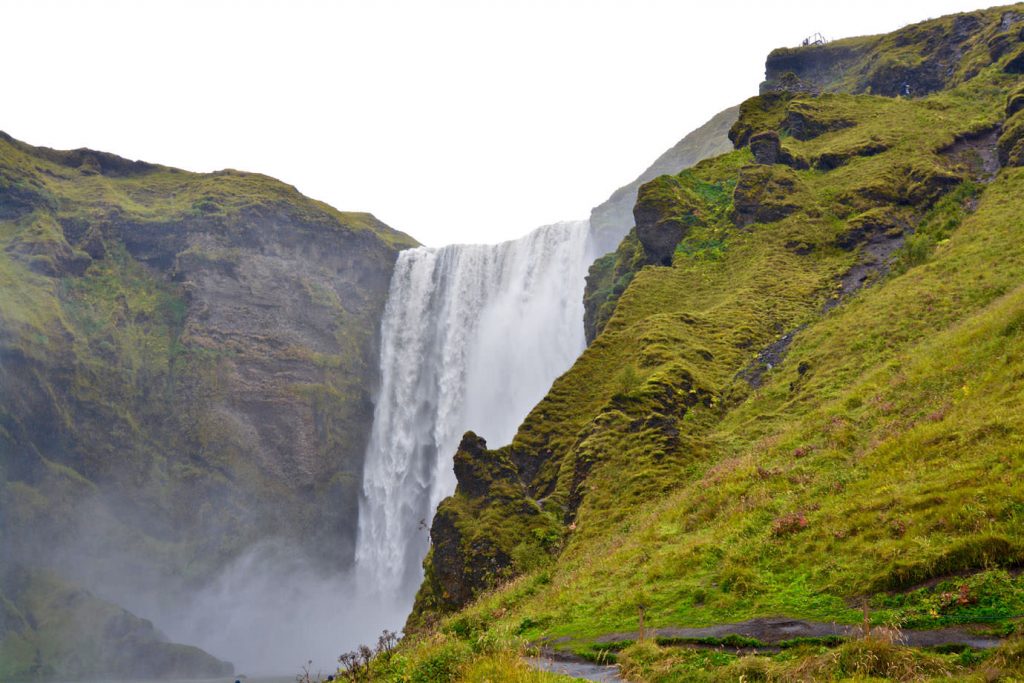