Tongariro Alpine Crossing is a tramping track in Tongariro National Park on New Zealand’s North Island. It is among the most popular day hikes in New Zealand and gained further popularity through the movie The Lord of the Rings as several scenes were shot there and the active volcano Mount Ngauruhoe, better known as Mount Doom, can be climbed as a side trip of the crossing. Another popular side trip leads to the top of the next volcano, the 1978 metres high Mount Tongariro. Without side trips the full distance of the crossing is 19,4 kilometres. The track begins near Mangatepopo Hut in the Mangatepopo Valley. After gaining most of the elevation and passing the steaming moonscape of South Crater the rim of the active Red Crater forms the highest point on the regular Tongariro Alpine Crossing route. After descending from there, Emerald Lakes are another highlight of the Tongariro Alpine Crossing. Emerald Lakes are three water-filled explosion craters. They got their name form their brilliant emerald green colour, which is because minerals leaching from the adjacent thermal area. Before descending again the Tongariro Alpine Crossing leads to the last highlight of the hike: Blue Lake. Formed in an old volcanic lava vent, Blue Lake is a 16 metres deep freshwater lake. Similar to Emerald Lakes dissolved minerals gave the lake its distinctive colour. Initially the crossing was named Tongariro Crossing, but to reflect the challenges of this hike better its name was changed in 2007 to Tongariro Alpine Crossing. 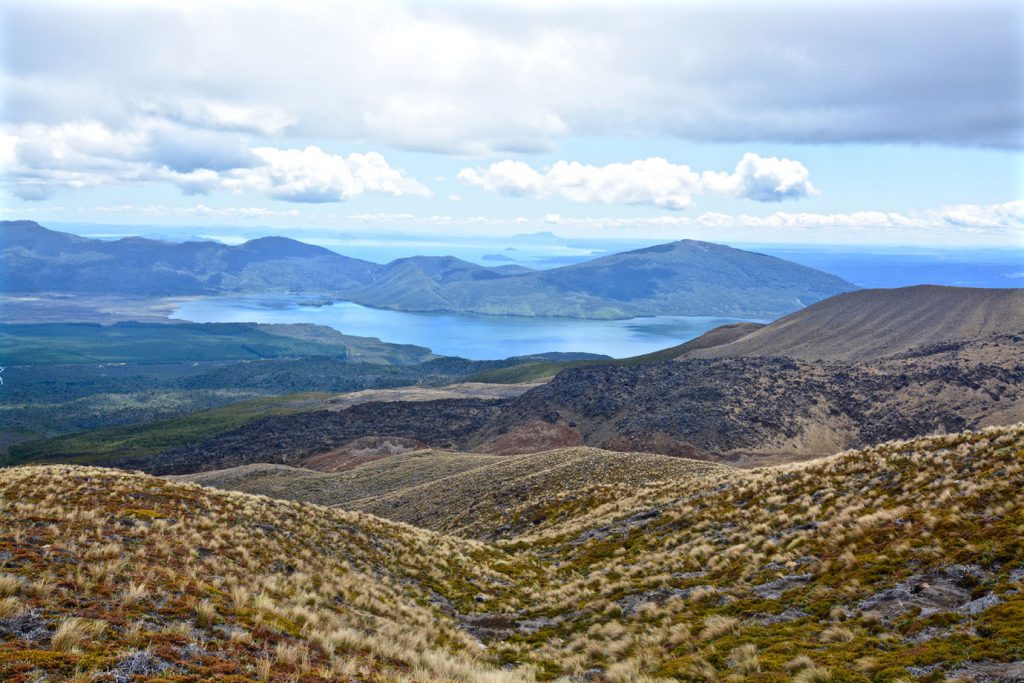 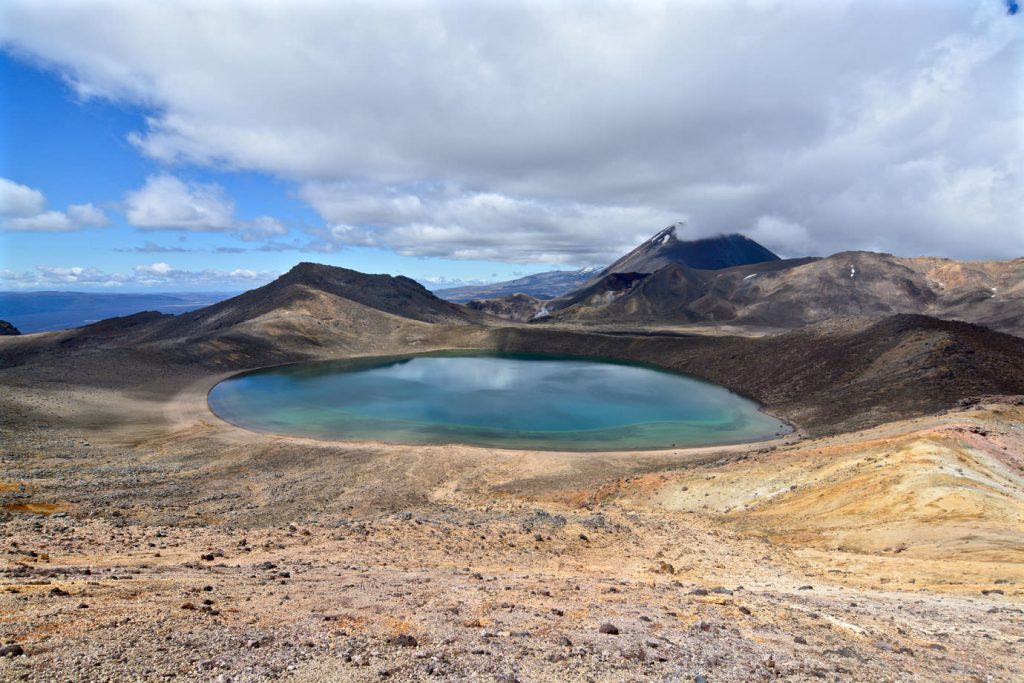 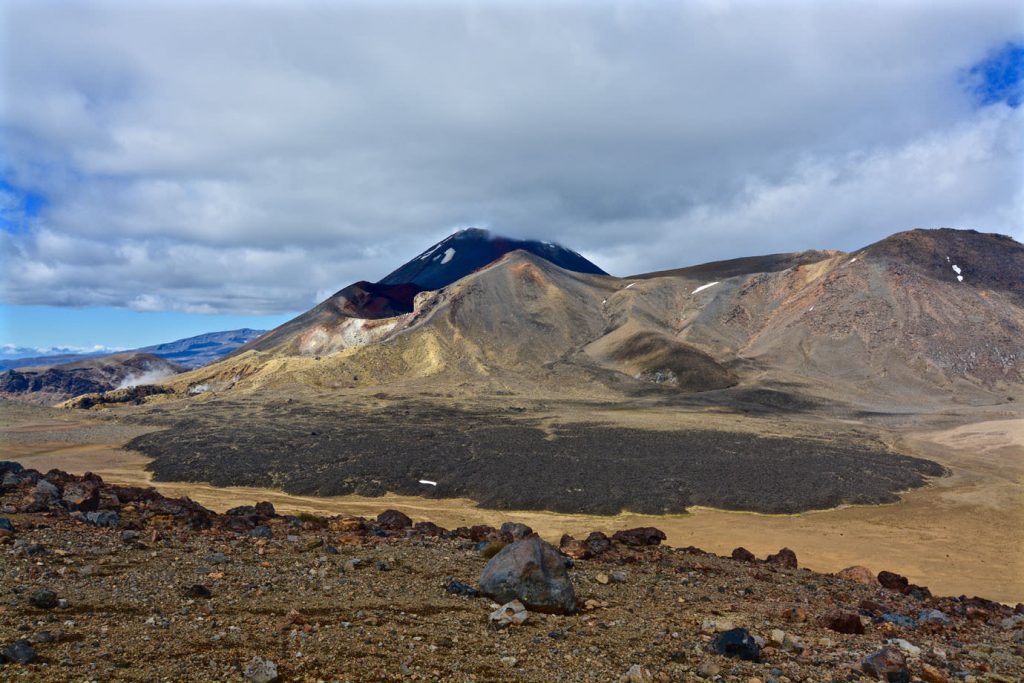 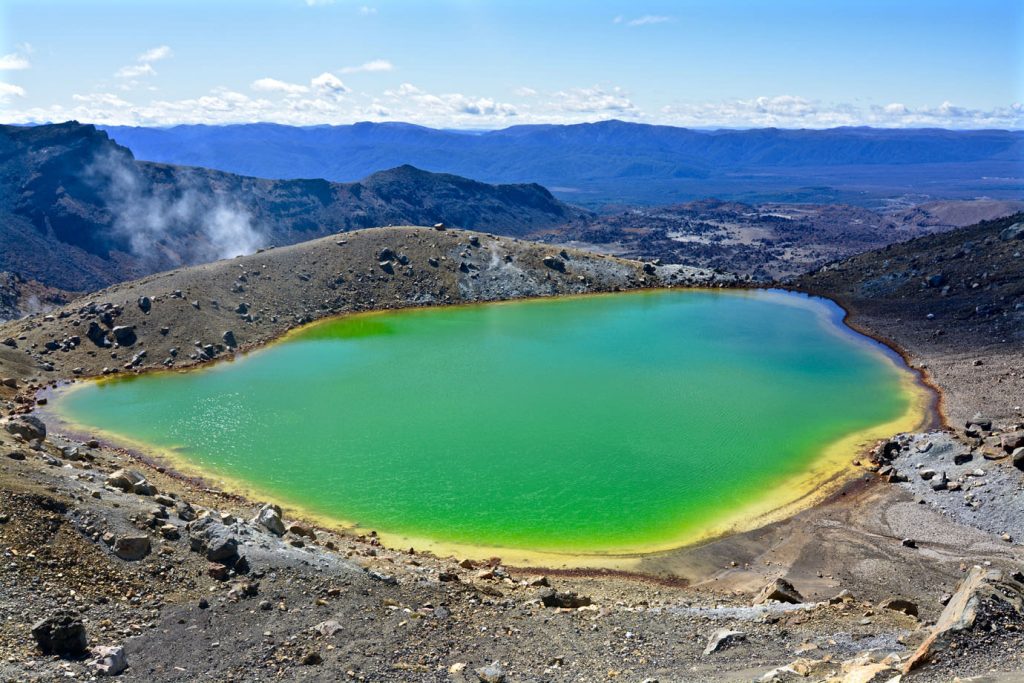 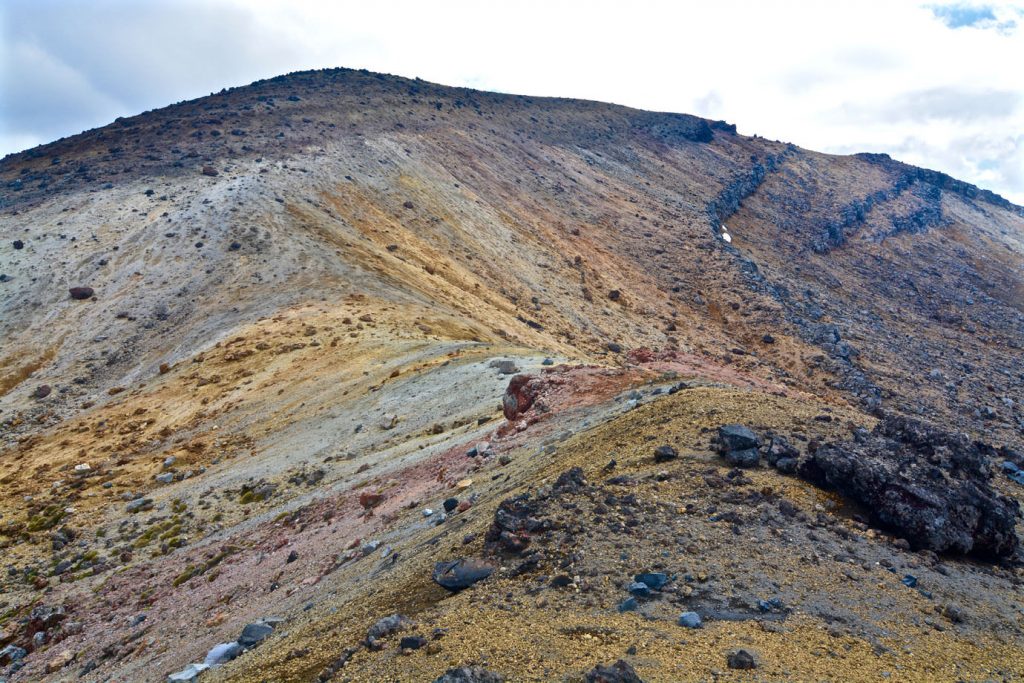 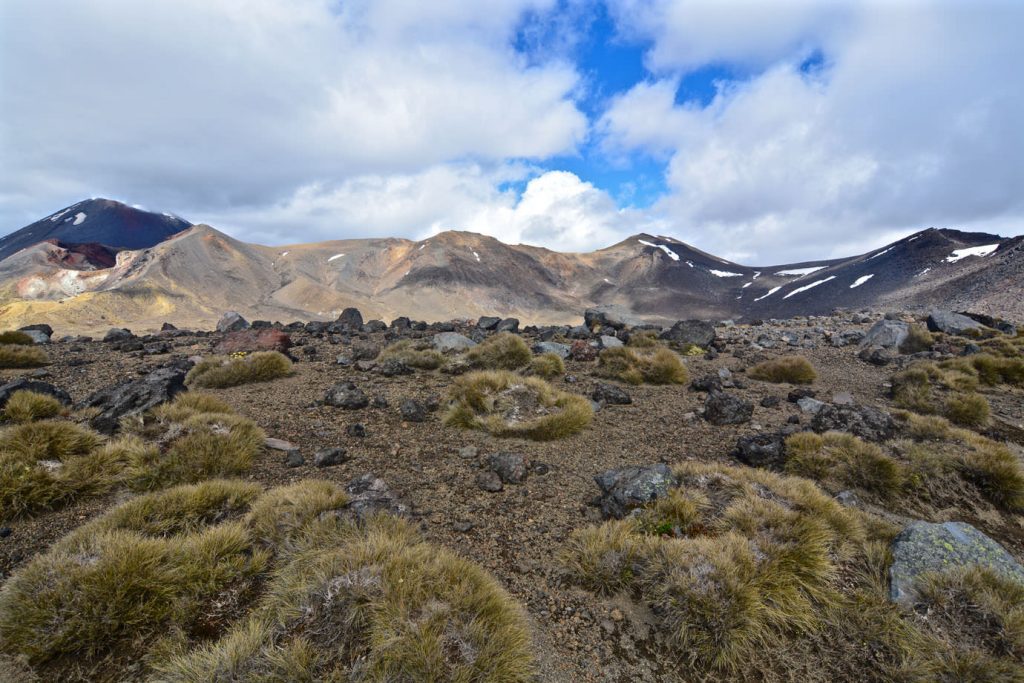 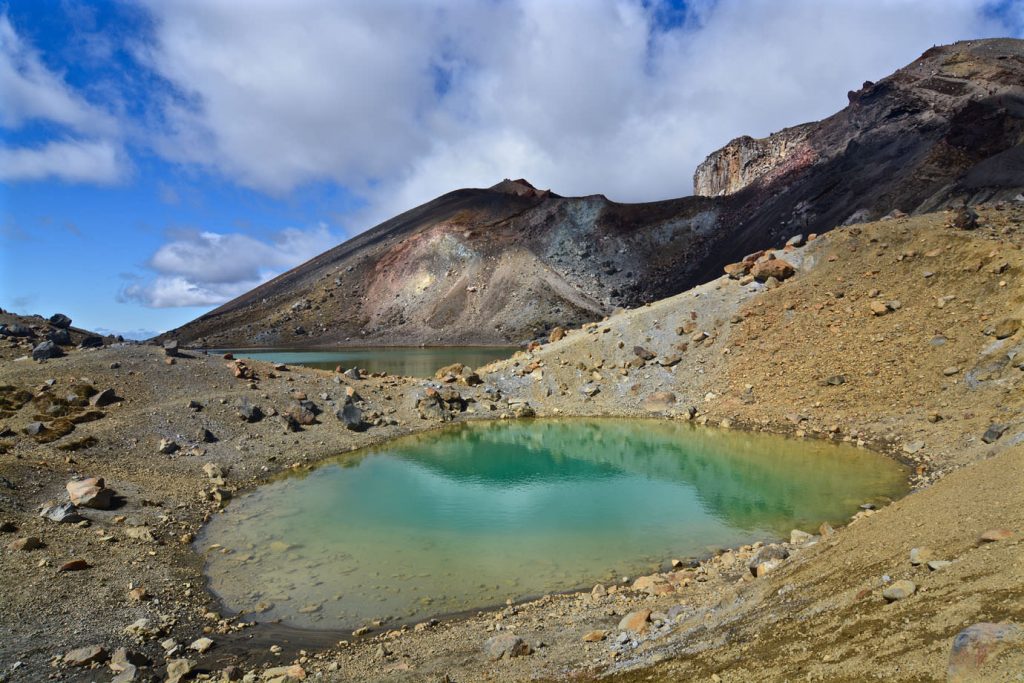 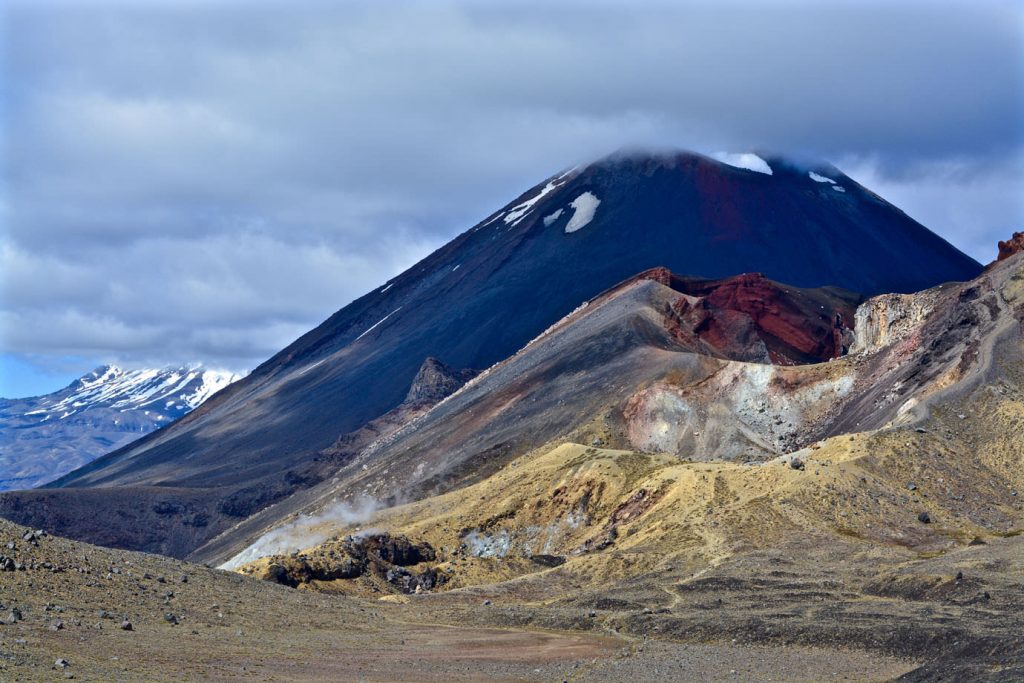 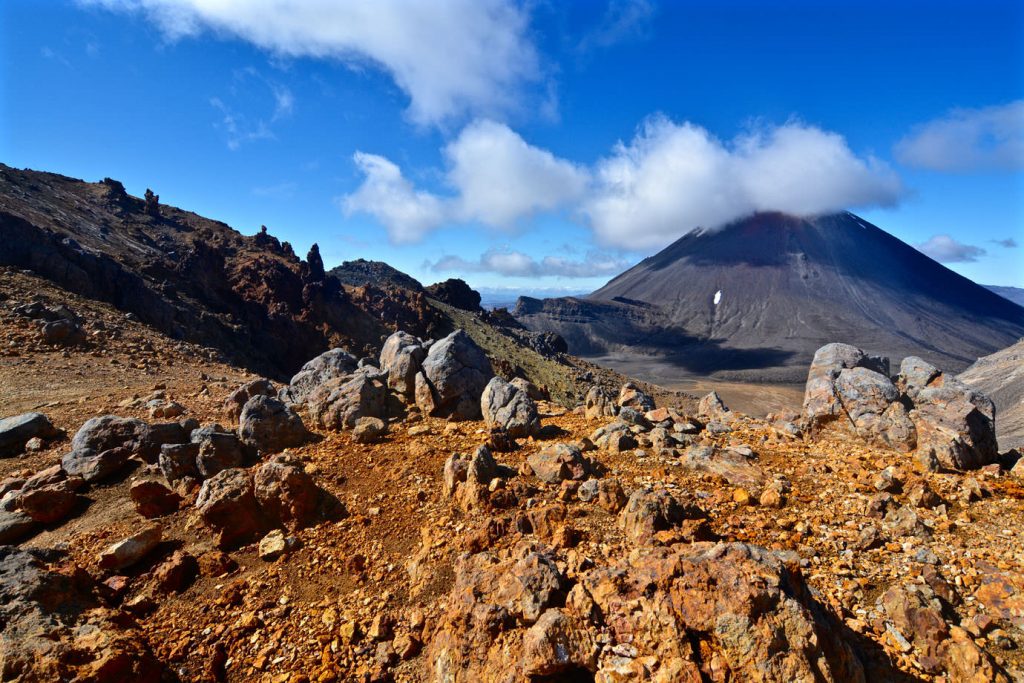 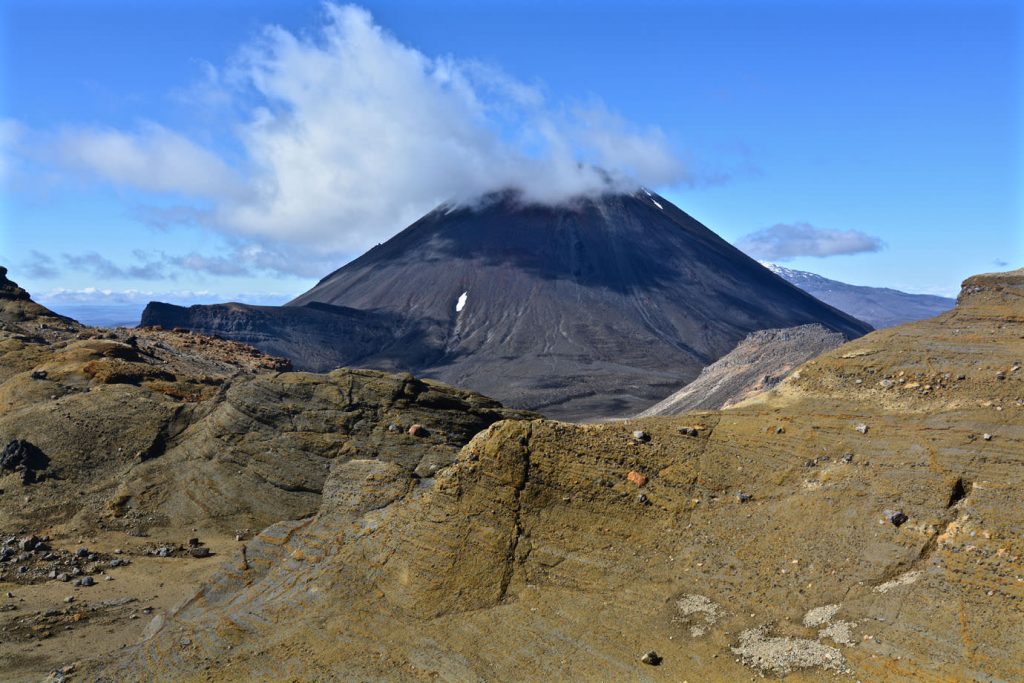 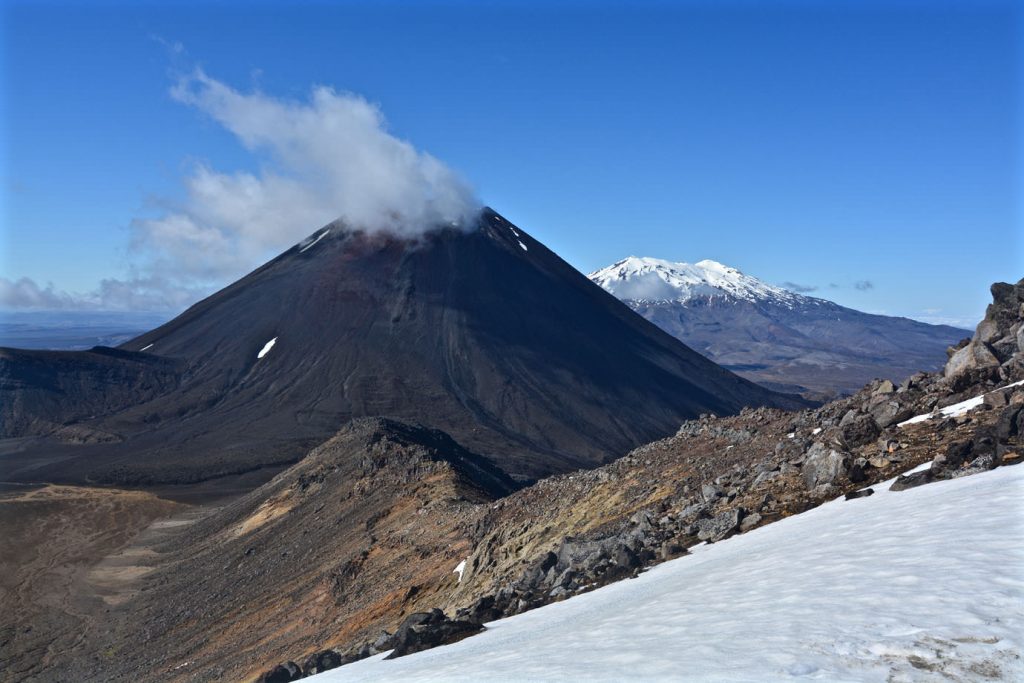 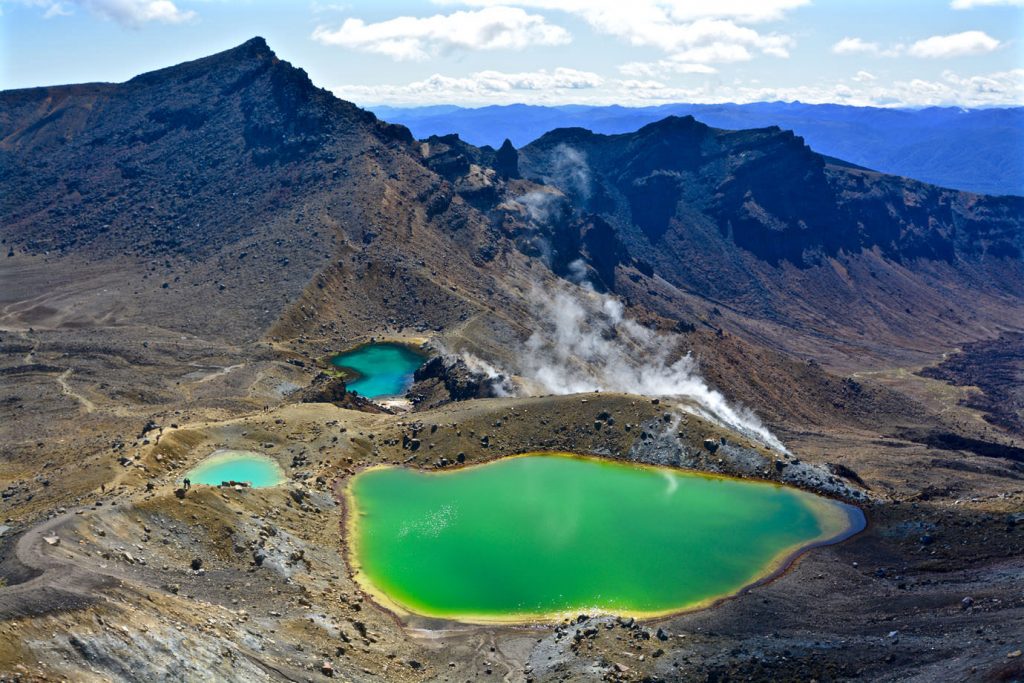 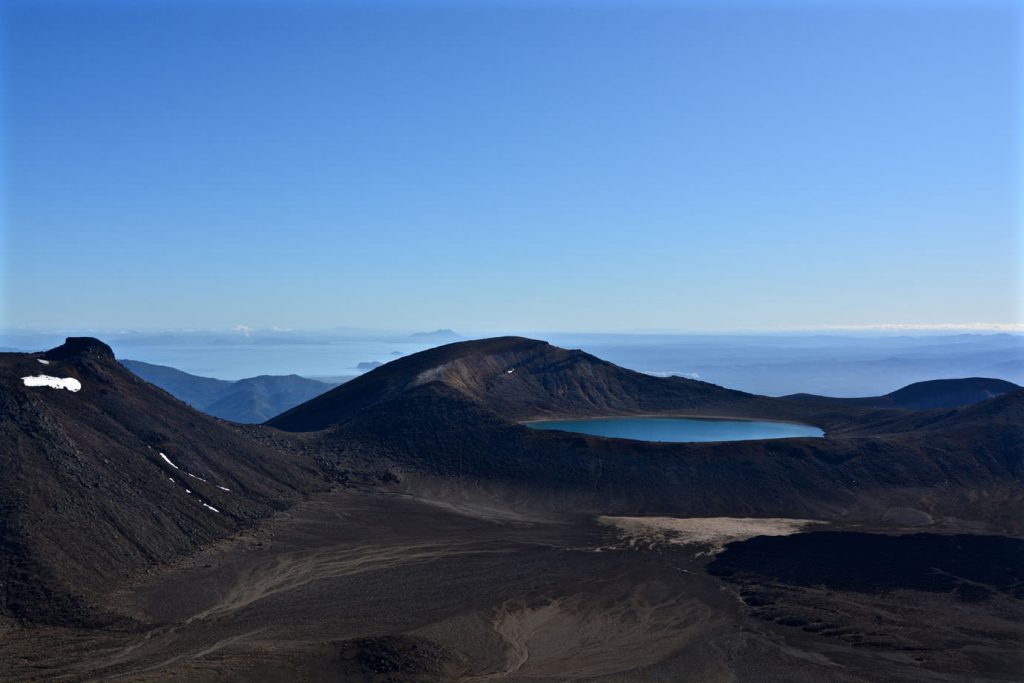 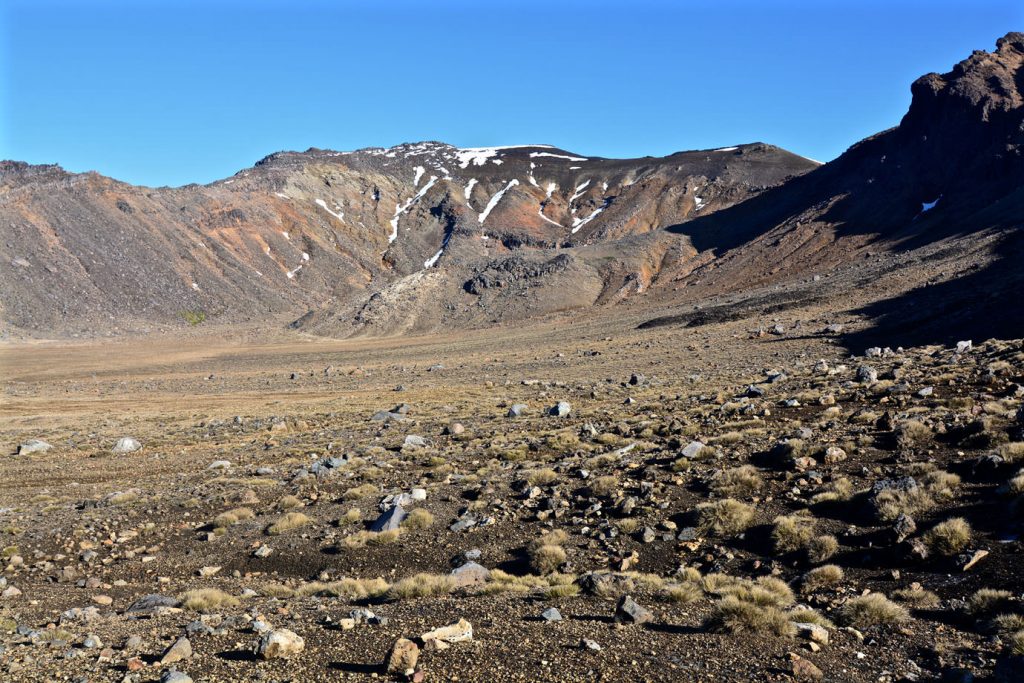 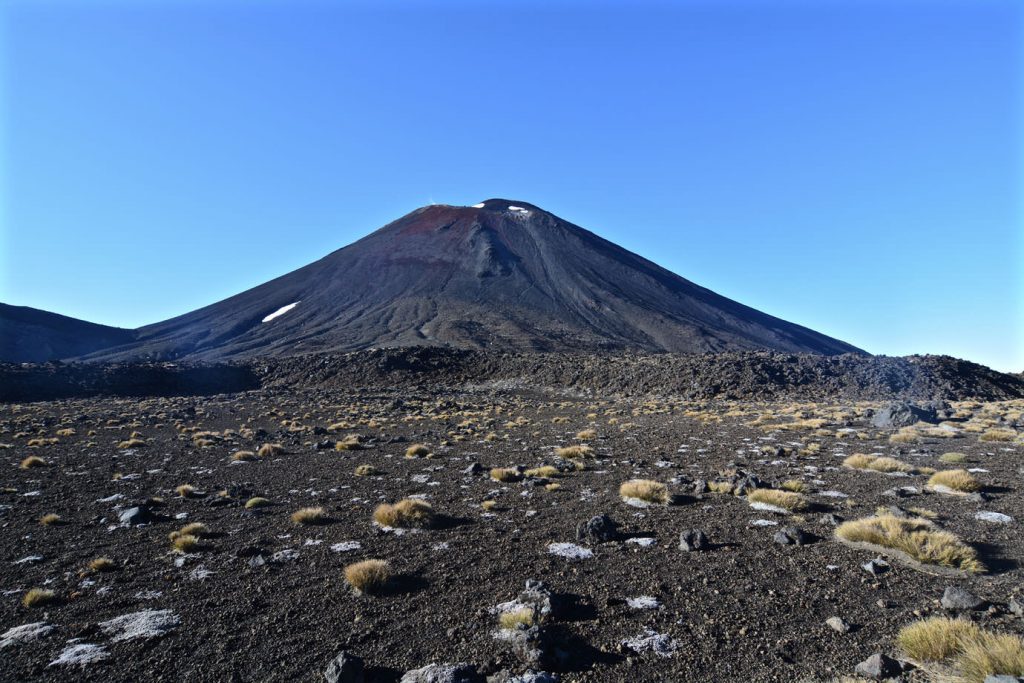 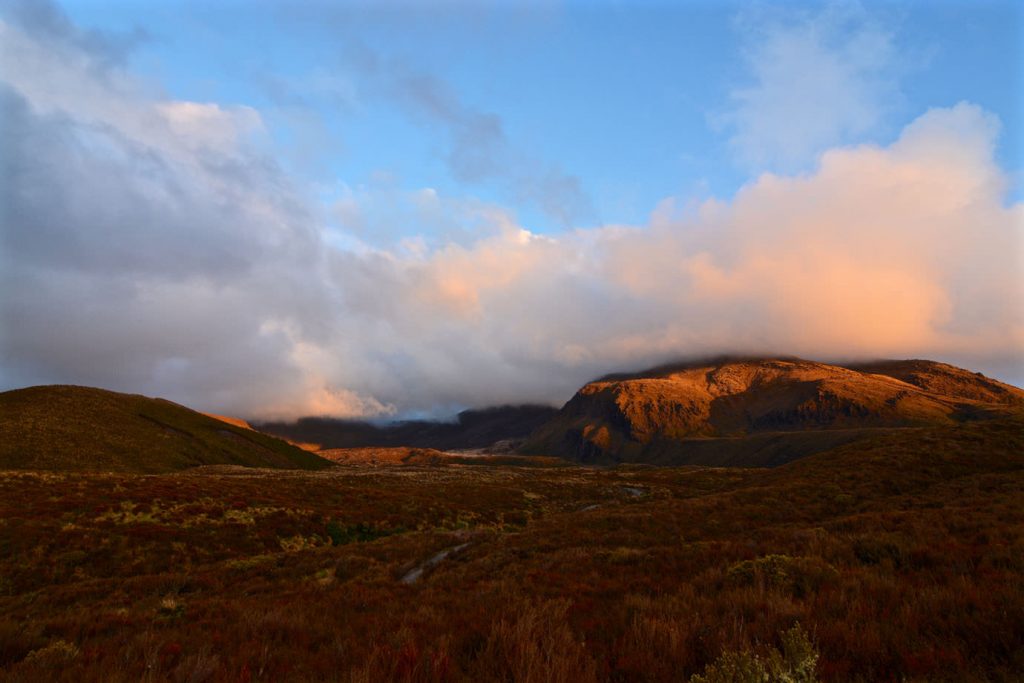