“Tre Cime di Lavaredo” is Italian for “Three peaks of Lavaredo” and is the name of three distinctive battlement-like peaks in the Sexten Dolomites in South Tyrol, Italy. They are also known by their German name “Drei Zinnen”, which means “three merlons”.

The three peaks from east to west are called in Italian “Cima Piccola”, “Cima Grande”, “Cima Ovest” and in German “Kleine Zinne”, “Große Zinne”, “Westliche Zinne”, which translates to “little peak”, “big peak” and “western peak”. When Italy declared war to Austria on May 23rd, 1915, the peaks formed the border between Italy and Austria. Due to the hostilities, there are a number of fortifications, trenches, and tunnels around the Tre Cime di Lavaredo, even a spotlight was installed at the peak of the “Große Zinne” during this time. As result of the Treaty of Saint-Germain-en-Laye, that was signed on 10 September 1919 by victorious allies of World War I, South Tyrol was transferred to Italy. Since then the peaks lie on the border of the Italian provinces South Tyrol and Belluno and are thus still a part of the linguistic boundary between German-speaking and Italian-speaking majorities.

The first ascent of the Cima Grande was on August 21, 1869, by Paul Grohmann, a Viennese mountaineer, who was supported by the local guides Franz Innerkofler and Peter Salcher. The Cima Ovest was first climbed exactly ten years later, on August 21, 1879, by Michael Innerkofler, cousin of Franz Innerkofler, together with Georg Ploner.  The Cima Piccola was first climbed on July 25, 1881, by Michael Innerkofler and his brother Hans. The routes of these three first ascents are still the normal ascent routes; the Cima Piccola’s route is the most difficult of the three and was the most difficult ascent until then. 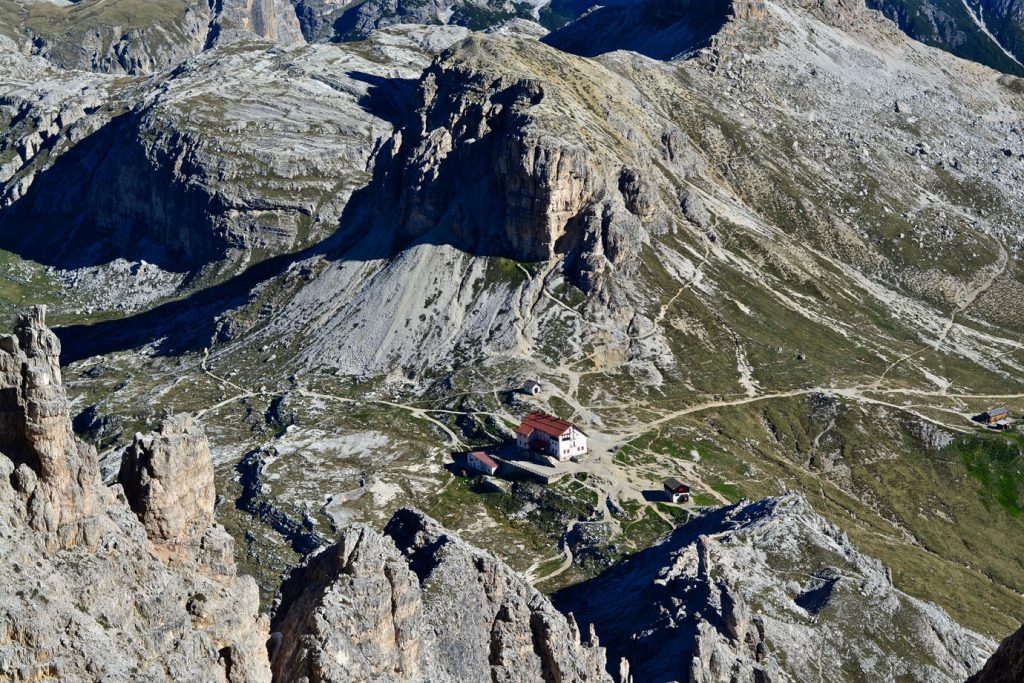 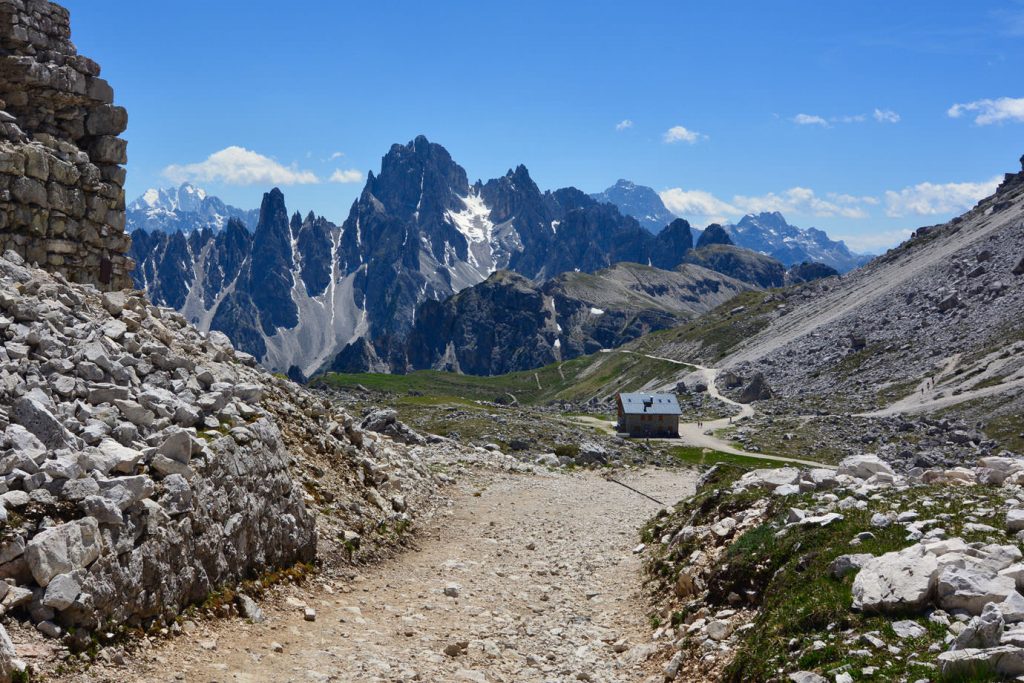 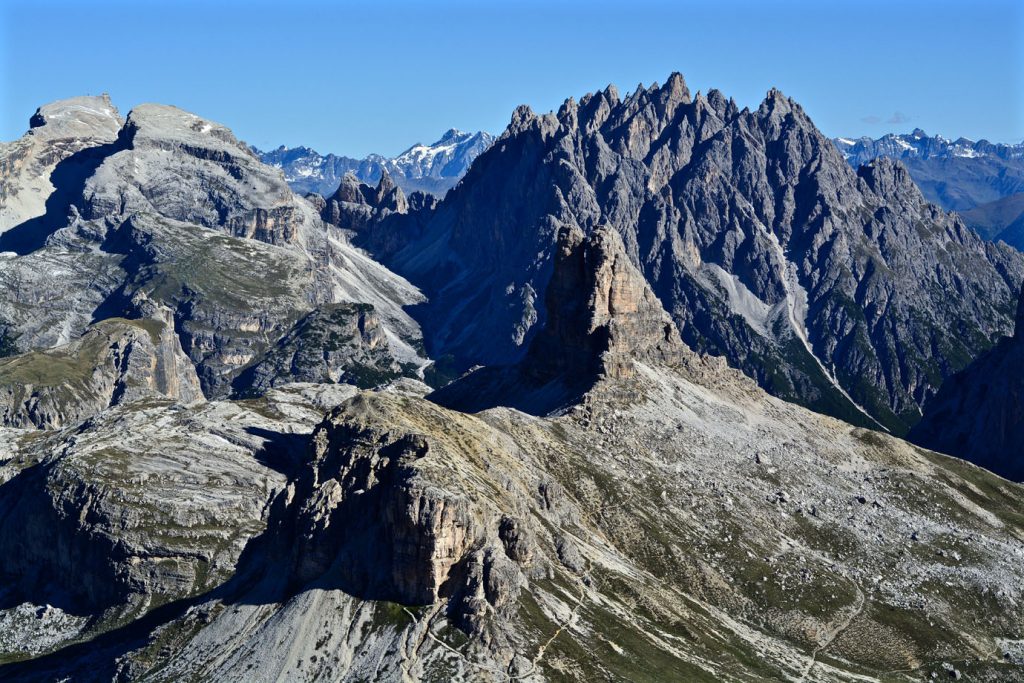 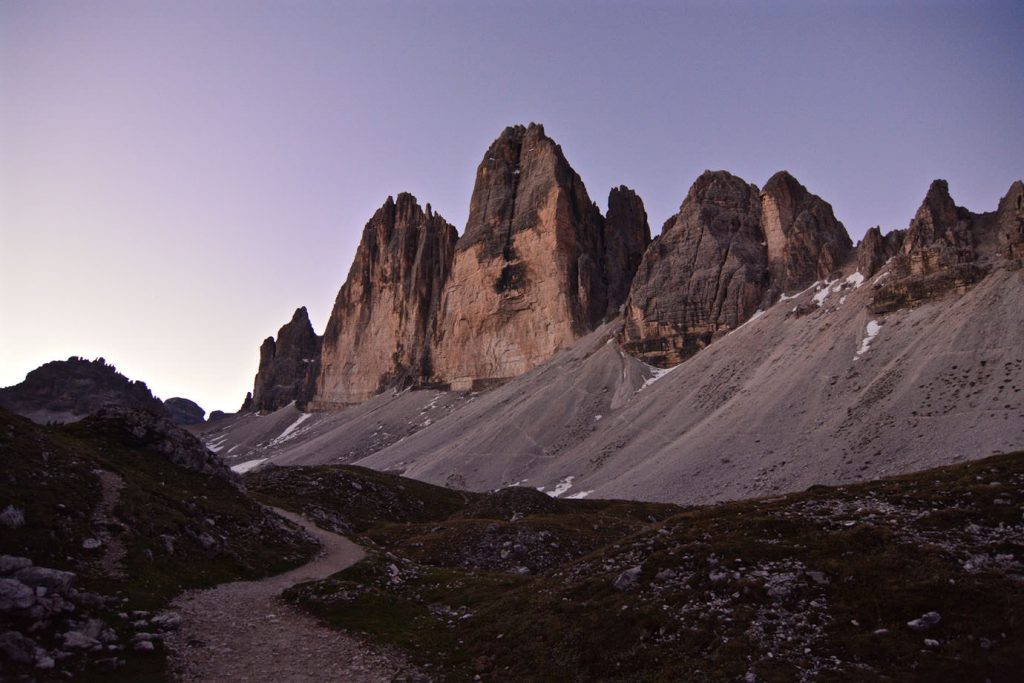 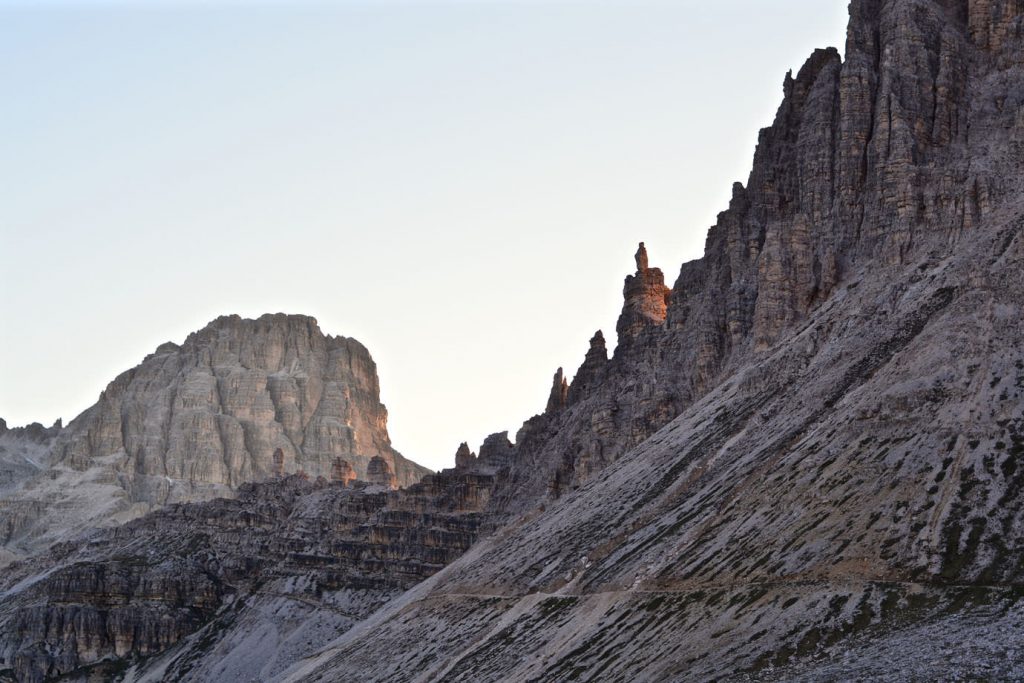 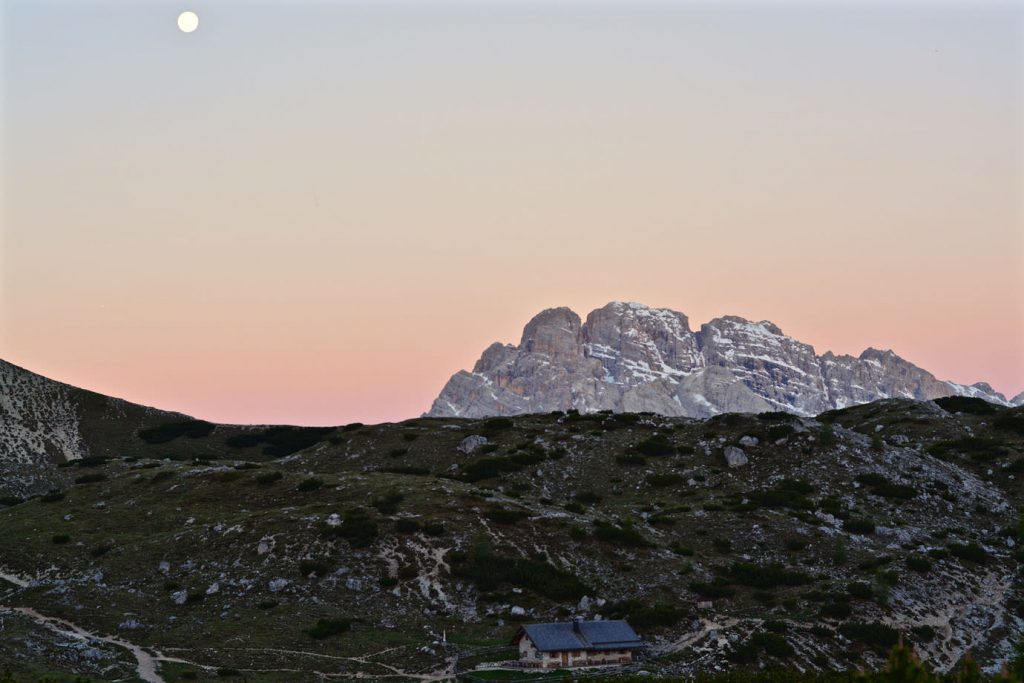 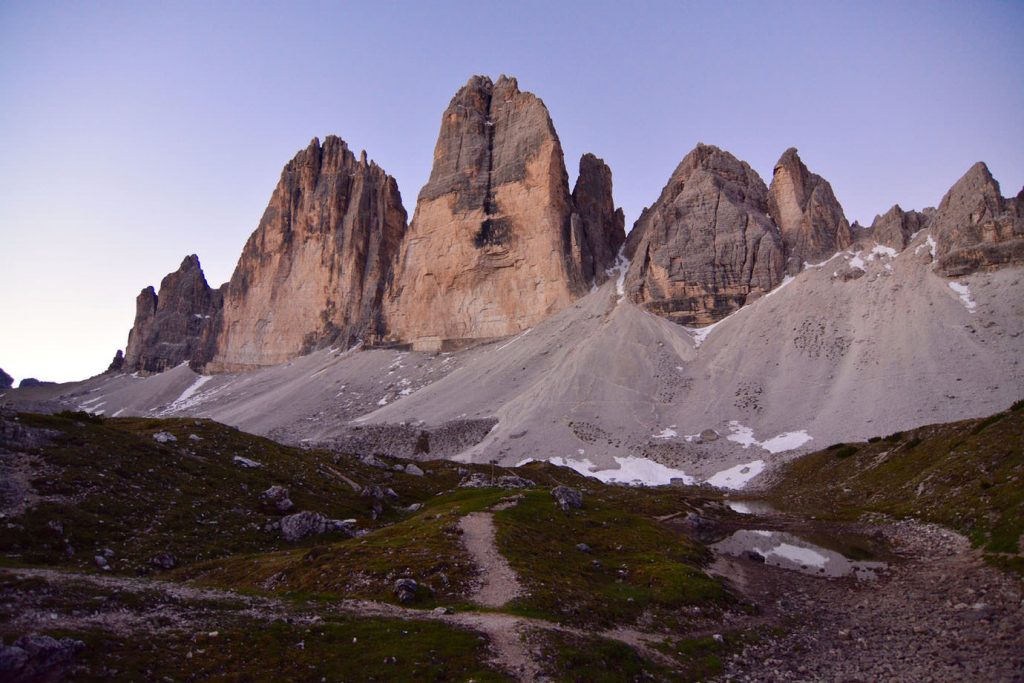 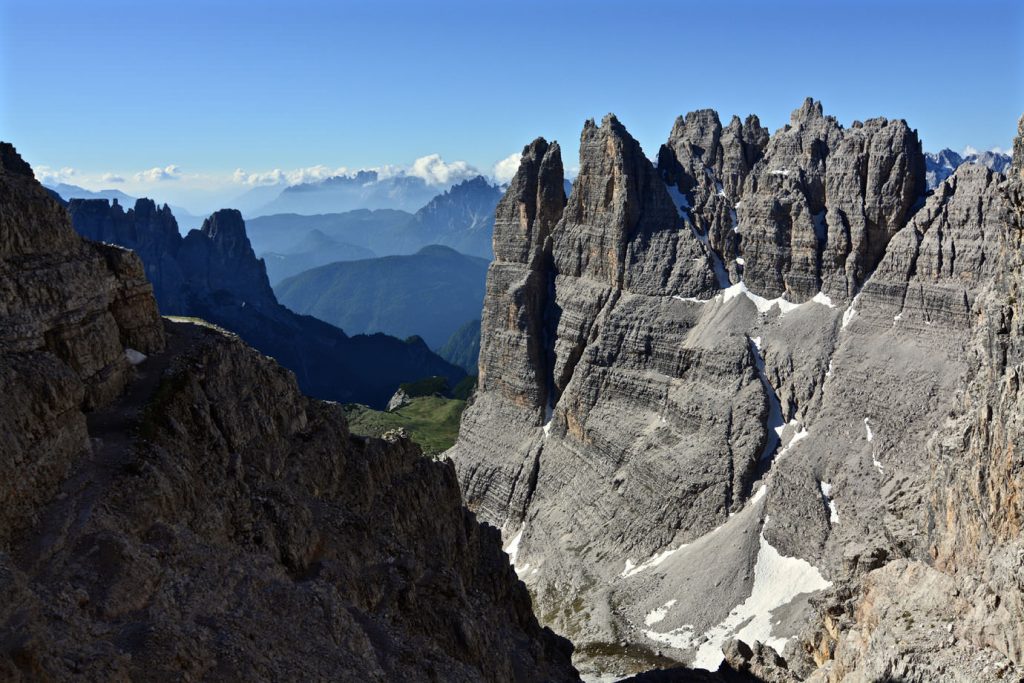 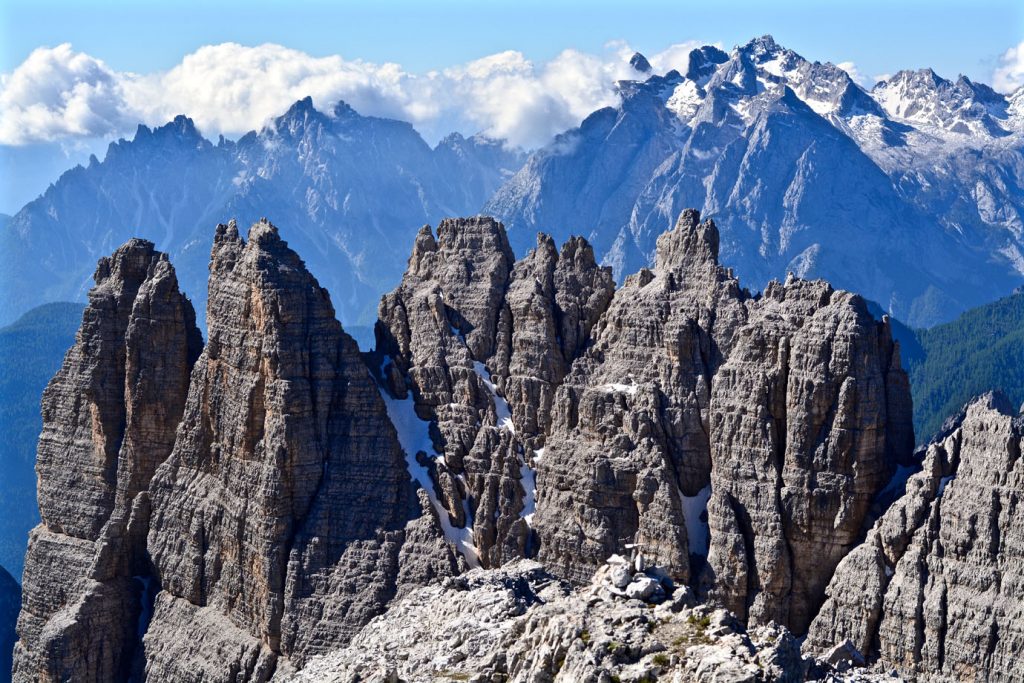 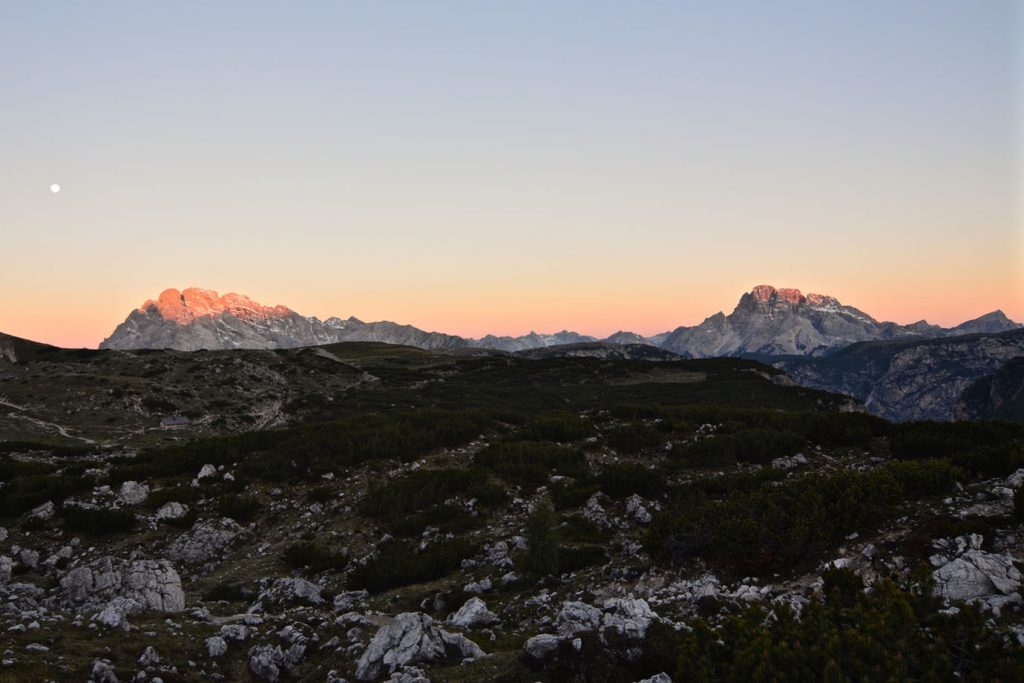 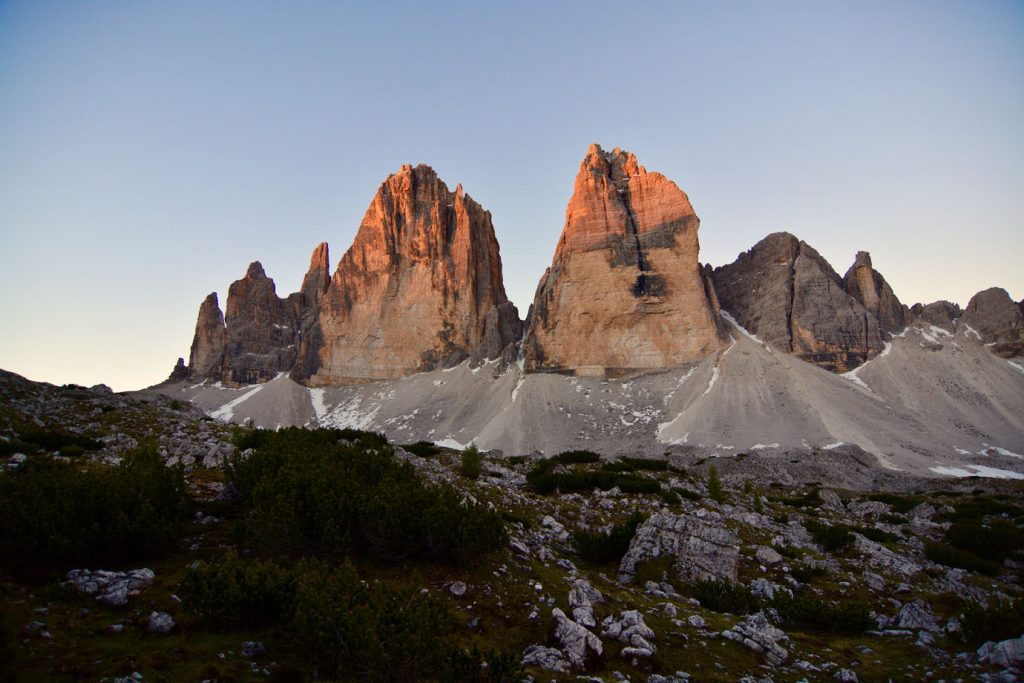 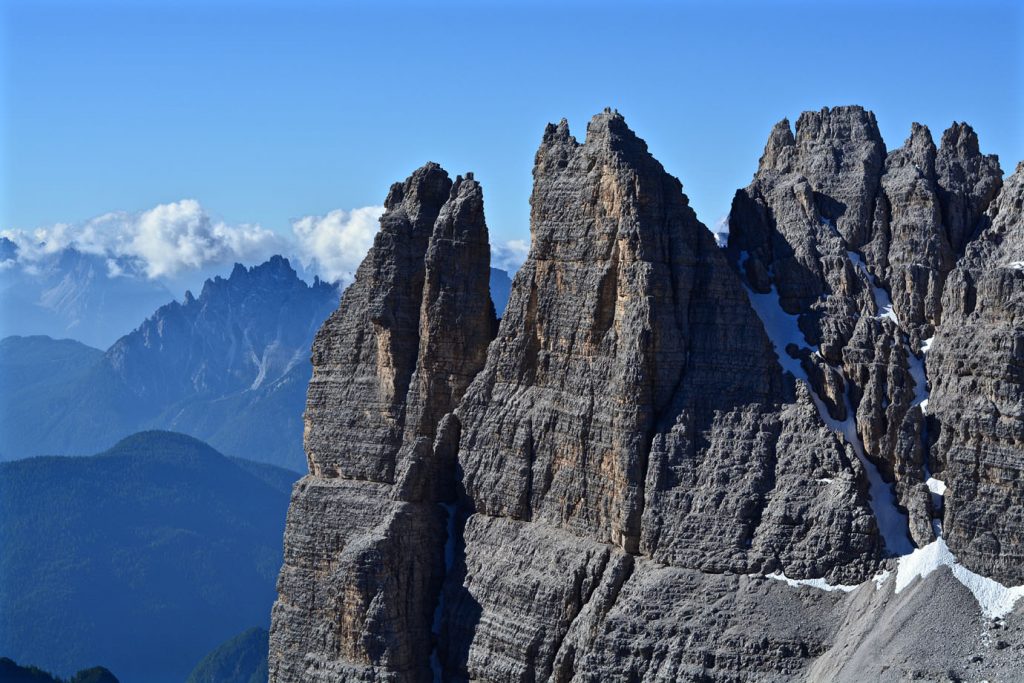 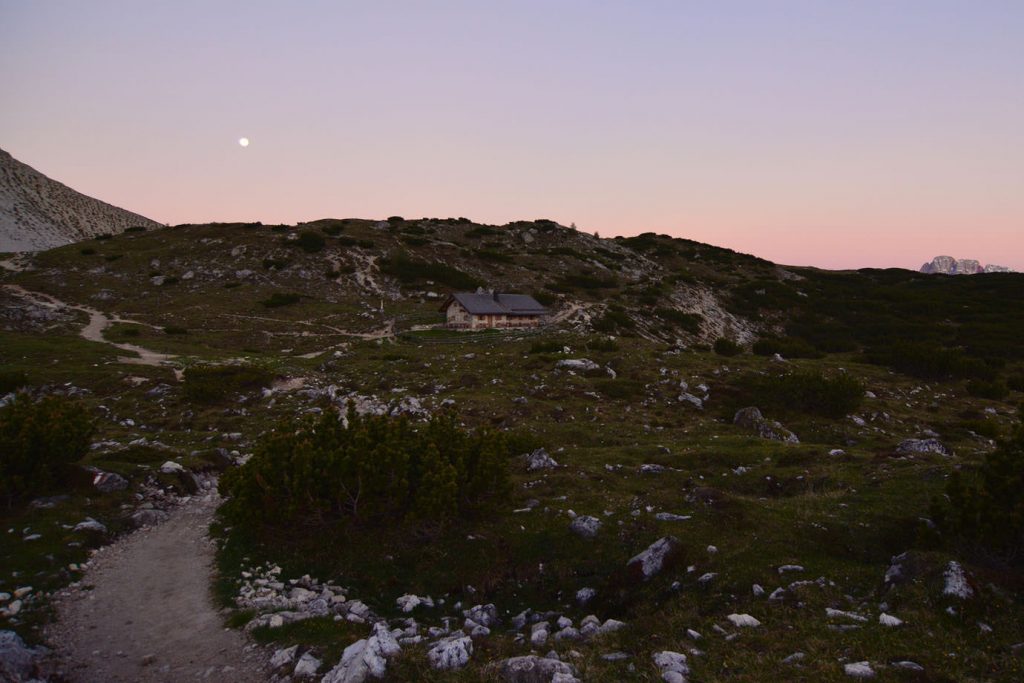 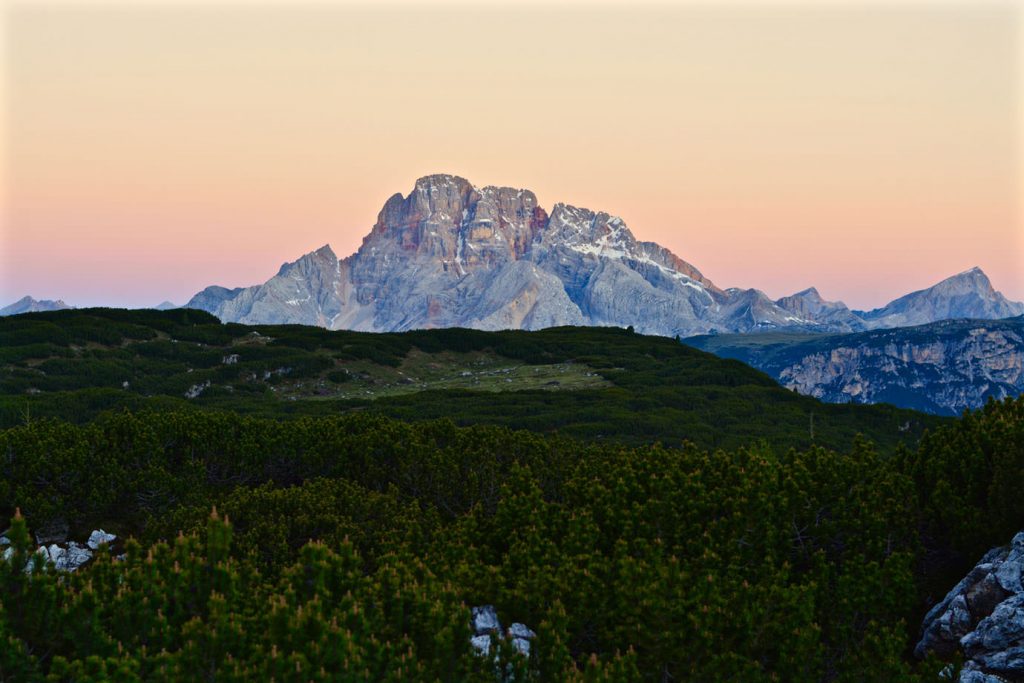