Wharariki Beach is a white sand beach on New Zealand’s South Island. Even if it is only accessible by foot it became quite popular in the last years but is still not overrun with visitors. The reason for the popularity of Wharariki Beach is a rock formation in front of it called Archway Islands. The Archway Islands are a group of four small islands with even the largest one only measuring about 300 by 200 metres. Often featured in landscape calendars the rocks are also one of the default Windows 10 wallpapers. Flanked by cliffs to the east and west Wharariki Beach and the grassy dunes behind are quite exposed to winds due to the flat topology. Therefore and because of the dangerous currents it is actually more a candy for the eye than a place to chill and swim. 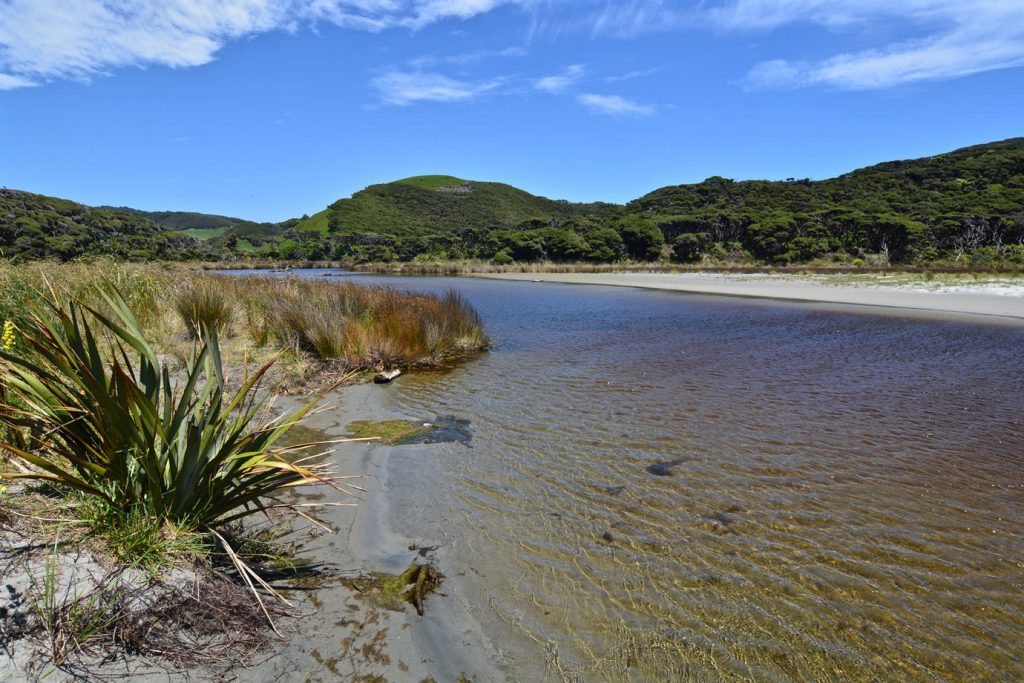 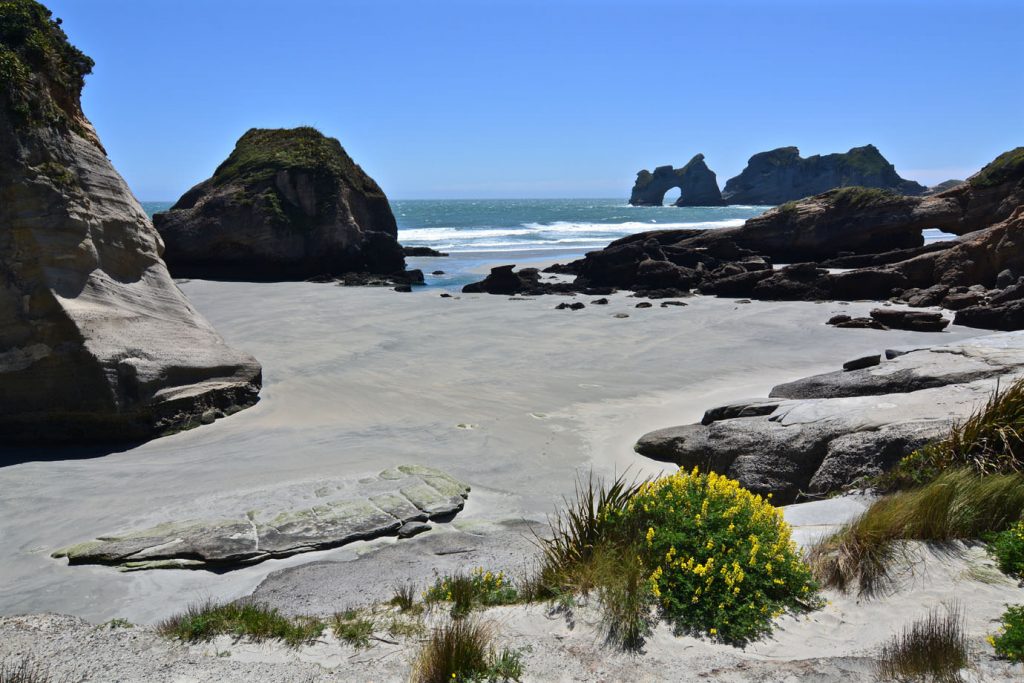 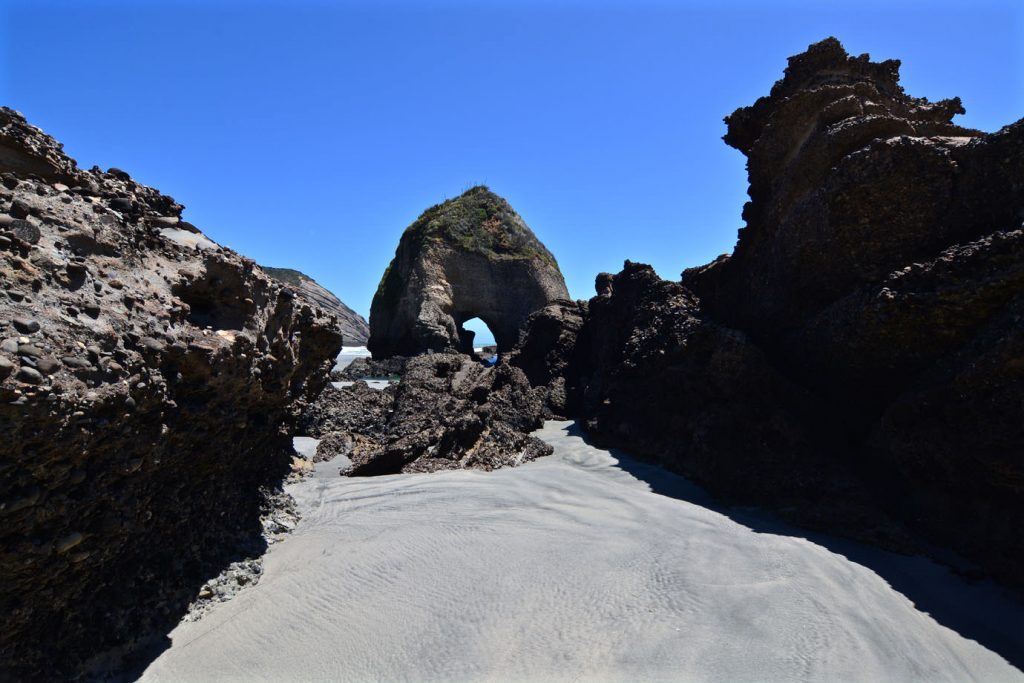 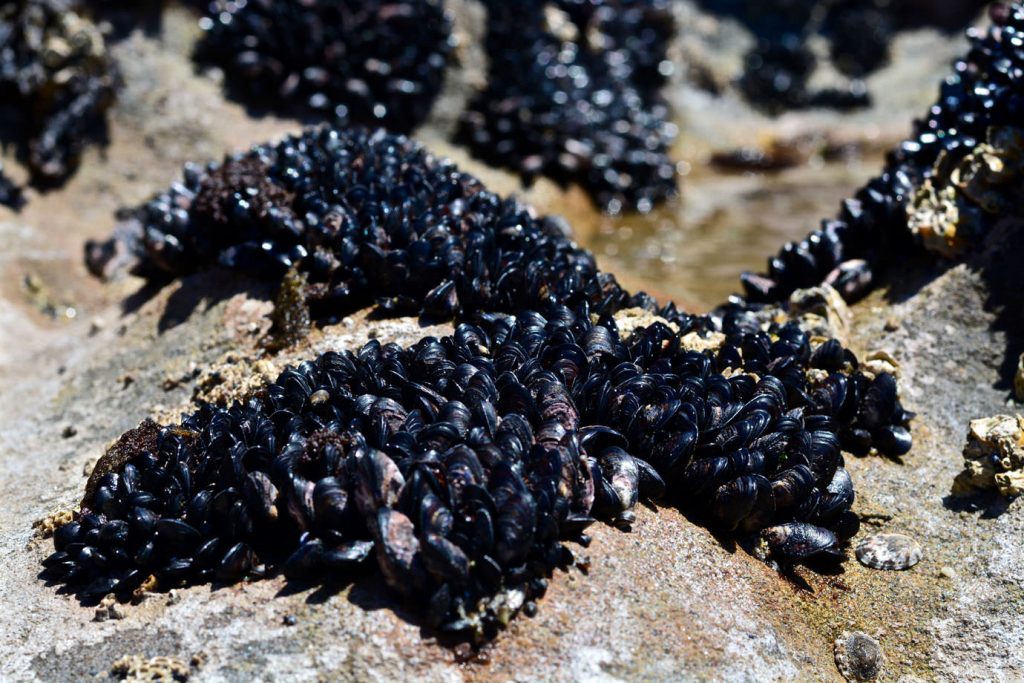 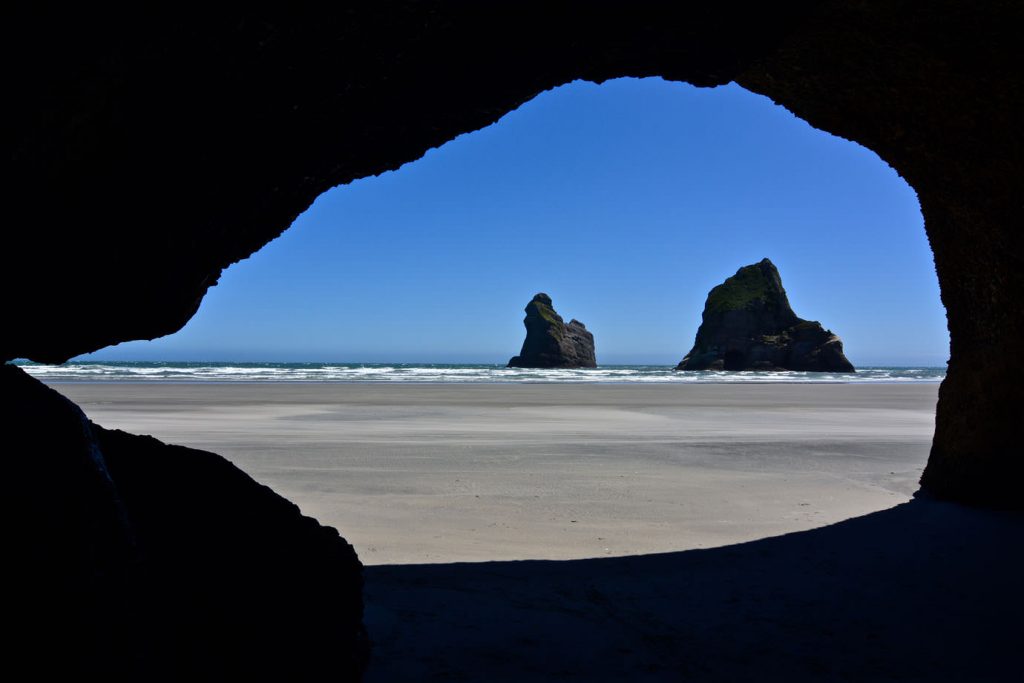 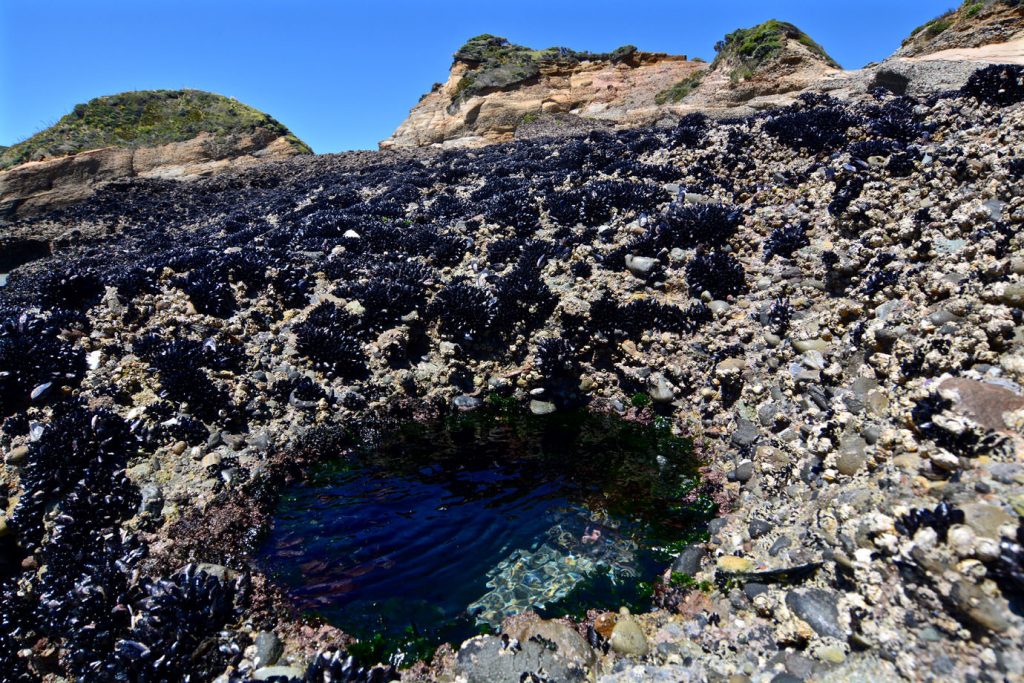 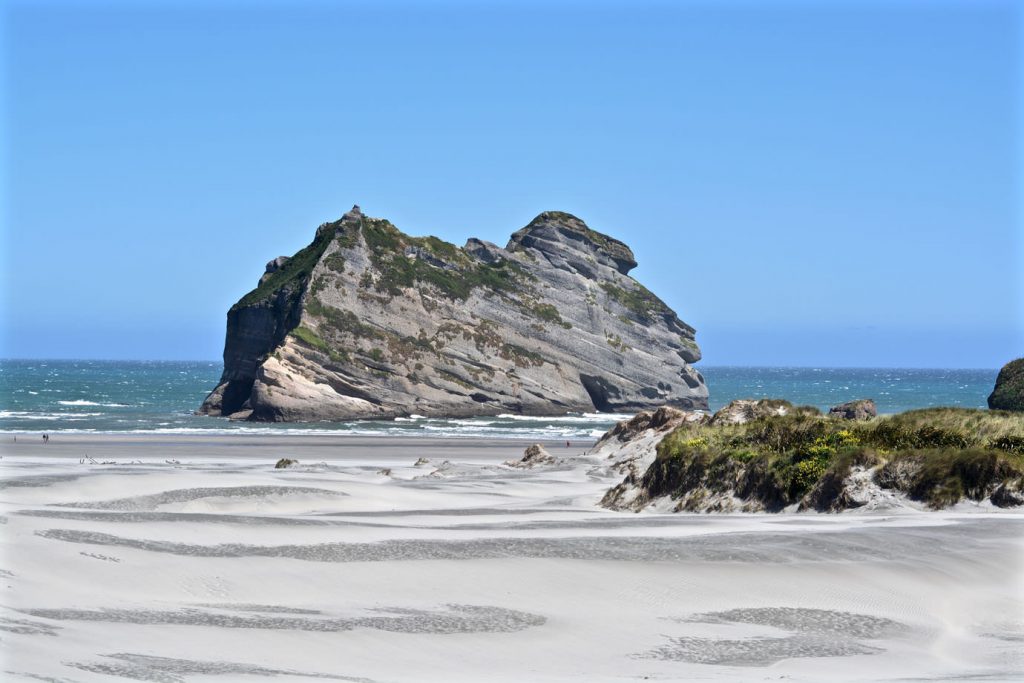 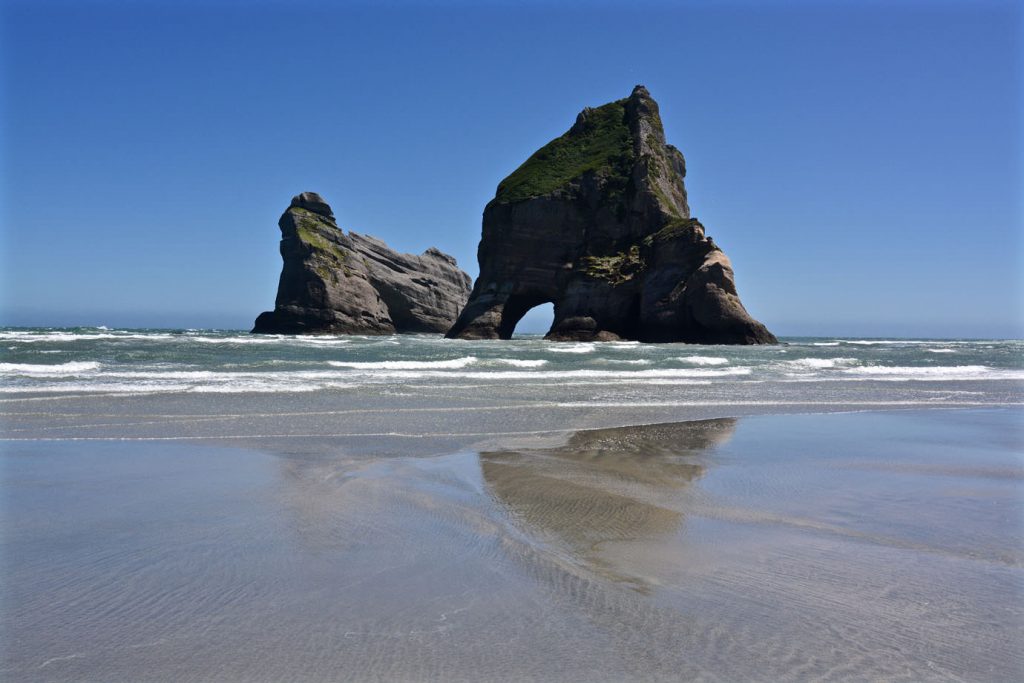 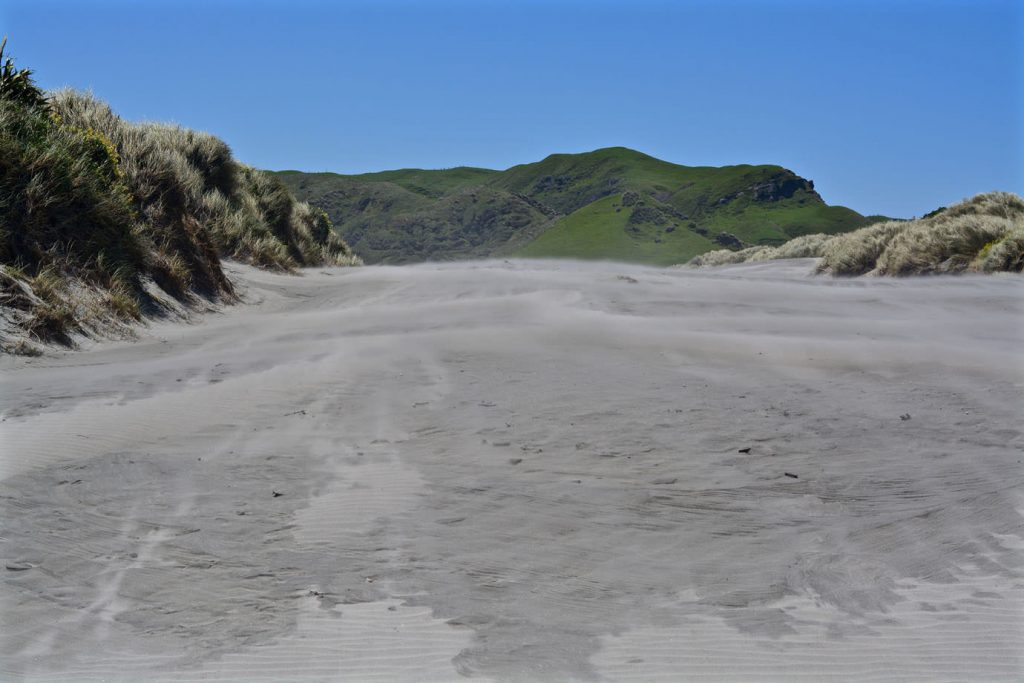 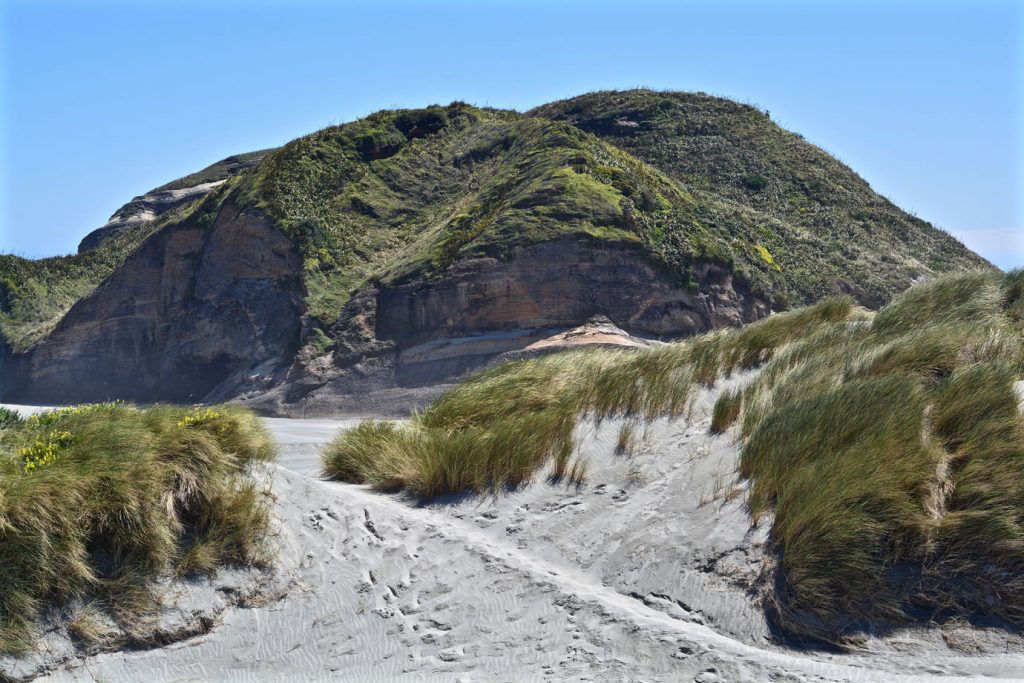 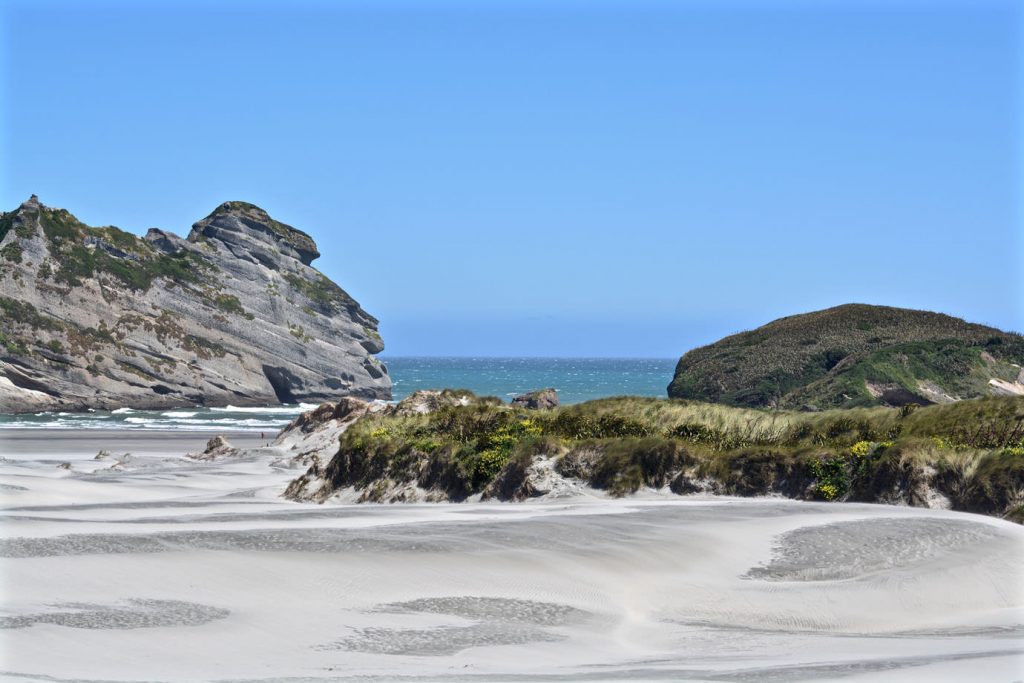 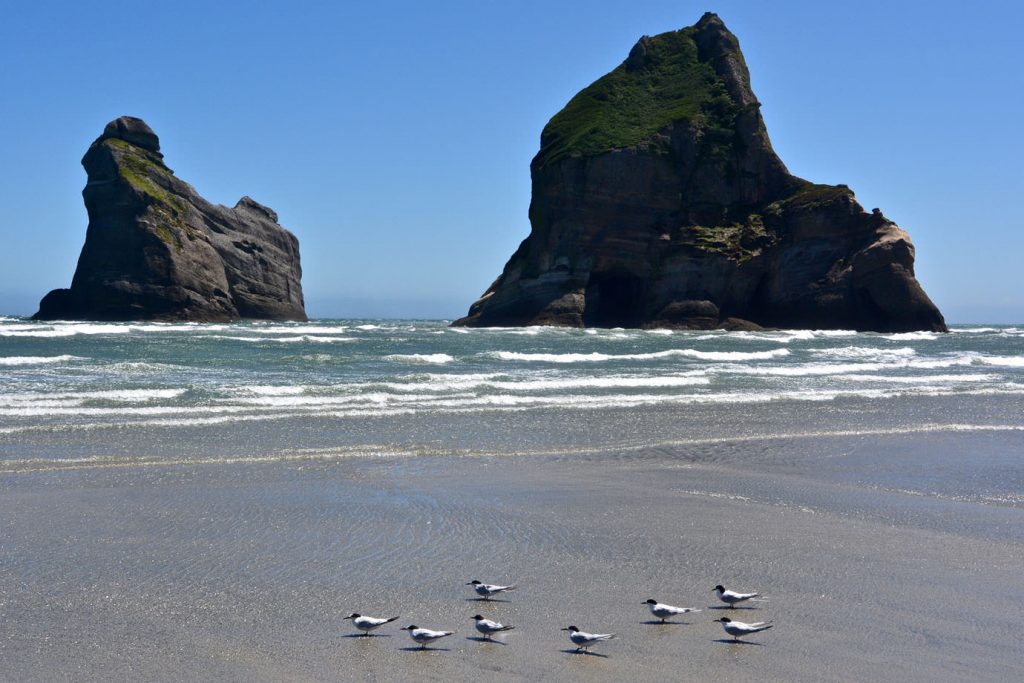